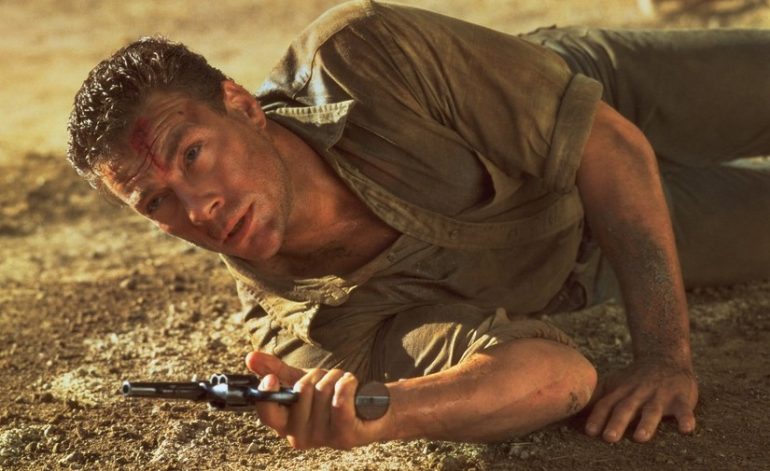 Nowhere to Run has been lovingly remastered by 88 Films and although it lacks a lot of bonus features I found the interview with Peter MacDonald hugely entertaining and the film has never looked or sounded better.

Plot: After escaping police custody, wanted man Sam Gillen (Jean-Claude Van Damme, Universal Soldier: The Return, Maximum Risk) finds shelter with single mother Clydie (Rosanna Arquette, Desperately Seeking Susan, After Hours) and her sprog ‘Mookie'(Keiran Culkin; Scott Pilgrim vs. The World, Succession). But their home is threatened by an evil developer (Joss Ackland – Lethal Weapon 2, Midsomer Murders), and he’ll stop at nothing to grab it. Sam can protect them – but what if it means he has to go back to prison?

Part written by Joe Ezterhas (Basic Instinct) and directed by Robert Harmon, director of horror classic The Hitcher, Nowhere to Run was a change of pace for The Muscles From Brussels, balancing the expertly choreographed action his fans know and love with some tender emotion – and he wears it well.

Review: Next up on the 88 Films Blu-ray review list is Jean-Claude Van Damme’s Nowhere to Run which was released back in February this year.

In Nowhere to Run Van Damme tries his hand at something a little different and it’s more of a romantic action thriller rather than what we usually would expect with JCVD; he gets to show more of a sensitive side proving that there is more to him than punching people in the face. This is one of his best performances and although Sam is an escaped convict he is soft spoken with a good heart and Jean-Claude makes him immediately appealing. We open with an impressive action sequence with Sam being broken out of a prison bus by his friend Billy (Anthony Starke) and if you pay attention you’ll notice Sven-Ole Thorson and Chuck Zito as fellow convicts.

Billy is killed during the escape and Sam ends up on the run by himself; he finds a quiet spot next to a farmhouse and all seems well until Sam discovers that a widow called Clydie (Rosanna Arquette) is being harassed by some thugs who work for local property developer Franklin Hale (Joss Ackland). He wants Clydie off her land so he can build his dream housing project… no matter the cost. When Sam intervenes this puts a spanner in the works for Hale so he tries to get corrupt local cop Lonnie (Edward Blatchford) to convince Clydie to sell; when this fails Mr. Dunston (Ted Levine) decides it’s time for him to put an end to this inconvenience once and for all.

Rosanna Arquette is incredibly sympathetic as Clydie who refuses to budge with the property developers and when Sam comes on the scene this only strengthens her resolve. Sam and Clydie inevitably develop feelings for each other but he also becomes a surrogate father to Mookie (Kieran Culkin) and Bree (Tiffany Taubman).

There are some choice one-liners so it still feels like a classic action movie with such zingers as “I’m the parking attendant and you’re bothering my customers”. It was only on this most recent viewing that I noticed Return of the Jedi director Richard Marquand had come up with the initial story; Joe Ezterhas (Basic Instinct) also had a hand in writing it.

The pace is a little slower than what we’re used to from JCVD as this is more of a character piece but there are still several fight scenes to keep things moving. This was a deliberate move by director Robert Harmon (The Hitcher) who didn’t want it to be an all-out action picture. According to second unit director Peter MacDonald the studio knew fans would expect more action so he shot the climactic motorcycle chase while Harmon would eventually walk away from the picture. I had no idea about the behind the scenes turmoil until I got this Blu-ray as we get a 9 minute interview with MacDonald who provides some insight into the making of the film. That is the only special feature on the disc but we do get a fold out poster and some post cards too.

It has been well remastered with clear picture and sound so the movie has never looked better.

Check out the full special features below:

Mark Isham is always reliable when it comes to action scores and his music for Nowhere to Run may be a little over dramatic at times but it works in making things more exciting.

Overall, Nowhere to Run was something different from Jean-Claude Van Damme where he gives us one of his best performances to date; the slower pacing may not be for everyone but I enjoyed the characters and especially thought Ted Levine made for a truly hateful antagonist. 88 Films Blu-ray is the best the film has ever looked so if you’re a fan of this movie then it’s worth picking up; please note however, this is a UK Blu-ray so you would need a multi-region player if you are in North America. 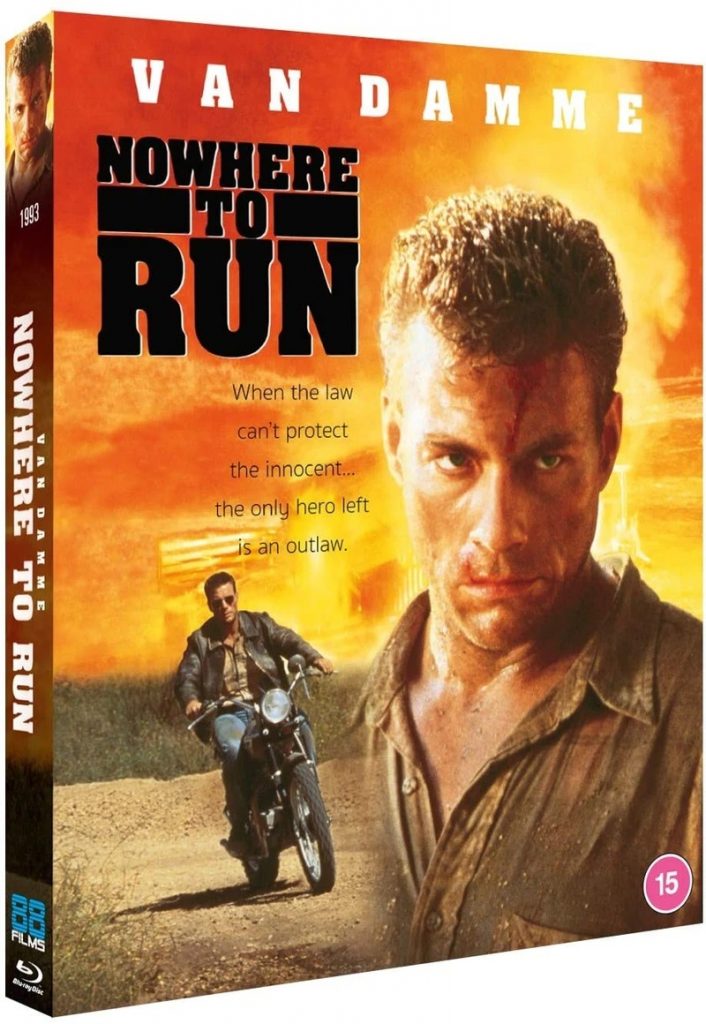