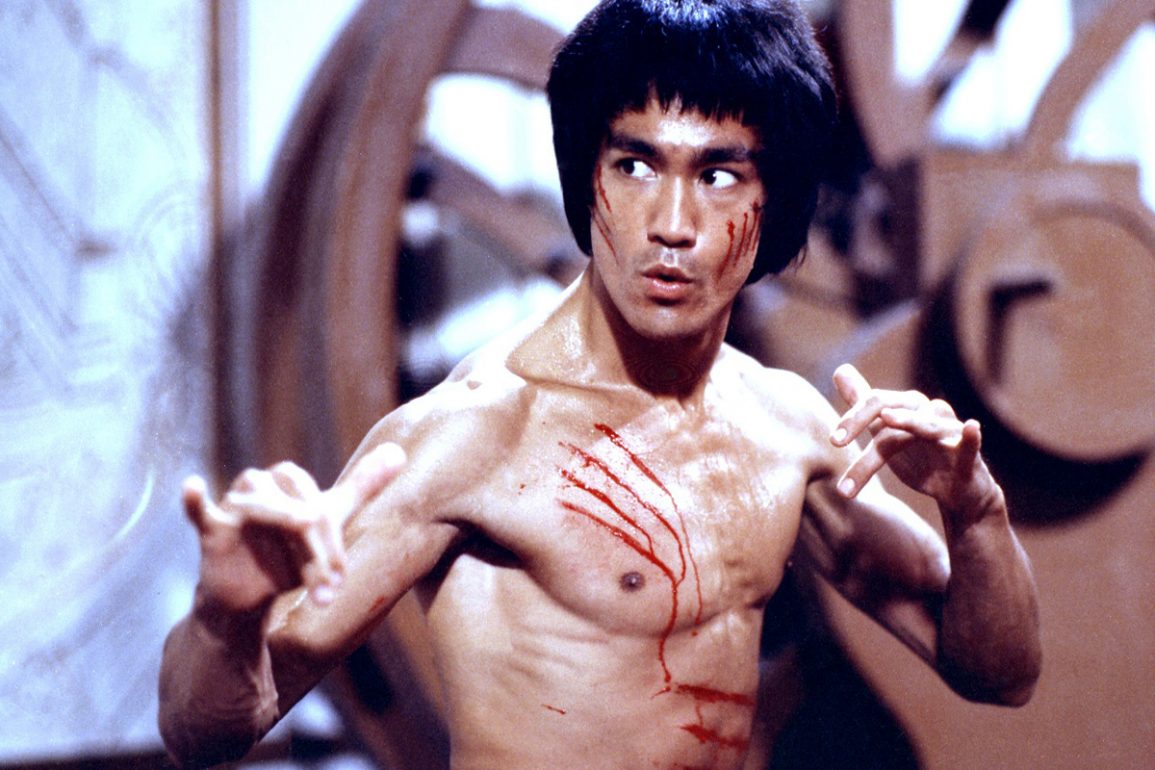 Nunchucks in the Movies

Nunchucks are a traditional Okinawan martial arts weapon consisting of two sticks connected at one end by a short chain or rope. They were used by Okinawan nobles but were not a popular weapon because they were apparently not efficient against the most widely used weapons of that time.

In the hands of the uninitiated who want to look cool, they can be dangerous… as they will no doubt hit themselves in the face repeatedly.

If you grew up in the UK like me, then you probably didn’t get to see the Uncut version of Bruce Lee’s classic Enter the Dragon. Why? Because of a man named Stephen Murphy; the then BBFC Secretary felt that the film exploited violence purely for the sake of entertainment.

According to the BBFC website “The success of Enter the Dragon, and the kung-fu genre in general, saw public concerns arise at the concurrent spread of the use of chainsticks (or nunchaku) and other martial arts weaponry among London youths. Media coverage of the issue caught the eye of Murphy’s successor as BBFC Secretary, James Ferman. In December 1979, Ferman recalled Enter The Dragon for another look in the light of these anxieties. Ferman asked the film’s distributor to remove sight of chainsticks in the fight sequence between Bruce Lee and his attackers. The images of chainsticks were also requested to be removed from the film’s trailer and its promotional posters.

The removal of chainsticks, as well as other martial arts weaponry such as throwing stars and flails, soon became standard BBFC practice with the advent of VHS bringing violent kung-fu films into the home in the early 1980s. When Enter The Dragon was classified for VHS in 1988, a kindlier view of the film’s violence was taken. The original five cuts were reduced to two; however, sight of the chainsticks remained cut.

Throughout the 1990s, specific public concerns about chainsticks declined, while fears about more accessible weapons, such as knives, grew. Despite a modification to the BBFC’s blanket ban of martial arts weaponry in 1991, when Enter The Dragon was resubmitted for video classification in 1993 and in 1996, cuts to sight of chainsticks in action were maintained.”

Thankfully in 2001 Enter the Dragon was eventually given an 18 Rating with every cut reinserted and we could finally see the film in all its glory. To this day I still don’t know why they didn’t just release the movie as an 18 Rating.

I always hated censorship and think it isn’t up to some Nanny State to tell people what they can and can’t watch. If the film has an 18 rating then kids aren’t going to be able to see it, unless their parents allow them to; so it’s the family’s responsibility.

On a random note I remember when the Teenage Mutant Ninja Turtles cartoon came to the UK, they changed the name to Teenage Mutant Hero Turtles because they thought Ninjas were too “violent”.

Even in Hollywood today you don’t see martial arts weapons used that often and yet you are allowed to watch people blown apart by machine guns.

Using the excuse that youths could use them as weapons is pretty dumb… anything can be used as a weapon in the wrong hands. What some censors may not know is that Nunchucks are ideal for training; they allow the development of quicker hand movements, improve posture and condition the hands of the practitioner… they also look freakin’ awesome on screen.

Some of the best nunchuck scenes aside from Enter the Dragon include Legend of the Fist starring Donnie Yen (below), The Way of the Dragon and Game of Death. Although it’s more of a comedy the nunchuck scene in Black Dynamite is also pretty awesome.

I can’t explain why but any time someone takes out nunchucks in a film, I am in my happy place. I think they are an incredibly cinematic weapon and although they have their flaws in real life, watching Lee or Yen take on legions of goons with them is always satisfying.