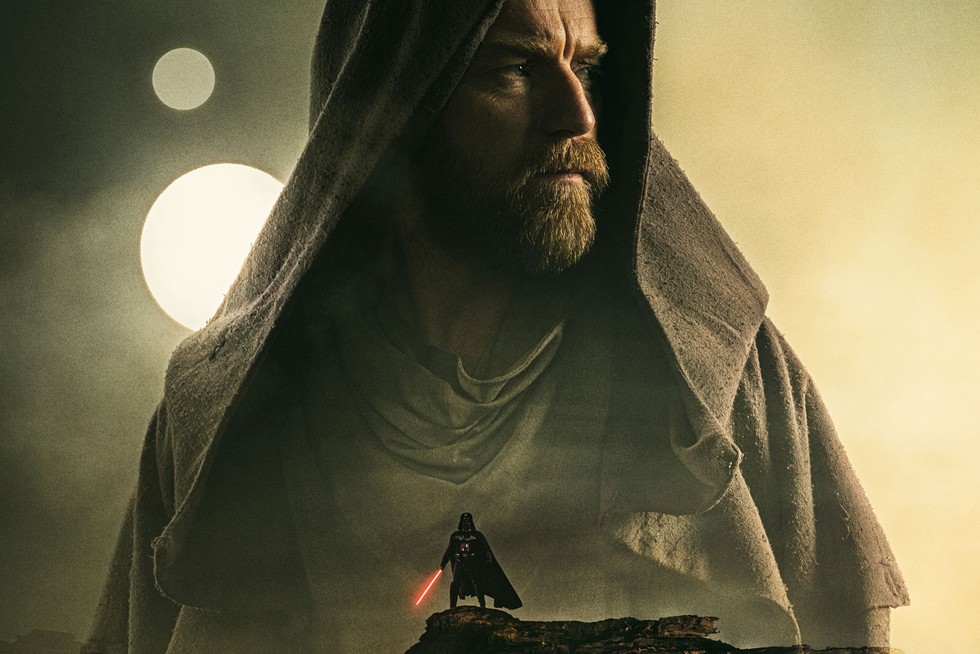 Obi-Wan Kenobi is certainly flawed but it’s the last two episodes which really elevate it and unlike The Book of Boba Fett at least Kenobi himself is in every episode. There are some wonderful moments of fan-service especially in the final episode and it has some surprisingly emotional scenes adding extra depth to Kenobi and Anakin’s relationship. Action highlights include Darth Vader bringing down a spaceship using the Force and the lightsaber battles in the final two episodes.

Plot: Set ten years after the events of Star Wars: Episode III – Revenge of the Sith (2005), the series follows Kenobi as he sets out to rescue the kidnapped Princess Leia (Vivien Lyra Blair) from the Galactic Empire, leading to a confrontation with his former apprentice Darth Vader (Hayden Christensen).

Review: We Star Wars fans are generally known as a bunch of whining manbabies who complain about everything new and are never happy with anything; I’d have to agree as I am one of said manbabies (although I love Rogue One and Mando) however, despite a bit of a shaky start I still enjoyed the 6 episode limited series of Obi-Wan Kenobi mostly for the final two episodes.

It has its flaws and my biggest gripe is the technology known as the Volume which is great for daytime scenes but anything that takes place at night I can barely see what’s going on. This is the case for several episodes of the show where I had to turn all the lights off and close the curtains just to see what’s going on so if we do get a second season then maybe use more practical sets so we get that natural light.

I’m going into major spoilers here so if you haven’t finished the series yet then read no further.

Taking place 10 years after the events of Revenge of the Sith, Obi-Wan Kenobi (Ewan McGregor) is in hiding on Tatooine watching over Luke Skywalker from afar; this is Obi-Wan as we’ve never seen him before. He is in despair, disconnected from the Force and riddled with guilt after what happened with his former apprentice Anakin (Hayden Christensen). A lot of fans had a problem with this and gave up with the show early on but I understood what they were doing here and saw that it would be character development… which is exactly what it was. Anyway, Obi-Wan is doing a mundane job while keeping an eye out for Luke but is contacted by Bail Organa (Jimmy Smits) as his daughter Leia has been kidnapped. Obi-Wan reluctantly leaves Tatooine to go save her but it doesn’t take long before the Inquisitors and his former apprentice are in hot pursuit.

I was unsure as to why we had young Princess Leia in this series especially going on adventures with Obi-Wan as I thought she didn’t know him before A New Hope but that’s basically cleared up with a simple line of dialogue in the final episode. I don’t think we needed to have her kidnapped twice; that was just lazy writing and padded things out unnecessarily.

People also complained about Reva (Moses Ingram) and I have to admit she didn’t really add much to the show at times taking away from Obi-Wan and Anakin’s conflict which is why we’re all here after all. Some of her line delivery isn’t the greatest but Star Wars was never known for the its performances or dialogue; Carrie Fisher in A New Hope uses a “British” accent for like 3 scenes then gives up so Ingram never has anything overly jarring. I think the biggest issue is that she is trying too hard to seem intimidating by shouting all the time whereas the Imperials are usually soft spoken which is what makes them more threatening. When we find out her story though it’s understandable why she behaves the way she does and when she breaks down crying at the end I thought she nailed it perfectly. I actually liked where her arc went and she’s likely going to show up in future shows which I will still happily watch and probably complain about anyway.

The Grand Inquisitor is maybe my favourite addition to the series and I loved Rupert Friend in the role; he looks different from Jason Isaacs in Rebels but I still thought Rupert killed it, clearly relishing every second. I also think that Joel Edgerton is one of the best pieces of casting in Star Wars as he really captures the gruffness of Uncle Owen.

It could be argued that this would have worked better as a movie as at times it looks a little cheap lacking the scale or ambition required for a space opera such as Star Wars. I was also annoyed about the music choices as we never heard any of the Star Wars themes until the final episode but I figured each character had to “earn” their leitmotifs which they all do by the end. I still think we should have had the Imperial March used more often as it would have added so much more dramatic weight; the music in Star Wars is a character in itself so hopefully once again if we get another season they can give us the proper Star Wars themes again. I did like John Williams’ new Obi-Wan theme which sticks in your head like the best of his tunes.

Disney may have screwed up a few things (like the Sequel trilogy) but one thing they have gotten right every time is the portrayal of Darth Vader; from Rogue One to Obi-Wan Kenobi he has never been more terrifying (at one point even snapping a child’s neck with the Force).

The final two episodes of this series are the obvious highlights and it’s wonderful to see Hayden return especially in that flashback scene; sure, the de-aging isn’t amazing but I didn’t care and just loved seeing the master and apprentice together again. The “rematch of the century” for the most part lives up to the hype with a genuine emotional weight to it especially Kenobi’s reaction when he sees Anakin’s face again; this is one of the scenes that is too darkly lit though and could have benefited from better lighting but I found that you genuinely finally feel like Anakin and Vader are the same person as the scene with “both of them” talking to Obi-Wan was arguably the best of the series.

The action in the earlier episodes is somewhat laughable especially the much discussed chase scene on Alderaan with Leia running through the woods where three adults are unable to catch her; then we have the other chase in the second episode where she is able to outrun everyone. It’s really when Vader arrives that the show picks up and we get to see proper lightsaber action and I like how they aren’t afraid to show Vader at his most brutal. The end of episode 4 where he screams “YOU WERE WARNED!” is the character at his monstrous best. The flashback scene in episode 5 is my favourite lightsaber duel of the show as you can clearly see everything and it uses similar choreography to Revenge of the Sith; Vader crashing a ship using the Force was also awesome and a nice nod to The Force Unleashed.

There are all kinds of Easter Eggs in this show including references to Jedi: Fallen Order so maybe we’ll see Cal Kestis in the next season (if indeed we get one).

One thing I wasn’t expecting from this series is how it’s made me grow to appreciate the Prequels more; I watched both Sith and Attack of the Clones recently and despite their flaws I enjoyed both thoroughly. The Phantom Menace I still struggle with purely due to Jar Jar but at least the final lightsaber battle is awesome.

Overall, Obi-Wan Kenobi is far from perfect and the first few episodes feel mostly like filler but it’s the final two which elevate the series giving me at least everything I wanted to see; I still would love at least one scene where we get to see Obi-Wan, Anakin and Ahsoka together in live action but we may get that in her series next year. It’s Darth Vader and the return of Hayden that really makes the show worthwhile but the return of a certain someone at the very end was the cherry on top.