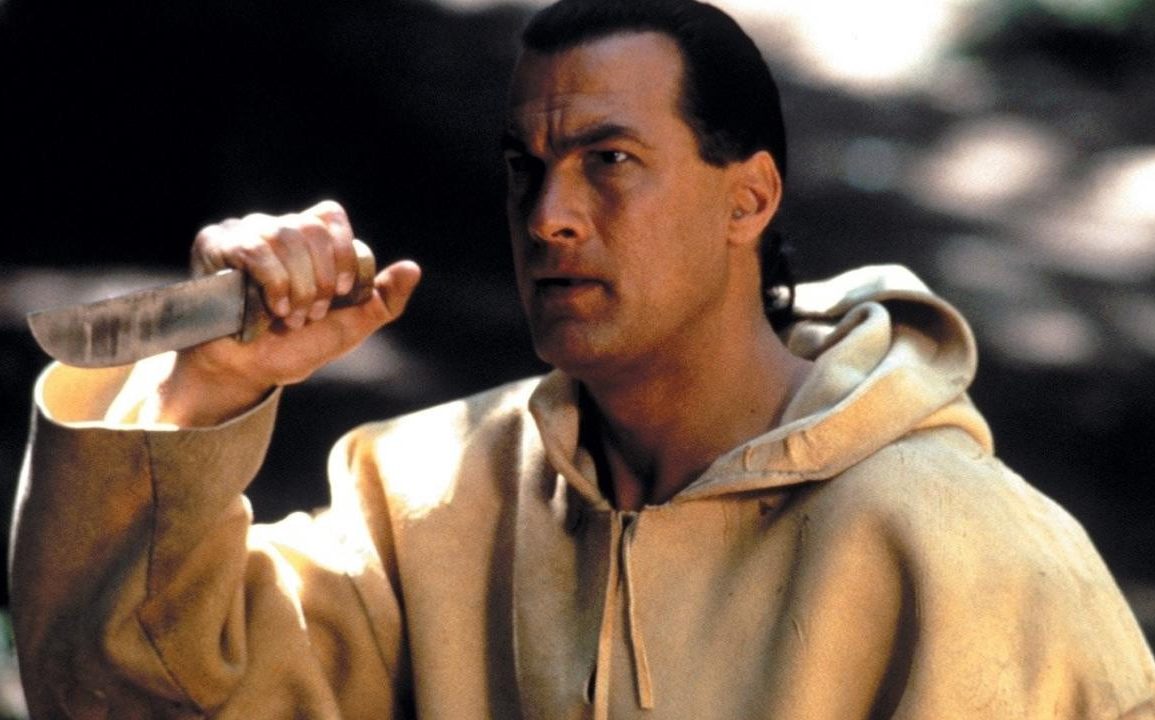 On Deadly Ground is good fun, but is let down by poor pacing and an overly preachy message. It’s worth seeing for Michael Caine and Steven Seagal lighting a cigar on an explosion.

Plot: Forrest Taft (Steven Seagal) is putting his considerable talents as a fighter and marksman to use as a hired gun for the sleazy oil tycoon Michael Jennings (Michael Caine). The latter’s bottom-line tunnel vision has him destroying entire communities if it means a bigger profit for his business. While in Alaska taking care of some business for his amoral boss, however, Taft meets a native Eskimo woman (Joan Chen) who helps him to discover the error of his ways and pursue a more righteous path.

Review: I saw this about 3 times in the cinema with my dad and brother and I still love it today; is it a good film? Not really, but it is unintentionally funny in places and it does have an awesome cast. Steven Seagal, Michael Caine as an evil oil developer, Billy Bob Thornton, John C. McGinley and R. Lee Ermey all lend their talents to an environmental action film with a very mixed message.

Seagal plays the hilariously monikered Forrest Taft who has the worst fashion sense since… actually, of all time. He’s a mystical martial artist/environmental agent who takes on a ruthless oil corporation headed by Michael Caine. The film is actually rather slow moving and the pacing really lags in the mid section, but the final half hour makes it completely worth while as Taft heroically blows up an oil rig, throws unarmed women in to helicopter blades, shoots, dismembers and destroys anyone who gets in his way; but it’s alright… he’s saving the environment. HURRAH!

Surely the exploding oil rig would cause more environmental damage rather than y’know, shutting it down? But then it would be a pretty tedious movie. It kinda already is with an annoyingly preachy message by Seagal at the end.

On Deadly Ground does have a HUGE body-count though with plenty of violence and action; it’s also the first time an action star has ever been referred to as “cupcake” in another classic Seagal bar-fight. Note to self: Never be in a bar when Steven Seagal is near by.

Michael Caine is great as the bad guy who is hilariously smug and looks down his nose at the Eskimos he is trying to remove, so he can build his new rig. John C. McGinley was THE go to villain guy for all 90’s action films and he’s a complete bastard in this movie as well. Fear not though, he gets his comeuppance… and how!

Basil Pouledoris provides a great action score with a memorable theme tune and it works really well with the stunning scenery on display.

This was Seagal’s directorial debut and although it’s nicely shot, the pacing could definitely have been better and a little less preaching wouldn’t have gone amiss.

Overall, On Deadly Ground is good fun, but is let down by poor pacing and an overly preachy message. It’s worth seeing for Michael Caine and Steven Seagal lighting a cigar on an explosion.