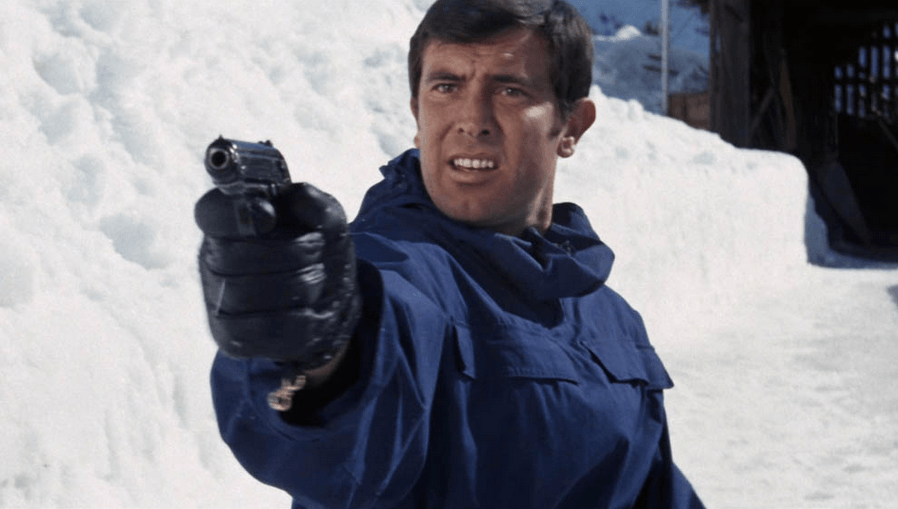 On Her Majesty’s Secret Service (1969) Review

OHMSS isn’t anywhere as bad as people say, it’s only let down by George Lazenby’s rather boring turn as Bond but the action, story and genuine emotion lift it above average and it is one of my favourite Bond films.

Plot: James Bond woos a mob boss’s daughter and goes undercover to uncover the true reason for Blofeld’s allergy research in the Swiss Alps that involves beautiful women from around the world.

Review: This movie has usually been seen as the black sheep of the Bond series due to George Lazenby’s wooden turn as the suave secret agent, but the movie itself has very little to fault it.

Let’s go to what matters, the action; OHMSS has a fantastic final action sequence with a helicopter assault on Blofeld’s compound in the mountains. You can very much tell that it influenced Christopher Nolan for his Inception movie. There are some fantastic stunts and the climactic chase in the bobsled is something that has rarely been seen before or since.

This is also one of the few Bond movies with genuine tragedy; it’s in this where Bond meets the love of his life (Tracy) who is taken from him on his wedding day by Blofeld. For the record Telly Savalas is easily the best Blofeld for me; he is creepy and just plain evil.

Diana Rigg plays Tracy as really likable and she’s the perfect foil for Bond, so when she dies we are almost as upset as he is.

This movie has the most downbeat ending of any Bond movie and it deserves major props for being so ballsy, especially for the time.

There are some choice one-liners and it has a ridiculously awesome story too. It’s just a shame Lazenby lacks Connery’s charisma but he’s not that bad and I wouldn’t have minded seeing him return to the role.

OHMSS has one of the all time great Bond movie scores too from the late, great John Barry. He will always be the best composer for Bond as his music could be so atmospheric and at times creepy. This is also the movie that gave us We Have All the Time in the World by Louis Armstrong which is one of the most beautiful and moving Bond themes.

Overall, OHMSS isn’t anywhere as bad as people say, it’s only let down by George Lazenby’s rather boring turn as Bond but the action, story and genuine emotion lift it above average and is one of my favourite Bond films.