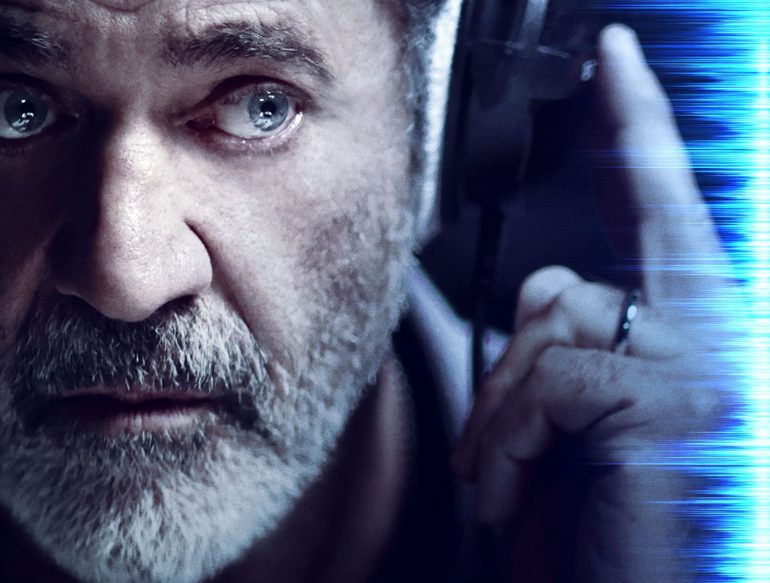 The first half of On the Line makes for a taut thriller with Mel Gibson giving one of his better performances of late but the ending ruins everything that has come before and literally put me in a bad mood for the rest of the night. It’s worth maybe watching once as I’d love to know how you feel by the end but personally I was pissed.

Plot: A host takes a call, where an unknown person threatens to kill the showman’s entire family on air. To save loved ones, the radio host will have to play a survival game and the only way to win is to find out the identity of the criminal.

Review: On the Line is more of a thriller than an action picture, but it has Mel Gibson in it and I feel like reviewing it, so there.

I can’t think of anyone more suitable for the role of motormouth DJ Elvis Cooney than Mel Gibson in this picture; he gives one of his better performances of recent times as he shows every range of emotion from arrogance to fear to anger and more.

I was really invested in this movie for the first half as Elvis is an obnoxious asshole to everyone around him but when he gets a phonecall live on air from someone called Gary he is forced to look at the way he has lived his life… or has he? I can’t talk about this movie without going into major spoilers so I’m going to have to warn you that there are spoilers ahead.

On the Line is the kind of movie where you’re going to love the twist at the end or absolutely hate it. I personally hated it and found it insulting to the viewer because it ends up that Elvis doesn’t learn anything and has no arc whatsoever. He’s a dick at the start and a dick by the end so there is no character development and I found myself furious that I’d wasted 90 minutes getting involved in a story that didn’t matter. It was such a cop out that I was literally in a bad mood for the rest of the night after watching it.

The first half ratchets up the tension nicely as well and I was fully on board with it and wasn’t sure how it was going to go; we’ve had this kind of story before but this reminded me of Davd Fincher’s The Game except not as good.

Throughout the runtime I knew something wasn’t right and I felt there was going to be some kind of reveal at the end, but it certainly wasn’t what I’d expected. It’s definitely not a movie I would watch again as once you know what happens you realise it’s nothing more than a cheap gimmick and a complete waste of your time.

Overall, On the Line has a decent performance from Mel Gibson and the first half builds up the tension nicely but totally unravels in the finale with the dumbest and most infuriating ending I’ve seen for a long time. Watch it out of curiosity as I’ve read some people like the way it finishes but others will be as angry as I was.