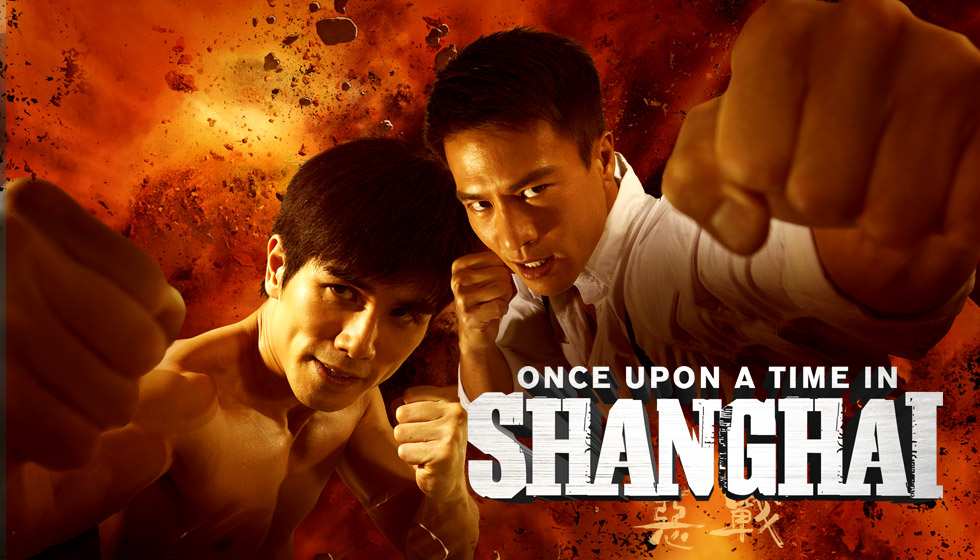 Once Upon a Time in Shanghai has plenty of martial arts action and a new action icon in Philip Ng.

Plot: A laborer moves to Shanghai in the hope of becoming rich. But ends up using his kung fu skills to survive.

Review: Once Upon a Time in Shanghai is an incredibly stylish martial arts movie which really gives us a good look at the skills of Philip Ng who plays the naïve but likeable Ma Yongzhen.

He comes to Shanghai looking for paradise but ends up finding trouble instead; his mother has made him wear a bracelet on his arm to remind him how powerful he is because he can literally kill a cow with one punch.

So Ma befriends local gangster Long Qi (Andy On) who can apparently defeat any man with ten hits; the two men fight throughout the movie but it’s more for fun rather than genuine fighting.

Andy On is incredibly charismatic as Long Qi and he’s actually a far more interesting character than the rather bland Ma Yongzhen.

You’re not quite sure if Qi is good or evil but the fact that people are drawn to him means there is more to this man that meets the eye.

Ma and Qi decide to work together but the other local gang leaders don’t approve of Long Qi taking over so things start to go pear shaped.

Sadly, the story and the script really aren’t all that engaging and you won’t really care what happens to the majority of characters.

We do get a nice supporting role from Sammo Hung though who plays the kind hearted Master Tie but he doesn’t really get to do very much.

Despite not having all that exciting a story, the film more than makes up for it in spectacular fight scenes; Philip Ng moves inhumanly fast and like other reviews have said, he is reminiscent of Bruce Lee.

The final 20 minutes are kung-fu heaven with Ma Yongzhen beating up practically the entire town and he moves so fast you nearly have to press pause just to see him move. He’s an amazing talent but that’s not to take away from Andy On who also has some brilliant fight scenes.

There is some nice attention to period detail with some elaborate sets; the black and white mixed with colour aesthetic does get a bit annoying after a while though and makes it a bit dreary.

Overall, despite not being all the exciting story and script wise, Once Upon a Time in Shanghai has plenty of martial arts action and a new action icon in Philip Ng.