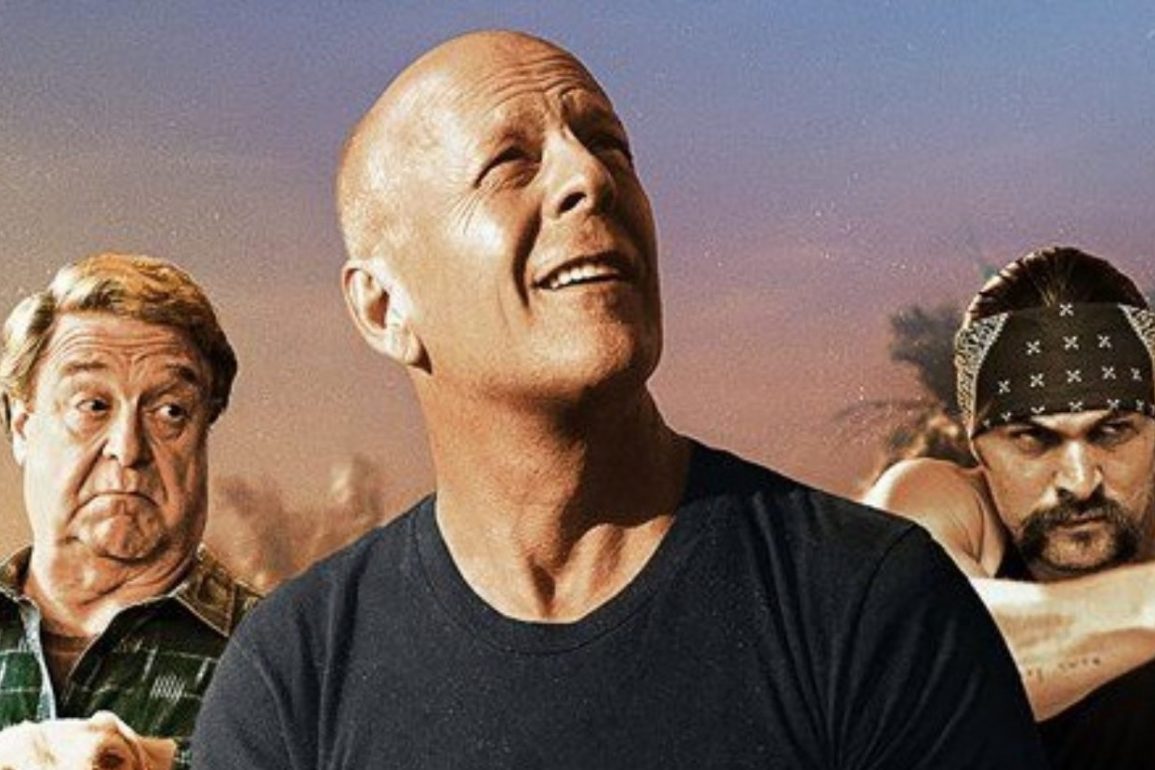 Bruce Willis shows some of his old personality however, aside from that Once Upon a Time in Venice is rather dull, lacking much in the way of action or laughs.

Plot: Steve Ford is a private detective in Venice Beach, Calif., who’s good with the ladies, bad with the punches and wild about his dog Buddy. When local thugs steal Buddy, Ford turns to Spyder, their devious leader, and forges an unlikely alliance. With help from his best friend, Steve pulls out the big guns to retrieve Spyder’s stolen cash and cocaine and save Buddy.

Review: Have you ever wanted to see Bruce Willis skateboarding naked in Venice at night? Then this is the movie for you!

Carrying on from watching the new Death Wish recently, Once Upon a Time in Venice is actually a return to form for Willis in terms of personality; he cracks some jokes and even smiles a few times. It’s the most animated I’ve seen him in many years… that still doesn’t make the movie all that great though.

Described as an action comedy, it is sadly sorely lacking in either; it’s not without its moments and there are a few funny lines with some quirky characters but too much of the humour falls flat and it’s just not as entertaining as it maybe could be.

We are meant to believe that Willis’ character Steve Ford has a great connection to his dog but you never really feel that; no character is given any development at all and the movie is really just a series of events. It’s a fairly lighthearted romp lacking any sense of urgency to the plot but that’s no bad thing if the script is good; unfortunately it isn’t and it mostly feels like a slog to get to the end credits.

John Goodman gives a bizarre performance as Steve’s pathetic friend who loses everything in a divorce and decides to join Steve in his crusade to get his dog back. Along the way they cross paths with local drug dealer Spider (Jason Momoa) who maybe isn’t as mean as you first think.

It’s harmless enough but it’s hard not to notice that it so wishes it was a Tarantino movie but lacks the finesse of even his weaker efforts.

Overall, Once Upon a Time in Venice may have Bruce Willis nearly showing some personality again but it is poor even by my low standards and I can’t really recommend it to fans of comedy or action as it is sorely lacking in both.