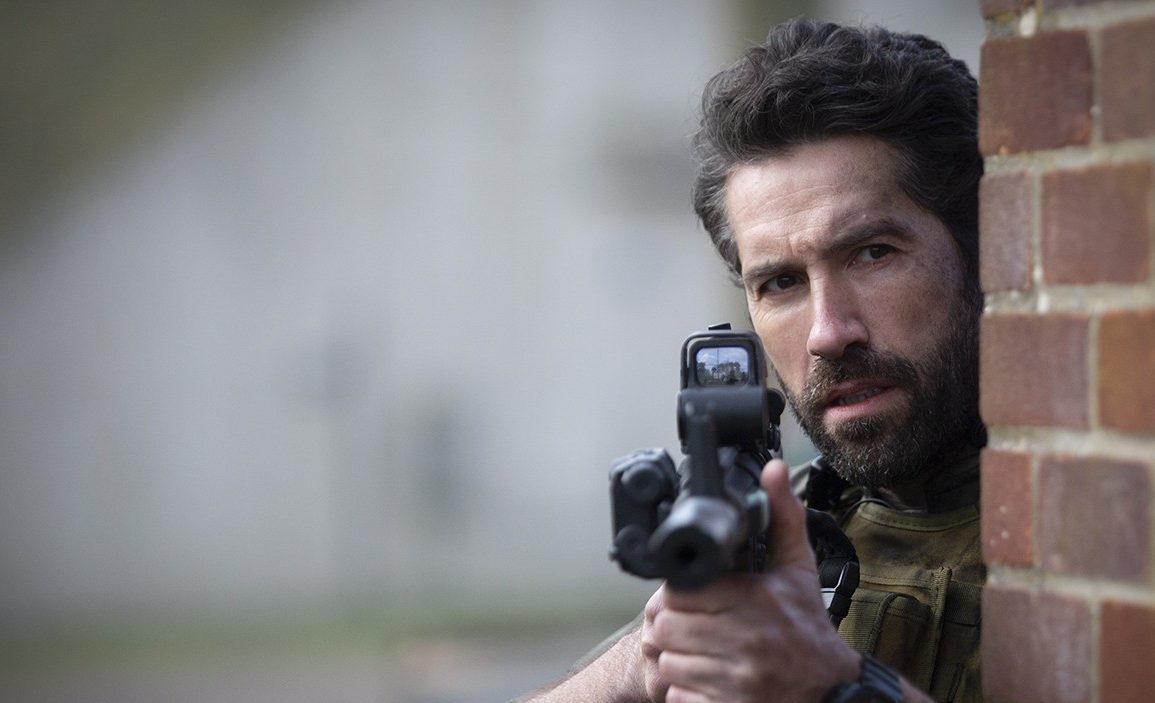 One Shot could have easily relied on the single take gimmick to make for a solid actioner but instead it gives us surprising moments of humanity in between the bloodshed so we care about the characters even when we don’t know much about them. The action is hard hitting and although Ryan Phillipe feels underused this is still a massively entertaining and intense ride.

Plot: An elite squad of Navy SEALs on a covert mission to transport a prisoner off of a CIA black site island prison are trapped when insurgents attack while trying to rescue the same prisoner.

Review: One Shot starring Scott Adkins is finally out in Canada this month so I was able to get a screener and catch up on one of the most talked about action pictures from last year.

Made to look like it is all a single take One Shot could have easily been gimmicky and got tedious very quickly but it manages to engage from the start and doesn’t let up until the end credits roll. After a few minutes you barely notice it’s one take as you feel like you are fully immersed in the intense action and it’s always coherent where it could have been shaky and distracting.

Die hard fans of Boyka may not like the fact that the action is mostly shoot-outs rather than martial arts infused fight scenes but we do get several beatdowns in it which are brutal and visceral.

One Shot doesn’t skimp on bodycount but it also has moments that make you feel uncomfortable; a scene in particular has someone we barely know dying but the camera refuses to move away as he draws his last breath so we feel like we are intruding on something intimate. It actually shows the effects of violence rather than making it look fun, giving it a sense of realism.

One thing I noticed however, is that there seems to be a never-ending stream of bad guys; I thought it was just a truck load and yet there seemed to be hundreds of them. (Edit: apparently we see more goons arrive on the CCTV but I didn’t notice; I never was that bright so I will have to watch it again). Either way they are merely canon fodder to be disposed of and Scott Adkins does just that; he gives a solid performance too although it’s more of a physical role, so he doesn’t get much in the way of characterization.

The real scene stealer for me here is Waleed Elgadi as Amin Mansur who seems genuinely terrified throughout, but he also keeps us guessing as to his true intentions. Take a drink (one shot obviously) any time he says “I didn’t say anything” and you’ll be passed out after a few minutes…

One Shot has a few twists to keep the plot interesting never relying on the gimmick of it being a single take so you won’t take your eyes off the screen.

Ashley Greene’s Zoe Anderson tries to provide some humanity in a place severely lacking in it where prisoners are brutally tortured whether they are guilty or not so there isn’t anything unbelievable about this tale.

Ryan Philippe has a rather thankless role only appearing on screen for about 10 minutes so it’s a shame he didn’t get a little more to do.

The villains are interesting and one scene involving a suicide bomber (who is crying with fear) sticks with you after viewing. Jess Liaudin is suitably overbearing and scary as lead antagonist Hakim Charef; his final showdown with Scott is satisfying and as you’d expect vicious as Hell.

Overall, One Shot is Scott Adkins’ best film since Avengement keeping you fully immersed in the action while also giving us some surprisingly moving and intimate moments. The action is never shaky and rather than celebrating violence it shows the consequences of it making for an intense viewing experience.