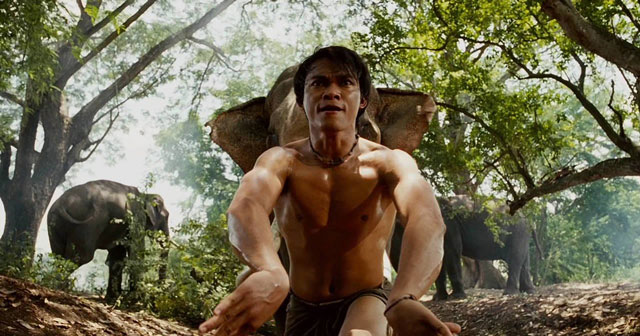 Ong Bak 2 is visually stunning with incredible fight scenes; it’s just a shame the story is quite unengaging with some pacing issues which slow it down. It’s worth sticking with it though for the final 20 minutes which are spectacular.

Plot: In 1431, the Kingdom of Ayutthayan conquers the territory of Sukhothai expanding their lands to the East. The noble Lord Siha Decho is betrayed by his Captain, Rajasena, and is murdered together with his wife. However their son Tien is saved by one loyal soldier and left alone in the woods…

Review: The first Ong Bak is a classic of the martial arts genre and made Tony Jaa an instant legend. This movie bears little resemblance and Jaa doesn’t even have the same character name… it’s set in a different era too. It really begs the question, why is this even called Ong Bak at all? No idea, but that doesn’t mean it’s a bad film; the martial arts are still incredible and Tony Jaa once again dazzles.

What I like is that the action is focused strictly on fight scenes, rather than car chases and explosions.

Jaa co-directs the film and I have to say that he has a great eye for visuals. There was some nice camera work and one scene which stuck with me wasn’t anything big but it was when we see someone shot with an arrow during the opening scene and it’s seen from his POV as he falls of his horse.

The sets, costume design and attention to period detail are all first rate and yet the story is somewhat lacking. I know we just want to see Jaa beating people up but I found that some scenes went on for too long and there was no real tension.

The movie kicks into high gear in the final 20 minutes but that’s after a screamingly dull scene with a female dancer and the King. It goes on for about 10 minutes and really kills the pacing.

After that though we have Jaa doing what he does best; he even uses an elephant as a climbing frame to take on multiple adversaries. The poor animal is just standing there while everyone is jumping all over it beating each other up. It’s something original though and it’s a fight scene we haven’t really seen before.

The film in general feels like something new so Jaa gets major props for trying something a little different.

The music score is rather stunning too and really gives the film a more epic scale.

Overall, Ong Bak 2 is visually stunning with incredible fight scenes; it’s just a shame the story is quite unengaging with some pacing issues which slow it down. It’s worth sticking with it though for the final 20 minutes which are spectacular.