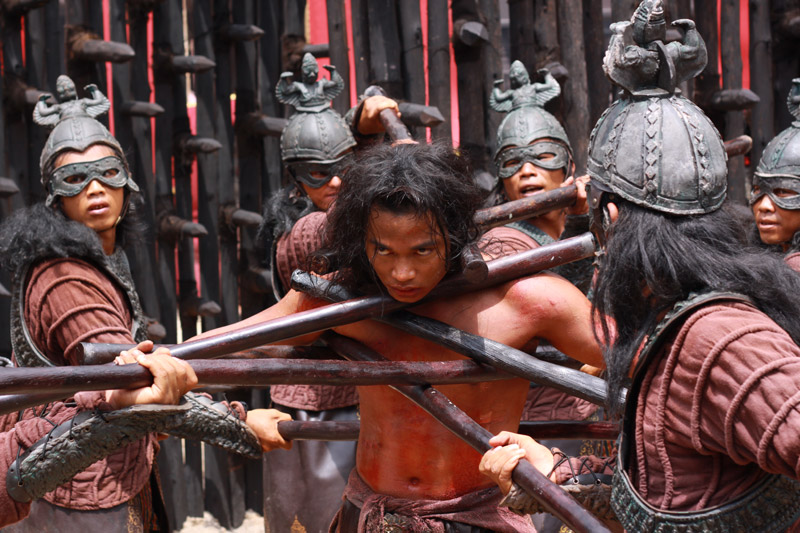 Ong Bak 3 is incredibly dull for the most part but is redeemed by the final act which has enough martial arts action to prevent you from blowing your brains out with boredom.

Plot: Ong Bak 3 picks up where Ong Bak 2 had left off. Tien is captured and almost beaten to death before he is saved and brought back to the Kana Khone villagers. There he is taught meditation and how to deal with his Karma, but very soon his arch rival returns challenging Tien for a final duel.

Review: The first Ong Bak was a classic martial arts movie and gave the world a new action star in Tony Jaa. The second movie was completely different and wasn’t even related to the original but had enough kung fu action to make it entertaining.

This movie is a follow up to the second movie that takes place right after its open ending. Sadly, they needn’t have bothered as this has to be one of the most boring martial arts films I’ve ever seen.

I’m a big fan of Tony Jaa and he’s a super nice guy but this felt like a student film, trying desperately to make an arty martial arts flick. The first half is unremittingly dull and despite the movie only being 95 minutes long, it feels more like 4 hours.

We get extended scenes of Tien (Jaa) recovering from his injuries and dancing with his childhood love which seems to go on forever when all we really want is for him to punch people in the face… not a big ask.

What little story there is involves a “Demon Crow” becoming king and Tien has to beat him up… I think. I really didn’t care as it just lacked any tension or excitement.

The Demon Crow villain, played by Dan Chupong was actually pretty creepy and one of the best things about the movie; he’s also got some spectacular fighting skills which he gets to show off at several points.

It feels like the type of movie everyone had to do because they were under contract but they just didn’t care about the quality of the final product.

Thankfully, the final 20 minutes has some decent martial arts action which elevates this above a one star movie. Jaa is always watchable on screen and his fighting skills are impressive; it’s just a shame we don’t get to see more of it.

Overall, Ong Bak 3 is incredibly dull for the most part but is redeemed by the final act which has enough martial arts action to prevent you from blowing your brains out with boredom.