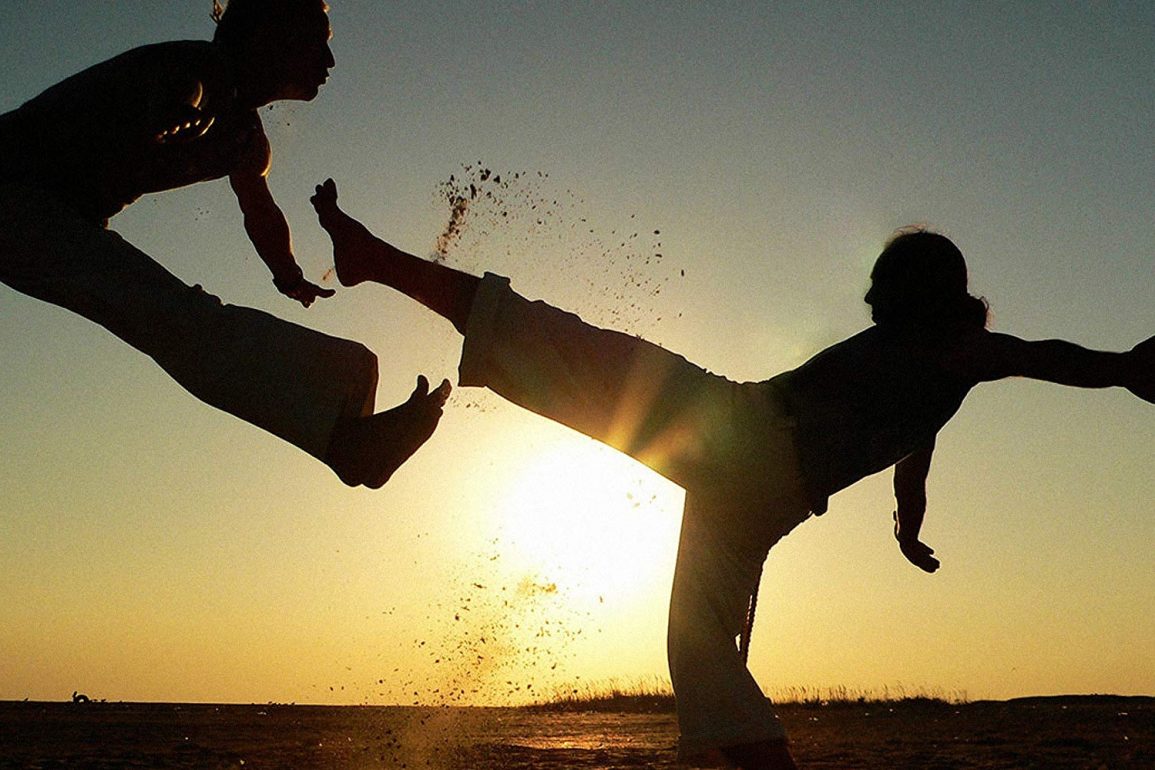 Plot: Ex-Special Forces soldier Louis Stevens returns to Miami to find his former high school overrun by drugs and violence. A master of the Brazilian martial art, capoeira, Stevens pledges to straighten out a dozen of the school’s worst students by teaching them this demanding and highly-disciplined fighting style. Slowly, his program begins to work, giving the students new hope and purpose. But the local drug lord, himself a martial arts expert, vows to stop Stevens’ positive influence. Now Stevens must fight to save his own life, as well as the lives of his rebellious young students.

I have always adored Only the Strong and consider it arguably Mark Dacascos’ best movie; it’s certainly way up there. The martial arts are jaw dropping and the positive message behind the film is still inspiring today. That message being that you always have a choice; just because someone in your family has chosen the wrong path doesn’t mean that you have to.

Mark is at his absolute prime and he shows some incredible martial arts prowess in this movie with fights that have to be seen to be believed. Capoeira is very cinematic looking and gave us fight scenes unlike what we had seen before in action movies.

Only the Strong is directed by the legendary Sheldon Lettich (Double Impact/Lionheart) so you know that you’re going to get some quality action however, according to IMDB he “wasn’t satisfied with the movie’s fight content, claiming years later in Put Up Your Dux (2010) that fight choreographer Frank Dux did not deliver as creative of martial arts scenes as he had conceptualized”.

The gang leader villain Silverio is suitably menacing and is played perfectly by Paco Christian Prieto; he proves a genuine threat and his climactic fight scene with Dacascos is amazingly choreographed.

A lot of directors today could learn a lot from this movie as it shows how you shoot an action scene; don’t shake the camera and actually let us see the fight scenes.

The music is incredibly catchy as well and will go through your head for hours after watching the movie; you’ll notice Zoom Zoom Zoom which would become Mazda’s theme tune in the 2000s.

I love the inspirational and positive story which has been copied since by many other movies like Dangerous Minds; I guess you could say it isn’t all that original but this is my favourite “tough kids get tamed” movie.

Keep an eye out for Geoffrey Lewis who also appeared in Sheldon Lettich’s Double Impact.

In terms of flaws some of the 90s fashion is a bit cheesy now obviously but in 20 years what kids wear today will also look lame; it happens…

Overall, Only the Strong remains one of Mark Dacascos’ finest hours and for those who haven’t seen many of his earlier roles I would check this out as it’s a bit of a classic.