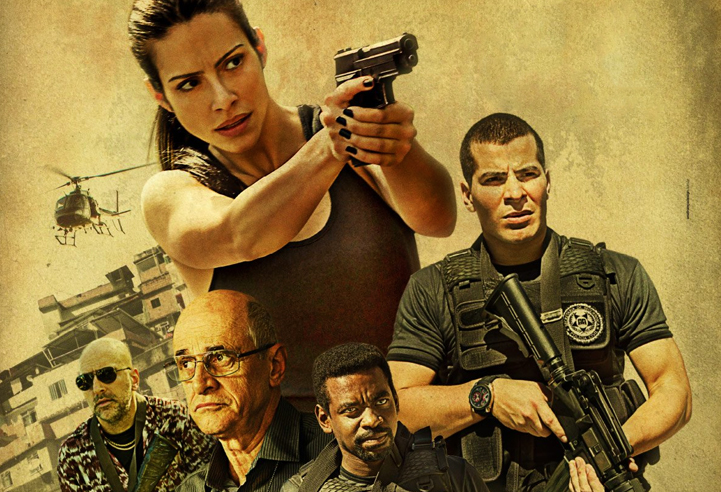 Operações Especiais is a solid police thriller with only really one memorable action scene but Francis is a great lead. Maybe a sequel could give her more to do as I felt her journey as a character was just beginning.

Plot: A group of honest police is sent to a country town to solve the problem of high crime. Soon they solve the problem while newcomer Francis (Cléo Pires) must overcome their limits to prove that it has value. They are acclaimed by public opinion. But before long the application of the force of the law begins to annoy everyone and the true enemy is revealed. Is our society is prepared for an honest cop?

Review: Operações Especiais doesn’t really have much in the way of a story other than a couple of good cops struggling to make a difference in a corruption filled city but it was a fast paced action thriller with a really likeable lead in Francis (Cléo Pires). She starts off as a beautician who is told that even with just a college diploma she could get a job as a cop which pays better and would give her a potentially better way of life.

Francis signs up and at first she thinks she has made a mistake as her fellow police are frankly sexist pigs who have wagers on when she will quit so it goes a little GI Jane in places but is a more realistic approach. Francis seems genuinely terrified whenever she goes into action for the first time and I thought the film really captured her fear and made it feel more authentic; she’s an honest person who wants to do the right thing but she faces obstruction at nearly every corner except for a select few honest cops.

The film is basically a series of scenes with Francis and her fellow officers trying to battle corruption and the ever swaying opinions of the public who grow tired of their forceful methods. The first half built up well and seemed to be brewing to an exciting climax but sadly it’s quite disappointing and nothing particularly explosive happens. The action highlight is a shoot out during a car chase which was nicely done but it was the only moment that really stood out. Francis’ journey from scared rookie to hardened cop was an entertaining watch and she felt like a strong woman who could fend for herself without any problem.

Overall, Operações Especiais is a solid police thriller with only really one memorable action scene but Francis is a great lead. Maybe a sequel could give her more to do as I felt her journey as a character was just beginning.