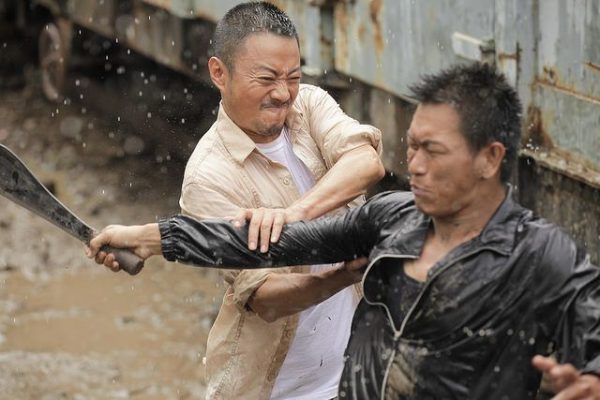 Operation Mekong has some satisfying R rated moments with a fantastic cast but it’s let down by some unimpressive special effects.

Plot: Members of an international task force seek justice against the leader of an Asian drug cartel and his murderous henchmen.

Review: I’ve heard great things about this movie and the reviews were generally favourable when it came out a few months ago, so I was looking forward to finally sitting down to watch it.

Operation Mekong is apparently based on true events which makes the brutality on display all the more shocking; it’s the kind movie that you wouldn’t see made in Hollywood as it goes places your average actioner wouldn’t dare. One scene involving kids playing Russian Roulette will stick with me for months and it never shies away from displaying the violence of the drug trade.

The cast is pretty phenomenal including Eddie Peng, Zhang Hanyu, Ken Lo and Carl Ng; the lead hero is Gao Gang playing by the incredibly charismatic Zhang Hanyu who is one of the coolest people you’ll ever see on screen. He has genuine star power and is the perfect lead for this kind of movie. Tasked with taking down a psychotic drug dealer by the name of Naw Kham, he puts a team together and they put their plan into action. As always things never go smoothly and the bodycount rises until the action-packed finale.

The story isn’t anything we haven’t seen in every other action movie but it’s still exciting and the hard violence will keep fans entertained.

It is let down by some terrible CGI at times and is quite distractingly bad; what’s so frustrating is (as with so many movies these days) a lot of it could have been done practically and if it had then the action could have been spectacular. The speedboat chase at the end was rather cool but it wasn’t as memorable as the John Woo classic Face/Off.

Overall, Operation Mekong has some satisfying R rated moments with a fantastic cast but it’s let down by some crappy special effects. There is still plenty to enjoy though and it’s worth a watch.