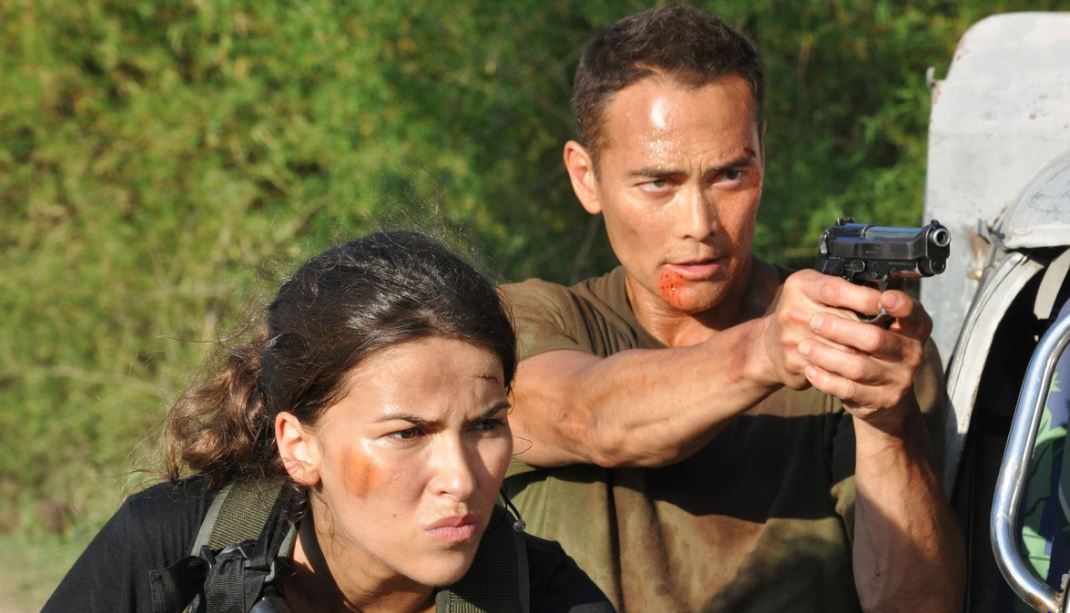 Operation Rogue is an exciting return to form for Mark Dacascos with some great action scenes and a tough as nails villain. Dacascos looks in fighting form and it’s definitely worth checking out.

Plot: Deep in the jungles of Southeast Asia, a terrorist organization has stolen materials to create a dangerous chemical bomb.

Review: Mark Dacascos and Treat Williams star in this old-school action movie with a modern twist. Dacascos has always been one of my favourite (and most underrated) action heroes and it’s great to see him in this rather kick-ass war movie.

Produced by the legendary Roger Corman, the action in this movie is frankly better than anything in the most recent Expendables movie. We’ve got shoot-outs, real explosions, real helicopters and some hand-to-hand combat too.

Admittedly, there isn’t enough hand-to-hand combat but it has a few decent fights and the scene where Dacascos takes on the head bad guy is satisfying, if a bit brief.

Story-wise it’s nothing new but it has a real 80’s action movie feel to it and it has a great villain in Omar Malik (Nash Espinosa). He’s an absolute psychopath and the scene where he decapitates a prisoner is pretty disturbing and quite realistically done.

The action in general feels pretty authentic and considering the film probably doesn’t have a massive budget, it looks impressive.

Sofia Pernas is much more than just the girl waiting to be rescued; yes, she gets kidnapped in it but she has some great action scenes and isn’t afraid to hold her own. She’s likeable, vulnerable and yet strong at the same time.

The script and music are pretty forgettable with no really memorable dialogue but it’s adequate to take the plot from A to B.

Overall, Operation Rogue is an exciting return to form for Mark Dacascos with some great action scenes and a tough as nails villain. Dacascos looks in fighting form and it’s definitely worth checking out.