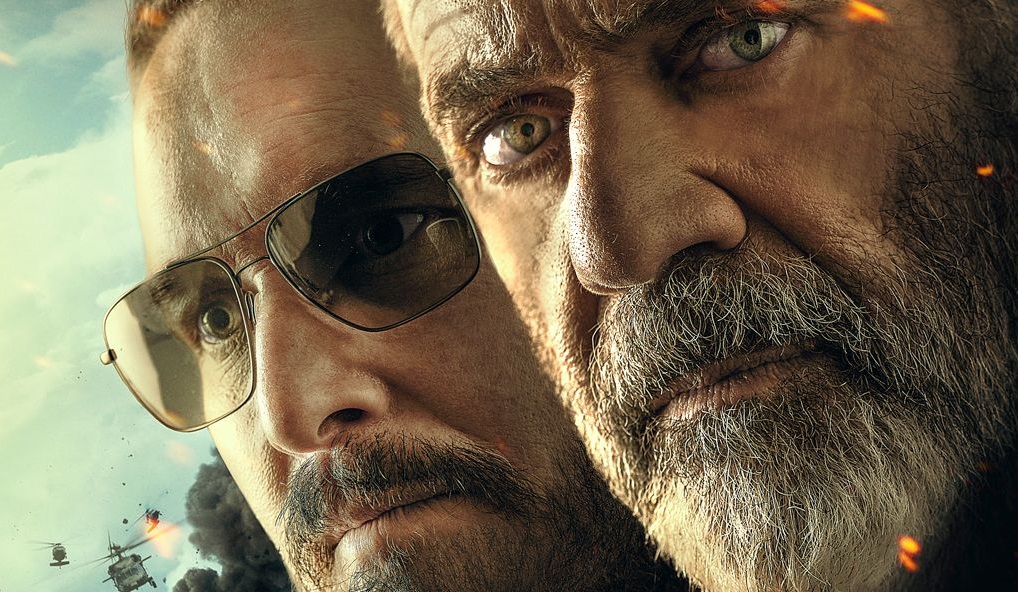 Panama isn’t as action packed as I was expecting and it may be a little dull for some tastes but it has its moments and Hauser/Gibson make for a great team. There are some nice touches of humour and drama so this is definitely worth watching once.

Plot: Mel Gibson and Cole Hauser star in the edge-of-your-seat action thriller set during the political upheaval of 1989 Panama. When the U.S. is on the brink of invading Panama, a former marine (Hauser) is hired by a CIA operative (Gibson) for a top secret arms trade mission. Alone and among the most dangerous arms dealers, Becker (Hauser) learns the true nature of political power.

Review: Cole Hauser stars alongside Mel Gibson in this action comedy from Crank director Mark Neveldine. First of all, IMDb is wrong saying that the film is 2 hours and 36 minutes; it’s only 96 minutes which is wonderful.

Panama grabbed my attention with the innovative opening credits which are filled with 80’s style visuals including VHS tapes and various pictures of the Panama crisis at the time.

The film looks great with a glossy sheen and the sunny locales are refreshing compared to so many desaturated movies we get today. You can tell this is from the director of Crank as it has the odd visual flourish, but this isn’t as chaotic in terms of style.

Our lead Becker is played by Cole Hauser (Yellowstone) and at first he is a rather pathetic character lying on his wife’s grave filled with guilt that he couldn’t save her, then Stark (Gibson) comes along and offers him a job which is also his chance at redemption.

Mel Gibson is back nearly at his Martin Riggs best here especially for the final 15 minutes and he almost steals the show; he provides the narration and has some choice lines.

The tone is generally pretty light however, it does have some serious moments and Becker makes for an engaging protagonist where we never know what he is thinking.

There isn’t that much action in this movie making it rather slow in parts which was surprising as the trailers made it look like it was going to be packed with it. We do get several shoot-outs and a motorcycle chase through the jungle is also entertaining but nothing all that spectacular.

Despite not being packed with action Panama picks up once Becker agrees to the mission and he becomes one of the coolest characters of the year constantly wearing shades and riding motorbikes. He has some great banter with Gibson and every scene with Enrique (Mauricio Hénao) is a highlight especially when he is introducing his “fiancés”. There also sex and nudity which is always an added bonus.

Overall, I’m not sure I would watch Panama again as it doesn’t have as much action as I would have liked but it still looks fantastic and Hauser/Gibson make for a great double act; I wish we had more scenes of them together taking down the bad guys as that would have made for a more satisfying watch.