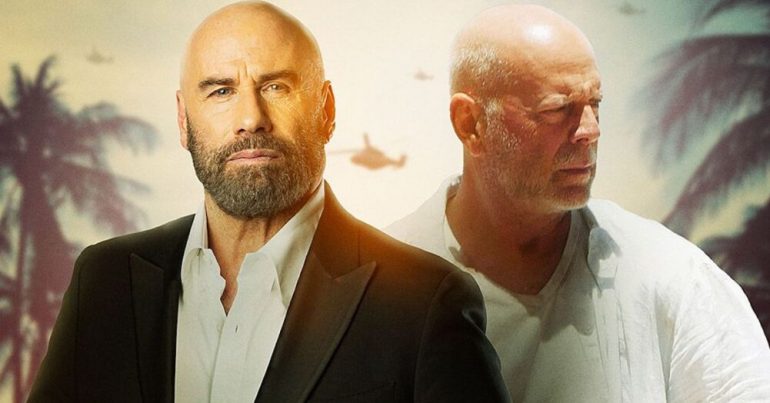 Paradise City doesn’t deliver the advertised Willis vs. Travolta showdown but let’s face it, I don’t think any us thought it would and there really isn’t any reason to watch it other than the sunny locations and a couple of forgettable set-pieces.

Plot: Ryan Swan must carve his way through the Hawaiian crime world to wreak vengeance on the kingpin who murdered his father.

Review: The trailer to Paradise City promised Bruce Willis vs. John Travolta which admittedly made me curious to see if it actually delivered on that promise however, as expected it doesn’t and was a blatant lie. The two share the screen together for like 30 seconds in the end and it’s so anti-climactic you’ll wonder why you even bothered sticking with it.

Paradise City does at least look nice filmed in sunny locales, and I’ll watch anything with Stephen Dorff in it as I just enjoy him on screen. Sadly, both he and Willis don’t get much to do and even the normally reliable Travolta seems on autopilot as there is nothing that stands out about this film in terms of dialogue or action scenes.

The final 20 minutes has a fight scene and there are a couple of shoot-outs, but God I miss good old fashioned action pictures like we used to get with larger than life characters.

Overall, I don’t even want to waste any more time talking about this movie; it has a few entertaining moments, but the promised Willis vs. Travolta showdown is underwhelming and not worth bothering with.