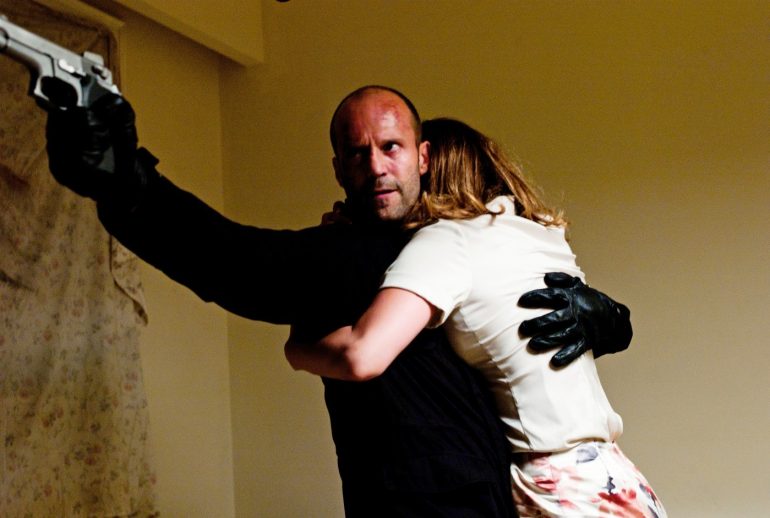 I had a good time with Parker; it wasn’t anything life changing but there was some hard R violence, great tension, strong performances and a good pace. It was certainly better than Hansel & Gretel!

Plot: A thief with a unique code of professional ethics is double-crossed by his crew and left for dead. Assuming a new disguise and forming an unlikely alliance with a woman on the inside, he looks to hijack the score of the crew’s latest heist.

Review: Well Jason Statham returns and I have to say that this was much better than I anticipated; the way other reviews were talking about it I was expecting it to be rather slow. I found Parker extremely tense and very well paced. Jason Statham is essentially the same character he always plays but that’s why we all love him; he’s just so good at playing the bad ass. The violence in this movie definitely is worthy of the R rating with hands being stabbed and faces being shot, so action fans will enjoy it.

Where most people would be judging the movie by its cinematic contribution, I judge it by the fact it has a fight scene between Jason Statham and Daniel Bernhardt, two of my favourite action stars.

It’s great to see Daniel back in a big action movie and I hope to see him in more action movies soon. The fight scene is definitely the highlight of the movie but there were plenty of other moments to enjoy too, namely Jennifer Lopez who is essentially the damsel in distress character, but she has a few really nice scenes in it.

One scene which really stands out is one between her and her mother just after she’s received a letter that her car has been repossessed. Her mother wants her to come out and be with friends, but a look with so many emotions crosses Lopez’s face and her mother instantly understands; it’s a very natural scene and really well acted.

Michael Chiklis is great as the bad guy and comes across as someone you really wouldn’t want to mess with. Every scene he is in you are glued to the screen as he radiates menace.

Nick Nolte only has a small role generally being gravelly and gruff… big stretch, but I just love the guy and what screen time he had was great.

The music was surprisingly excellent as it has an 80s style electric guitar, which as you all know is my favourite kind of music score.

Parker does however, lack really spectacular action or the frantic pacing of Safe and it isn’t anything we haven’t seen before.

It has a satisfying finale and the odd twist and turn which I didn’t see coming. Taylor Hackford directs confidently and the script is great with some nice one-liners.

Overall, I had a good time with Parker; it wasn’t anything life changing but there was some hard R violence, great tension, strong performances and a good pace. It was certainly better than Hansel & Gretel!