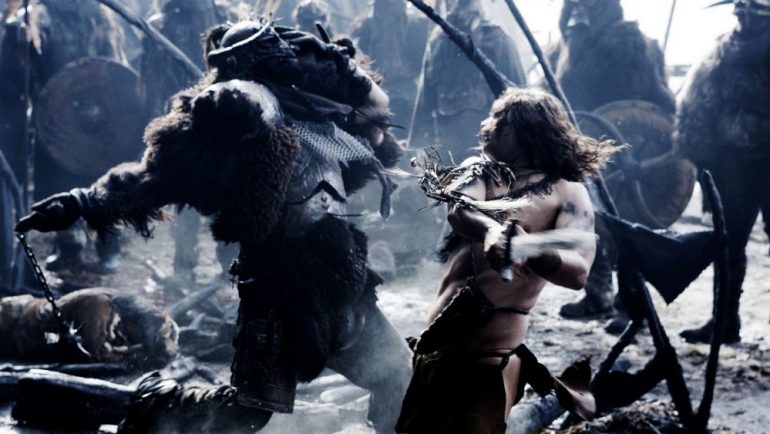 Plot: A Viking boy is left behind after his clan battles a Native American tribe. Raised within the tribe, he ultimately becomes their savior in a fight against the Norsemen.

I recently picked up the Extended Edition of Pathfinder as it was only 3 bucks and I hadn’t watched it for a few years.

When it first came out in 2007 I thought it was quite entertaining with some decent R rated violence and a strong lead in Karl Urban. I stand by that after my most recent viewing but I do think that this movie gets a raw deal from people.

It’s not an amazing movie by any stretch and you don’t ever really care about any of the characters who are mostly one dimensional but the cast give it their all and you can never go wrong with Clancy Brown as your main villain.

There is pretty much constant action and a fight while sliding down a hill on a shield is definitely the highlight. There’s 23 new or longer scenes which expand the plot a little which adds up to about 9 extra minutes. There is also some extra CG blood which doesn’t really do much for the action scenes as you can barely see what’s happening anyway.

The movie’s biggest flaw is how darkly lit it is; it’s very difficult to make out what is going on at times and although it keeps the mood atmospheric (and also hides some budget limitations) it does get a bit dreary after a while.

There is some cool Viking themed music with choral cues thrown in which work well but there isn’t anything you’ll remember after watching.

One thing I really liked was how unsentimental it was; the characters felt authentic and weren’t softened up in a Hollywood fashion at all. The Viking invaders were suitably scary and felt like faceless monsters.

Karl Urban is a born action star and although he is a man of few words in this movie you still root for him as he’s vulnerable and badass.

Overall, Pathfinder won’t change your life but it’s a fun movie with plenty of action; it’s certainly worth a rental as I doubt you would want to watch it all that often.