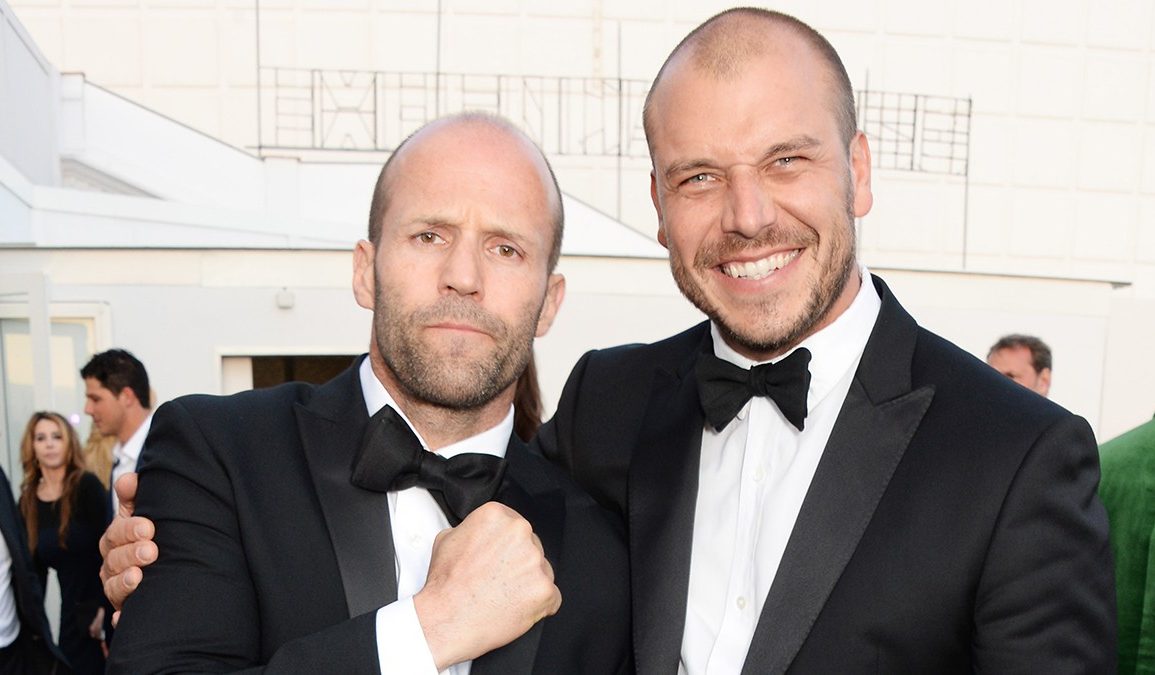 Patrick Hughes was born in 1978 and is an Australian film director.

He first came to prominence with his début film Red Hill; Sylvester Stallone watched the movie and decided that he had found his director for the third entry in The Expendables series.

He was also recently announced as the director of the upcoming remake of The Raid.

In an Action Elite exclusive, we sit down and chat with the director about The Expendables 3.

What were some of your influences behind your career in film?

I don’t have a favourite film but certainly the films that really affected me as a kid growing up were fantastical movies like Star Wars, but the first movie that really had a lingering effect on me was Raising Arizona and I was about 10 years old when I saw that. That was the film that really made me want to get into filmmaking. Sprinkled through my youth and growing up were films like 2001: A Space Odyssey, Taxi Driver and Das Boot. I saw that in the cinema on a 70 mm print and I thought “This is powerhouse filmmaking”. So yeah, there are a lot of influences there but also movies like Predator and Rambo were massive too.

When working on a movie like The Expendables 3, how challenging was it to give everyone their shining moment with so many characters and action legends?

The challenge is the whole part of the hook of this franchise; to go and see all of your iconic films stars in one movie together. The flow and effect of that is you have to develop a script in a way that you give everyone moments and then you have to reverse engineer that script because it’s all about timetables as these guys are all movie stars. They don’t sit around doing nothing and are involved in other productions. So then it’s a scheduling conflict and then just trying to get them all in the same room together to get the scene shot is just an absolute nightmare.

Do you feel that you’ve accomplished everything you set out to achieve during this production period?

Yeah, it was an incredibly challenging shoot just given the amount of time we had to shoot it and certainly with the bouncing schedules. Sly did say “this is going to be the toughest production you’ve ever been involved in and will be for the rest of your career” and he wasn’t wrong, you know. I lost 25 kilos in stress alone during the shoot; it doesn’t lend itself to efficient film making where you have to go back to a scene 10 times because the 10 actors are available at different times. Then you’ve gotta use body doubles and these sort of shifting, moving plates. At the same time we had an absolute blast shooting it and we had a lot of fun!

We have several new younger cast members joining the Expendables this time. It’s great to see some new, younger potential action stars as there hasn’t really been anyone to rival Stallone or Arnold. Was that a deliberate move to try and bring us some new action heroes for the next generation?

Yeah, I think early on when I met with Sly and we sat down and talked about it, he said he was such a huge fan of my first film Red Hill. When we got to talking Expendables 3, immediately my question was “What was the hook?” as there was no script at that stage. Originally actually Terry Crews was going to die in it but then Terry got really upset that he died. You know what? It’s a successful franchise that’s made half a billion dollars worldwide… I’d be upset too (laughs).

Thematically we wanted to ask how do you know when your time is up or when is it time to quit? If you stay on that path in the jobs they do working black ops and doing the government’s dirty work then eventually your time will definitely be up. Sly really wanted to explore that because as he’s getting older he’s questioning these things; you could certainly apply that to his career. I don’t think Sly’s ever gonna give up and why would he because he’s this incredible talent?

I loved the set design for the abandoned hotel in the finale; was that a real location? If so, how did you find it?

Yeah! I scouted all of Bulgaria looking at about over 50 different buildings and we were literally gonna shoot at another location. Then one evening I was driving on the freeway with my driver and I saw it off in the distance right up in the hills. I asked “What’s that?” One of the production staff thought it was some government building so I asked somebody to go take photos of it and find out what it is. So they went up and took photos and brought them back and said “You’ll never guess… it’s abandoned!” and I’m like “You’re shitting me” (laughs) so within seconds we’re in the car on the way over there and scouted it out and it was actually a hospital.

Basically, what happened was they built it and before they furnished it, they downed tools and it became one of these dead government projects. It was a really great location though; it was perfect and like this big playground for us. Towards the end of the shoot though were like “Oh God, we’re back here AGAIN!” (laughs) and it became this trauma.

Another thing I really enjoyed was the music; did you choose the songs?

We always had those moments with music playing on set and I’m a big music fan; I even collect vinyl and the whole bit too. We’d even play things on set and I’d be like “Sly, what do you think of this?” and he’d be like “Yeah, yeah, what do you think of this?” so we’d sort of bounce around various ideas. Sly’s got a really good taste in music too. We knew the sequences where we wanted to use a song as opposed to a score and that was a process that shifted and changed during the edit. We’d sometimes go through about 7 songs before finding the right song.

One of our fans Milos Misic suggested an idea like The Avengers where the most popular Expendables characters could get their own spin-off movie. Is there a character you think should have one and would you be interested in working on something like that?

Wow! That could work, right? I’d never thought of that! I actually pitched to Sly that Expendables 4 should be set in Miami. I just wanna see him in a white Lamborghini, a suntan and some mirrored shades (laughs). Let’s do sophisticated Expendables, right? No more snowy Bulgaria; set it in Miami Beach and Nightclubs (laughs).

We know Dwayne Johnson has shown an interest as showing up as the villain in Part 4 but is there anyone else you’d love to see in the series?

I know that we came close to Jackie Chan; Sly and I had lunch with him but unfortunately the scheduling never worked out. I’m sure he’s on the cards if they do go ahead with Part 4.

A few months back there was word that The Expendables 3 had a 4 hour cut; can we expect a lot more footage on the Blu Ray/DVD?

Yeah, when we did the first assembly it was about 4 hours and the script was like a hundred and sixty something pages at that stage. It started out at 110 but that’s part of the process of working with Sly. He likes to develop throughout production; that’s one of the tricky things about working with him but also one of the amazing things. As a director you’re trying to keep a concrete viewpoint and know what’s going to work where and what scenes are gonna play and what’s not. I’ve certainly heard that they are going to do an Unrated version for DVD; the first time we submitted it to the ratings board we were given an R so we had to go back and adjust some stuff.

I just want to say one thing about your upcoming remake of The Raid; please cast Scott Adkins in some capacity. He’s one of the best martial arts stars in the business and we’d all love to see him have a major role. He also really wants to do it!

(laughs) Actually I met with Scott when I was out in Bulgaria doing early pre-production; he was there at the same studio shooting Hercules. I hung with him quite a bit and he’s really an awesome guy. He’s definitely in the mix and we’re in the process of casting now…

Thanks very much for chatting with us and good luck with the film.