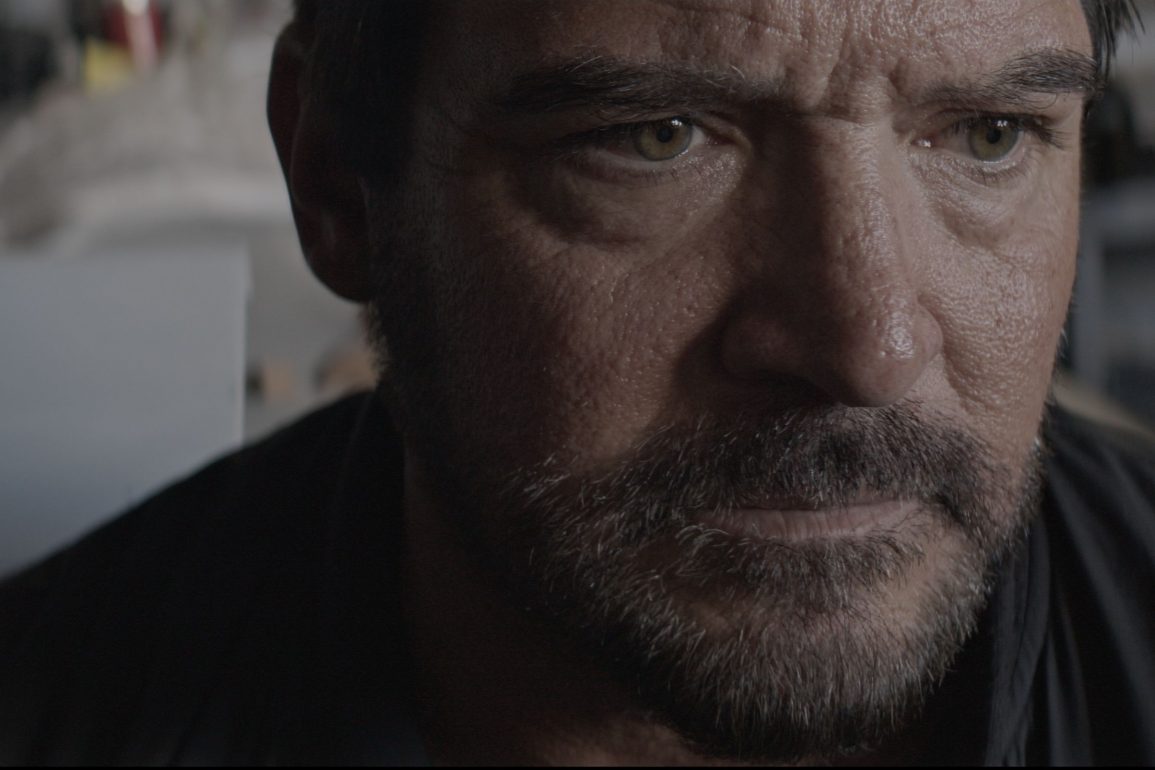 Paul Sloan Talks Every Last One of Them

Paul Sloan stars in Christian Sesma’s new action picture Every Last One of Them where he plays an ex-black ops soldier who is desperate to find his missing daughter. As he uncovers the truth surrounding her disappearance, he goes on a merciless quest for revenge, bringing those responsible to justice.

Paul stopped by to chat with me about the film.

Eoin, how are you, man? Where are you right now and then I’ll tell you where I am?

I am in Mississauga just outside of Toronto.

Oh Nice, well I am in a motorised scooter holding a dog in Thailand where I’m working on a movie.

(laughs) Your day is already more interesting than mine.

So today we’re talking your latest picture Every Last One of Them; what made you want to sign up?

My friend produced and directed it. So they had given me that script maybe a year before we shot it. Like yourself I’m a movie fan and it was a very stripped-down raw script when I read it. It was a little different. It was set in the UK, but the original script was very raw and I was like, Man, I would love to be a part of something like this. It reminded me of old school action movies and is just more straightforward. Then as time went on, they adjusted it a little and added some different plots. It was the basis of just that one man on a rampage is appealing to an actor and a movie fan. So that was what got me to it. Just one man on a mission.

Absolutely. That was something they added as we went along. I think you hope that those moments ring true when people see it; the director and the crew, they try to add these moments to it. I was very lucky on that because I thought the script got better and the project got better as it went along. You know how sometimes movies take a turn, but they added more to it than what I originally read. It was just a straight up action movie. Then the director and the producers added layers to it and the actress playing my daughter she did a great job. She added a lot that wasn’t on the page.

Oh, well caught on. Honestly, man, you try to have something a little different; it’s very easy to just get into a movie and blow everyone away but it’s exactly what you’re saying. I think you get the horror of that random killing. I agree with you. That is it. That is an odd moment in the script. And again, I’ll give that to the director Christian. He wanted that moment to be a little different and I appreciated playing it that way. I’m glad you picked up on that, because usually when the guy walks around killing someone in a movie, you’re like, Okay, boom, next, who’s next? But that one I’m glad that you picked up on that because he was going for that, and I tried to do my best to get that out there, too.

You’ve worked with Christian Sesma for several projects; how would you describe him as a director?

I think for me personally, Christian and I, we got along great. He hired me a number of years ago and we stayed friends, but work friends too, and I was happy that when things popped up, he would call me because he has a film language that it might seem like cheating or shorthand to other people. When you’re being directed by him I get his quick notes – “do it like this scene” or “do it like this movie”, or he’s even sometimes referenced animated movies. “You know that scene in Part Two of Dark Knight Returns? Do it like that”. I just get his shorthand of directing because I know where he’s coming from after all the years, and I think he has a great fun vibe on set and with moviemaking you need as much fun on set as you can get. That was a very dark movie, but the set was very light. He’s a very lovable, fun-loving guy. I don’t think you can pull these movies off and work fast with a very low budget if you didn’t have a leader who encourages people to do better work. People walk off set or they quit but he gets people to work an extra day. All the actors that come on those guys are pros. If they need any more footage and they’re like “Christian, if you need another day, I’ll come in and do another day”. You don’t see that all the time. But he inspires, like a little sense of joy of moviemaking. He enjoys making movies, and I think that’s a big deal.

How did you find filming during Covid?

Because movies have so, so many hurdles to get going anyway, the Covid thing and that particular crew and some other people I know, they’ve kind of adapted to it because it became another thing you have to do on movie set. So people were wearing masks, people were getting tested a lot. And I don’t know, man, I’m working on a movie right now in Thailand. It is super strict. Thailand is crazy strict with Covid right now, so their rules are stricter than the United States. I think people just adapted to it. I forget sometimes, “Oh, everyone has a mask on right now” and then they say “Action” and you take your mask off and you do the scene and you put it back on. I think we just adapted like people did in daily life. There are the scares of if someone got sick, it could take down a movie for a while. That’s the biggest thing. There’s a threat hanging over where you’re thinking “I hope I don’t test positive and take this movie down”. That’s the only thing but with movies sometimes you feel like every movie is going to get shut down every day anyway. 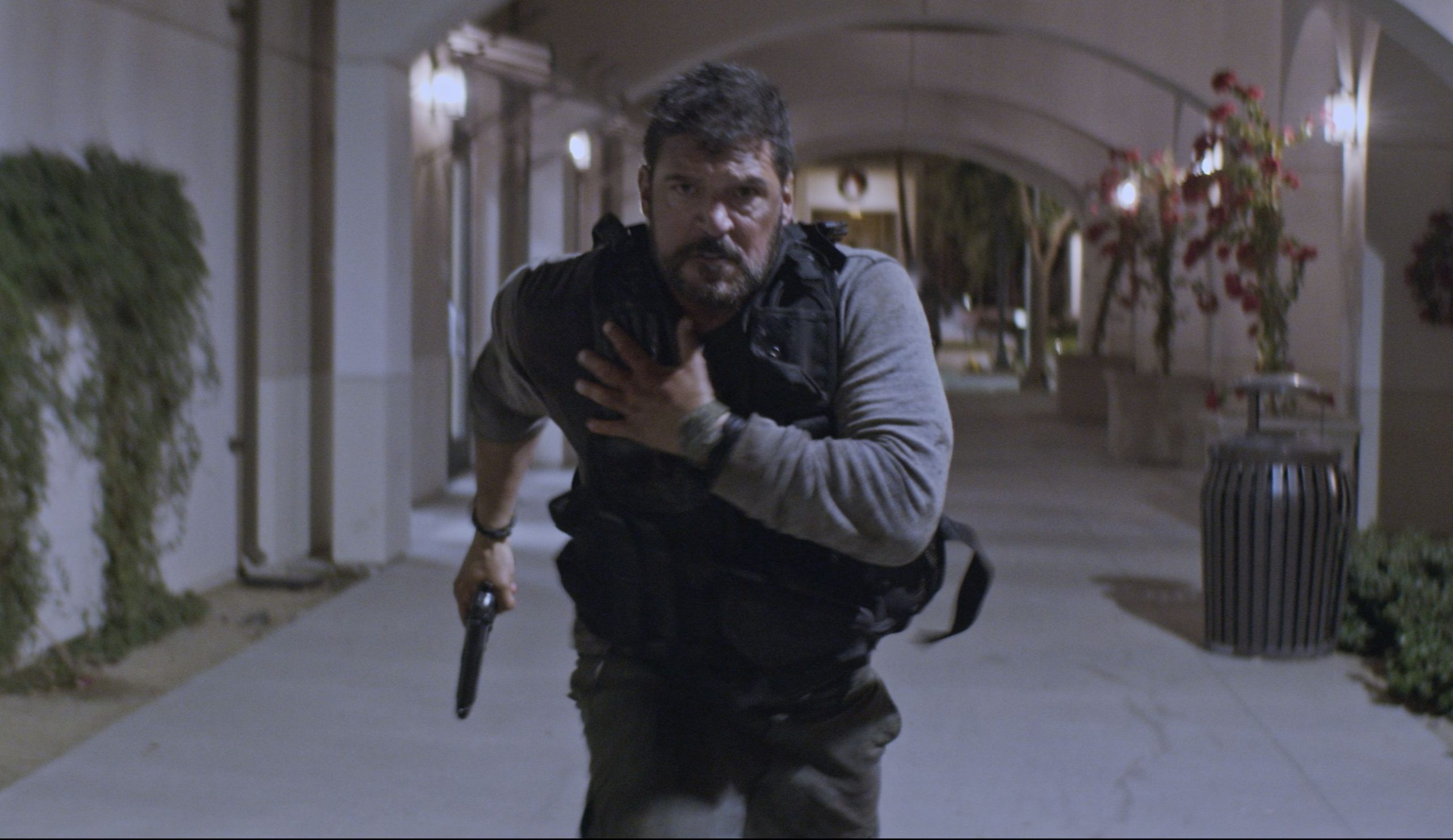 How was working with Richard Dreyfuss?

Incredible and you want to act like a professional, like you’ve been around before, but I grew up watching this guy and I was pretty open and kind of nerded it out a little bit with him, but he was cool about it. We sat down and talked and it’s very easy to be intimidated and I just can’t be like that. I sat with him and we talked about and the guys like Lucas and Spielberg who he worked with and Coppola and he’s just a fascinating guy. He’s still animated. He still loves making movies. He was not just phoning it in. I’m lucky to be sitting down with an actor from that generation, so I really enjoyed it. And again, I’m a geek, and this guy got to fight Jaws so I’m happy to be sitting across from him.

Finally, what would you like audiences to take away from Every Last One of Them?

First of all, I hope they enjoy it. Secondly, I hope they see that we tried. I don’t even want to say we because I did what the guys said, but if the filmmakers, the producers and the director and the writers, they tried to do something a little different and like you said, there was some heart to it. I hope that everyone gets that revenge is not the way to go and we all have pain. There’s a lot of stuff in there that you don’t always see in action movies. I hope it shows. I hope people appreciate that and if not, I hope they get to sit down and watch some people shooting each other. I like those too where we can just zone out and do that. I love that.

Thanks so much for taking the time to chat today and all the best with the movie.

Thank you very much, man, I will talk to you soon. I’m a fan of the site, so thank you so much.