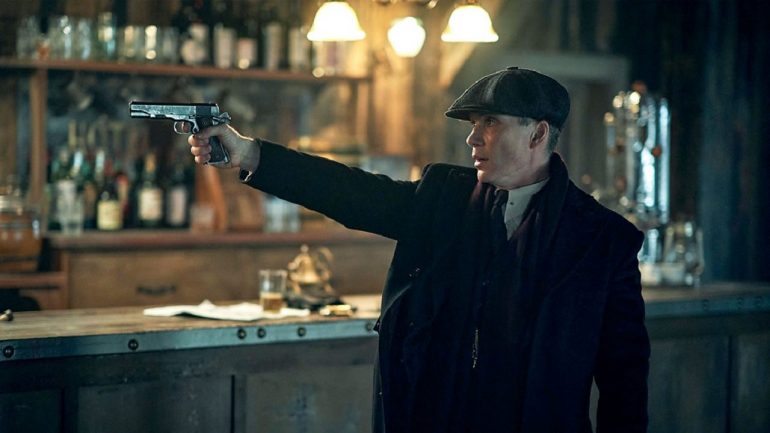 The sixth and final season of Peaky Blinders has some of the most emotional moments of the entire series; the near endless grimness does get a bit much and it leaves things more open than you may like but Cillian Murphy and Tom Hardy ares still magnetic on screen together and the climactic episode has some decent action scenes. it is a little slow for the first few episodes but I found the story gripping enough that I was never bored.

Plot: A war veteran who fought in the trenches, Tommy Shelby has been a gangster, an entrepreneur, a captain of industry, a spy and ultimately a Member of Parliament. In the course of this odyssey, he has taken on numerous criminal organisations, business adversaries, foreign insurgents, and the British Establishment itself. Now, in the 1930s, as the clouds of the coming storm gather, he faces the consequences of his experiences and his actions.

Review: The sixth and final season of Peaky Blinders is out now on Netflix and I binged it over the past weekend; I’ve personally loved the series for the most part although I was mildly less interested once Tommy Shelby (Cillian Murphy) turned to politics. I preferred it when it was just about violent gangsters however, the way the story has progressed it seems that no matter what Tommy tries to do he can’t escape that life or the demons inside of himself. His greatest enemy is the man in the mirror as there is always one last job before he goes legit as he continues to treat people like objects to be used and removing anyone in his way. We shouldn’t like him but Murphy’s sheer charisma makes us constantly root for Tommy despite all his misdeeds.

After the tragic passing of Helen McCrory last year (who played Polly) this season feels like it was rewritten to accommodate it and you definitely miss Polly’s presence as her constant sparring with Tommy kept things interesting especially as his feud with her son Michael escalates.

This series takes place 4 years after the murder of Polly and the Peaky Blinders are a shadow of their former selves with Arthur addicted to drugs barely able to function and Tommy trying to expand the import/export business to Boston. He is trying to get Jack Nelson (James Frecheville) and Arthur Mosley to work together for a new world order of fascism but Tommy has his own plans. He really goes through the emotional ringer this season dealing with personal loss and health issues while also trying to keep in control of the business.

It isn’t exactly packed with action but the final episode has some decent shoot-outs and there are some violent kills especially the scene with the Referee who refuses to be dishonest. It’s still never boring although the dark visuals are so depressing while also making it hard to see what’s going on at times. It still has a nice sense of style with modern music used to perfection with the almost Hellish visuals.

By the time we reach the end credits of the final episode you almost breathe a sigh of relief to get out of the near constant grimness but there are certain plot threads that are left unresolved so it’s not totally satisfying; there is meant to be a potential movie in the works which will give us a proper send off so hopefully we don’t have to wait too long if indeed it is still happening.

Tom Hardy shows up in two episodes once again as Alfie Solomons and steals every scene as ever with some hilarious one-liners that admittedly require subtitles as he is the master of mumbling.

There are all kinds of twists as this series refuses to be predictable; the performances are amazing and the writing remains sophisticated with some great dialogue.

Overall, Season 6 of Peaky Blinders is a fitting finale that has some genuinely emotional scenes as well as an almost constant feeling of impending doom and despair; not everything is resolved as we may be getting a movie to wrap it up properly but even if we don’t leaving things open is a nice way to finish it so we can use our imaginations as to what happens next…