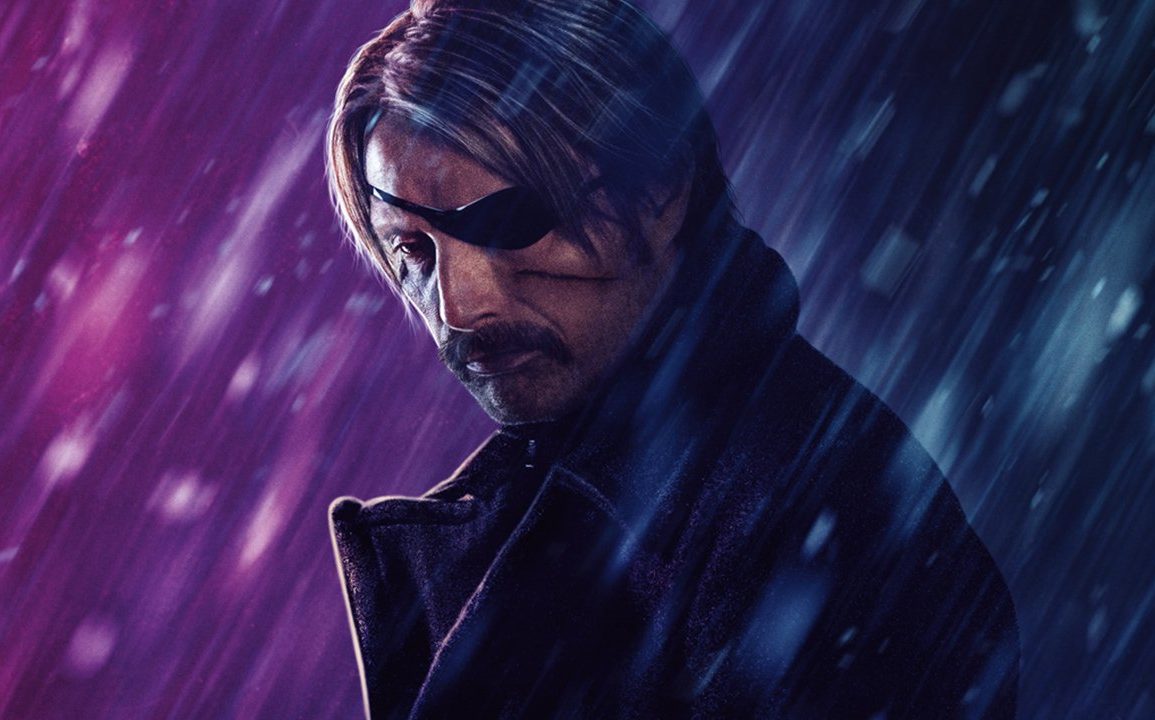 Polar is a slick and stylish actioner with Mads Mikkelsen at his badass best but it’s let down by the sleazy tone and absolutely horrible villains who just need killing. If you’re going to give it a watch then I would advise not eating…

Plot: The world’s top assassin, Duncan Vizla, aka The Black Kaiser, is settling into retirement when his former employer marks him as a liability to the firm. Against his will, he finds himself back in the game going head-to-head with an army of younger, faster, ruthless killers who will stop at nothing to have him silenced.

Review: I’ve been spending more time watching movies on Netflix these days than I have in movie theatres but there haven’t been any decent action flicks released on the big screen for a good while. The latest actioner I watched was the Mad Mikkelsen starring hitman movie Polar from director Jonas Åkerlund and like everyone else after watching the trailer I very much got the John Wick vibe; after all the plot is about a retired assassin who is forced to come out of hiding once his former associates come hunting for him. He also has a dog which doesn’t go the way you may expect but does provide some dark laughs.

So far so blah and the story doesn’t really offer anything new giving us a John Wick meets Smokin’ Ace’s atmosphere that sadly isn’t as good as either film.

Polar certainly doesn’t lack style as it’s beautifully shot with fluid action scenes, nice camera work and some impressive moments of graphic violence. Mad Mikkelsen can also do no wrong with his ice cool demeanor perfect for the character of The Black Kaiser AKA Duncan Vizla.

Where the film falls apart for me were the villains who were just one note and entirely unpleasant; first we have the ragtag group of assassins who are as obnoxious as they come and are just cannon fodder for Duncan but they very much leave a bad taste in the mouth as some of their scenes are frankly rather hideous. Then we have Little Britain star Matt Lucas as the main villain Blut who manages to be the least threatening bad guy of all time; he poses no physical threat whatsoever to Duncan and is just a creepy, disgusting weirdo.

I found the pacing and tone a little odd as well; yes we have plenty of moments of unpleasant violence but we don’t get that many amazing action scenes with a rather plodding first half with nothing ever rivalling the choreography or style of the Wick series. Then we have “comedic” songs playing as people are being horribly murdered to make it seem like it’s all just lighthearted fun when it’s really just plain mean spirited and sleazy. There is a prolonged torture scene with Duncan having all manner of horrors done to him which feels like revenge for Le Chifre torturing Bond in Casino Royale.

I love violence and sex scenes as much as the next guy but something about this movie just made me feel like I wanted a shower afterwards.

There are still some impressive sequences; one involves Duncan taking out a group of assassins in the woods but the best moment involves him using those awesome gloves to control the guns towards the end to devastating effect. I also enjoyed Duncan escaping from the torture and killing the guards with no mercy which was incredibly satisfying. I definitely thought the second half was superior as it had more in the way of action.

Vanessa Hudgeons was almost unrecognisable as Camille, a girl who is clearly running from something but is one of the few truly sympathetic characters in a movie filled with vile killers.

Deadmaus provides the techno-infused score which really works during the action scenes; when Duncan goes into one man army mode the base builds up and gets the adrenaline going.

Overall, Polar isn’t a poorly made film by any means; it’s slick and stylish with some gruesome hard R moments but I just hated the villains and it was such an unpleasant watch that I doubt I’ll sit through it again. It is very much open for a sequel however, which admittedly I would check out if it had more badass action scenes and focused less on being depraved. Bring on John Wick 3 now instead.