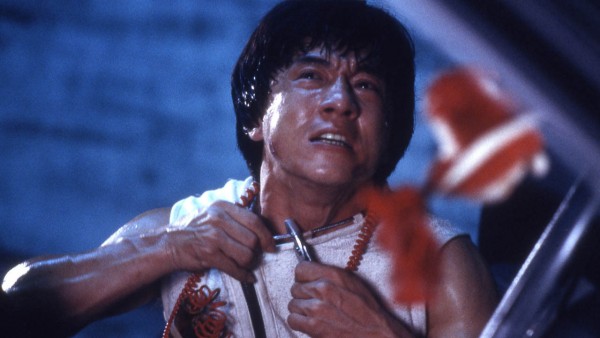 Police Story 2 is nowhere near as good as the first; it has some decent action in parts but its uneven pacing really drags it down and is a struggle to pay attention during the talkier moments.

Plot: The Hong Kong super-cop must stop a group of blackmailing bombers at the same time that the villains of the first Police Story are out for revenge.

Review: After the incredible action scenes of the first Police Story I have to admit that I was a little let down by this sequel.

Don’t get me wrong, there are some amazing stunts and set-pieces with genuinely breathtaking explosions, but the story was just not that interesting and frankly it was really boring during the middle section.

I liked the idea of the terrorist bombers threatening the big company for money but it really lacked the tension that it could have had.

Jackie Chan is as awesome as ever and you root for him from beginning to end and there are some plot twists which turn the story in different directions which was a nice touch. You also really feel sorry for his long suffering girlfriend May (Maggie Cheung) who has to go through all kinds of trauma for this man who (apparently) loves his job more than her.

I liked how this directly continues from the first movie and rather than feeling like a tacked on sequel, it feels like a natural story progression.

The bombers are hateful and you can’t wait for them to get what they deserve; I liked how one of them was a deaf/mute which you probably wouldn’t get away with today. The climactic fight between them and Jackie is the highlight of the film.

Like I said, there are pacing issues in it though and there are too many talky scenes rather than ass-kicking scenes which are what we all want to see.

Overall, Police Story 2 is nowhere near as good as the first; it has some decent action in parts but its uneven pacing really drags it down and is a struggle to pay attention during the talkier moments.