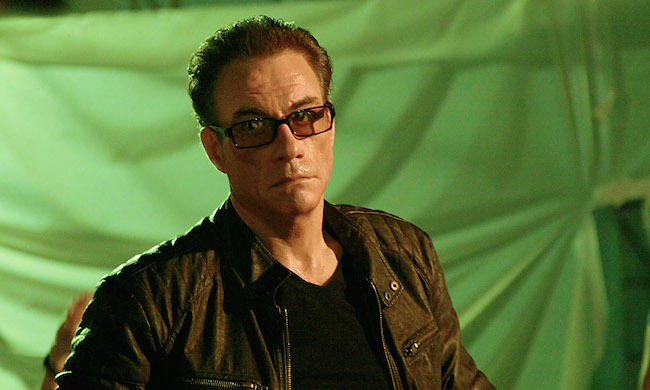 Pound of Flesh is a more serious movie than you’d maybe expect but it’s definitely worth watching for the first rate action scenes, JCVD doing the splits and of course Darren Shalahvi’s scene-stealing villain.

Plot: A man’s heroic attempt to help a woman in distress ends up with him waking up the next day without a kidney and plotting his revenge.

Review: Jean-Claude Van Damme returns in the highly anticipated Pound of Flesh; this marks the third outing between the action star and director Ernie Barbarash who previously worked together on Assassination Games and 6 Bullets.

I think a lot of people are expecting ‘JCVD does Crank’ and although Pound of Flesh is quite insane it’s never quite as over the top as Crank. It isn’t without a sense of humour though with a few choice one-liners and it relishes the rather crazy concept.

It also has some fantastic fight scenes courtesy of the great John Salvitti and Van Damme can still move, proving that even younger action stars can’t match The Muscles from Brussels when he brings the pain.

The film also has a sadness hanging over it though because it was one of the last movies to star the late great Darren Shahlavi; he’s the main villain Drake and his fight scenes with Van Damme are a definite highlight, especially the alley fight at the start. There is a nice tribute at the end to him which still makes it hard to think he’s gone…

The action is plentiful and Pound of Flesh is truly JCVD back at his best; there is an awesome nightclub battle and a one man army sequence towards the end which hearkens back to the classic action movies of old as our hero takes on a compound of goons wearing night vision goggles.

Keep your eyes open for one sequence where Van Damme puts a Bible to work in a way you haven’t seen before which is one of the most disturbing scenes to watch.

John Ralston plays JCVD’s brother George and he was a great find; he brings genuine soul to the story as a man of faith who is trying his best not to question God during his incredible personal struggle. This adds a nice bit of depth to the film which you wouldn’t expect from your average actioner.

Brahim Achabbakhe and Mike Leeder only have small roles but Brahim gets to show his fighting skills during the club scene which I think might be my favourite moment of the film.

Leeder of course is the recipient of the car beatdown (while Van Damme does the splits) in what is sure to become a classic action scene.

You can tell the movie didn’t have a massive budget which is apparent in some blue screen moments during certain scenes in the cars and there are a few obvious moments where doubles are used.

The score was haunting and had an almost operatic atmosphere with some nice female vocals providing an extra bit of soulful moodiness.

Overall, Pound of Flesh is a more serious movie than you’d maybe expect but it’s definitely worth watching for the first rate action scenes, JCVD doing the splits and of course Darren Shalahvi’s scene-stealing villain.