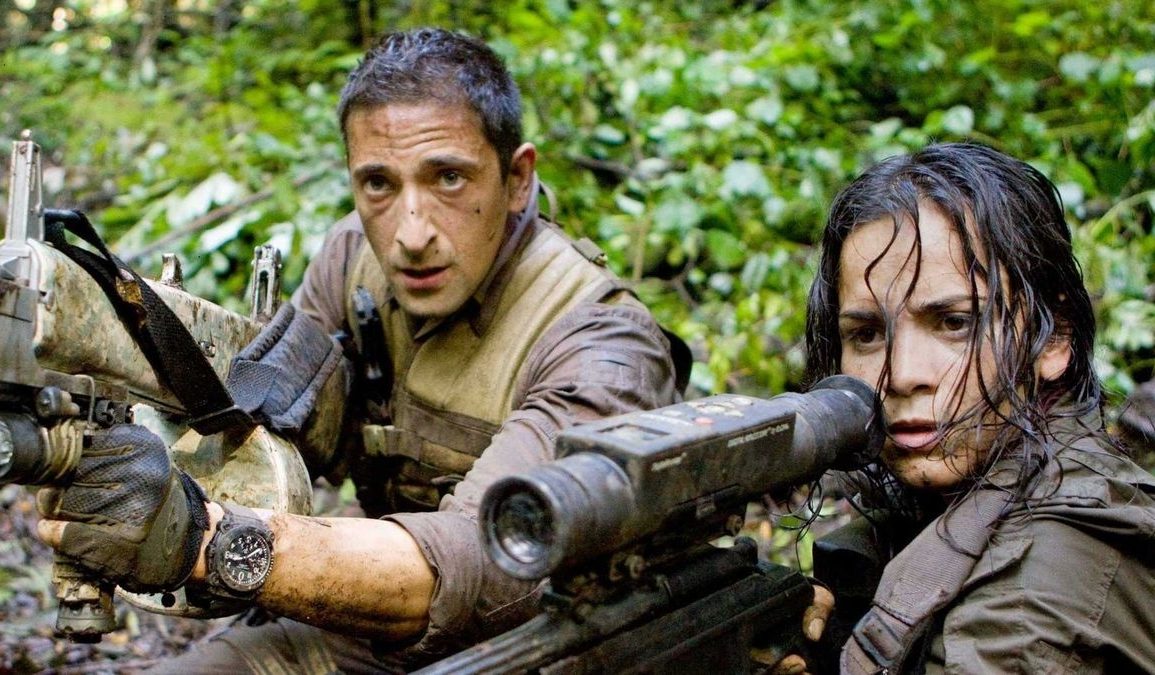 Today marks the 10th anniversary of Predators, the third entry in the “Predator” franchise; sitting at 65% on Rotten Tomatoes it generally got favourable reviews but was described as formulaic by some and didn’t go in any brave new directions almost feeling like a reboot of the original movie except set on an alien planet.

I would agree with that but despite its flaws I’ve always rather enjoyed it and it’s still vastly superior to the 2018 film The Predator. At the time I was surprised by the casting of Adrian Brody as the lead Royce as he was not what you’d expect but I really liked him in the role as he was surprisingly believable, sympathetic and badass. The opening sequence with him falling from the sky was a real attention grabber promising us something rather special which ultimately didn’t really happen but it’s still a fun ride.

I do wish we’d got a follow up with these characters as I’d love to know if/how they got off the planet at the end but sadly it wasn’t meant to be. The box office was hardly terrible as the budget was only $40 million and it ended up making $127.2 million worldwide so I was surprised we didn’t get a proper sequel.

Predators has a rather awesome cast including Topher Grace, Alice Braga, Laurence Fishburne Mahershala Ali and one of my favourite actors Walton Goggins. Then we have Louis Ozawa Changchien as Hanzo, a Yakuza who faces off against a Predator in a sword fight sacrificing himself so the rest of the crew can escape in one of the film’s action highlights.

Alas Laurence Fishburne’s scenes really kill the pacing of the film and you can’t help but feel it would have been so much cooler if it was Dutch or Hartigan in that role. Both were apparently initially meant to show up in an early script but ended up being cut which is a damn shame. Why do they keep denying us what we want to see? At least there’s Predator: Hunting Grounds with Arnie voicing Dutch once again…

Danny Trejo is also a little underused and he probably just showed up as a favour to his buddy Robert Rodriguez who produced the film.

John Debney provides the score which updates the Predator Theme nicely with some cool electric guitar added to it which really works in giving it a grittier, modern feel.

The various Predators look the part although I hate that we don’t get to hear them roar like the classic creature; the Predator Dogs work better than they do in the 2018 movie as well as they are underused and not used for stupid comedic effect.

Overall, After 10 years Predators may not be a classic but it’s an entertaining enough sequel with an impressive cast and some decent set-pieces; it may lack iconic dialogue or scenes but it’s still a good time.