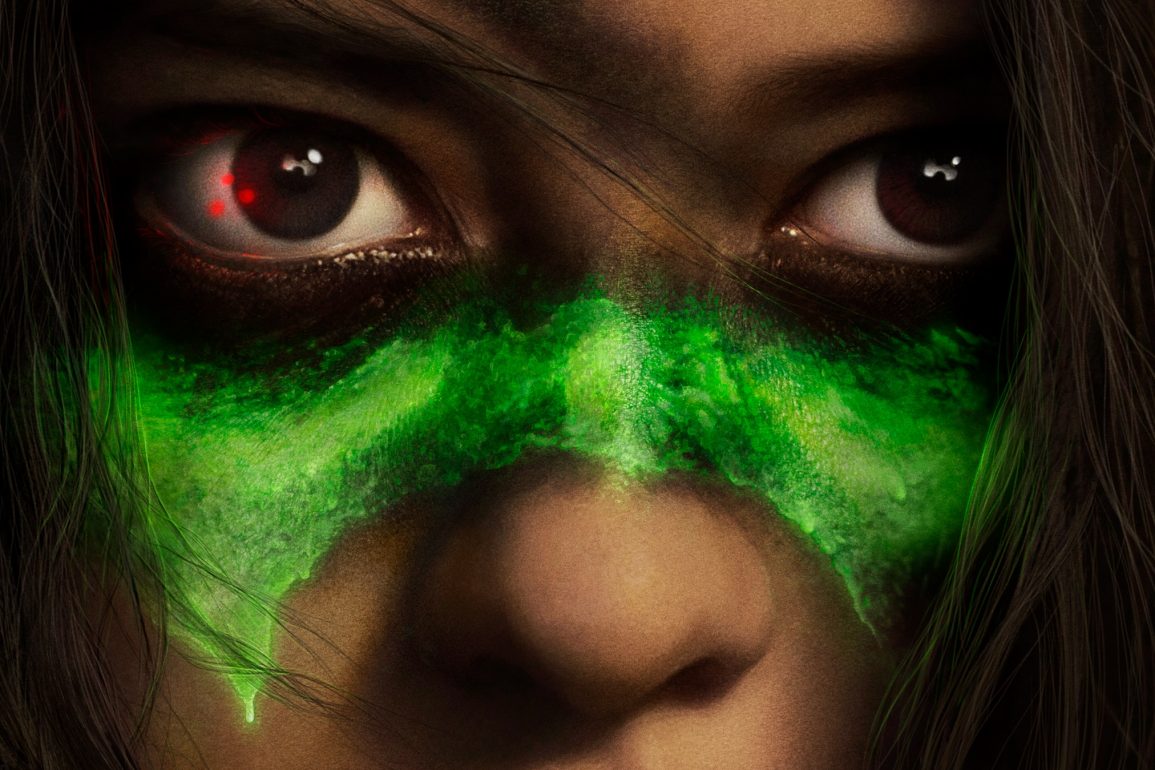 Prey is one of the best entries in the Predator franchise which may not reach the lofty heights of the original classic (or the underrated second film) but Naru is an appealing lead and it has enough gory kills and tension filled moments to be well worth checking out. It’s too bad we don’t even get hints of the Predator music but it’s likely too bombastic for a more scaled down tale like this.

Plot: The newest entry in the “Predator” franchise, 20th Century Studios’ “PREY” is an all-new action thriller set in the Comanche Nation 300 years ago. It is the story of a young woman, Naru, a fierce and highly skilled warrior who has been raised in the shadow of some of the most legendary hunters who roam the Great Plains. So when danger threatens her camp, she sets out to protect her people. The prey she stalks, and ultimately confronts, turns out to be a highly evolved alien predator with a technically advanced arsenal, resulting in a vicious and terrifying showdown between the two adversaries.

Review: After the disappointment that was the 2018 film The Predator many of us thought the franchise was dead but then writer Patrick Aison and director Dan Trachtenberg came up with an interesting idea taking the franchise back to basics and setting it several hundred years ago showing us the Predator’s first hunt on Earth. In this entry the alien hunter faces off against a Comanche warrior named Naru (Amber Midthunder) and her tribe giving us something fresh while also still feeling like a Predator film.

I’ll admit I wasn’t expecting much from Prey but I knew I was going to enjoy the film within the first few minutes as it looks gorgeous with Alberta, Canada as stunning as ever and the landscape almost feels like a character in itself. It sets up the world nicely introducing us to Naru who is headstrong and thinks she is as good a hunter as her brother but her skills aren’t quite up to scratch. For the first half of the film she is trying to become a better hunter while also investigating some strange occurrences where animals are ending up dead; her people think it’s a lion but soon find out it is something far deadlier.

I like how Naru keeps failing so she actually has a proper character arc to go through; she is an immediately appealing protagonist and her relationship with her brother gives real heart to the story. I’ve always found the warrior aspect of Native American culture to be fascinating and the Comanche’s are a worthy adversary for the ultimate hunter.

The fact this is set several hundred years ago means that the Predator’s tech isn’t as advanced as in the 1987 film so it doesn’t have the shoulder laser; this is quite a different creature than what we’re used to and even the facial design is a little changed; I’m not sure I loved that aspect but you could still tell it was the Predator.

Prey is a blissful 96 minutes long and although you could argue the first half is a little slow it’s building up the characters and tension; we get scenes of the Predator fighting various animals as it looks for a proper opponent and it eventually finds one with Naru. I liked how the Predator is scary again; there are no stupid Predator dogs here, just the vicious hunter looking for its next trophy but it still has its sense of honour at the same time only going for those it sees as a threat.

This likely won’t bother anyone else but my biggest issue with this movie is the lack of any of the Predator music; the score is decent but we never even get a hint of Alan Silvestri’s classic themes. Admittedly the main Predator theme would be too militaristic and wouldn’t suit this film but there are moments from the original score which could have fit well into Prey.

Aside from Naru few of the other characters make an impact and won’t be talked about the way Dutch, Mac, Dillon and the gang are but they were the originals so it’s understandable.

Prey doesn’t skimp on the gore either with some gruesome kills well deserving of the R-rating so those worried this would be watered down can rest easy.

Obviously the original Predator will always be the best and I also personally love part 2 but I would rank Prey way up there as it breathes new life into a franchise that I thought had overstayed its welcome. I would still love to see a film set on the Predator’s home world or other time periods so there are potentially interesting places they could take the series.

Overall, Prey is a welcome addition to the Predator franchise and is the best entry we’ve had since part 2; I do miss hearing the Alan Silvestri music as that’s what makes it feel like a Predator movie but we do still get some satisfying kills, an appealing lead and some fresh ideas that reinvigorate the franchise.