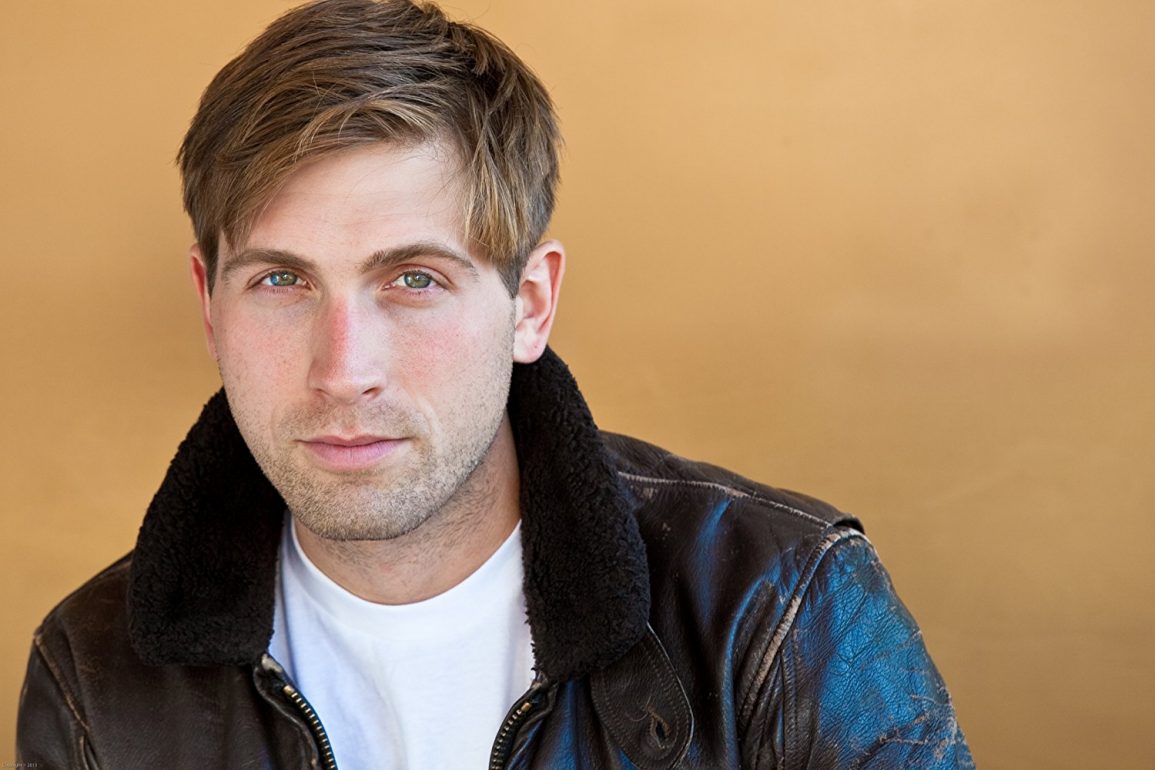 Steven Luke is a graduate of South Dakota State University, where he pursued and honed his natural love of acting. His most recent works include “Souvenirs” starring Academy Award nominee James Cromwell and “The Deep End,” for which he earned a Best Actor recognition at the 2011 Fischgaard Short Film Competition.

His work in the short film ‘Paper People,’ has also earned Steven a Best Actor in a Short film, for the 2012 Best Actors in a Film Festival. When not in front of the camera, Steven utilizes his skills as a historic military technical adviser and supplier for the motion picture and television industries. Favorite film roles include Mads Mikkelsen in “Valhalla Rising” and Gunnar Björnstrand in “The Seventh Seal.”

Steven stops by to chat about his new movie War Pigs which he co-wrote produced and starred in.

You co-wrote and produced the new movie War Pigs starring Luke Goss, Dolph Lundgren and Mickey Rourke; how did the idea come together and how long did it take to finish the script?

Yes, I was very fortunate to be able to write and produce a Hollywood movie with such huge stars as Mickey Rourke, Dolph Lundgren and Luke Goss, truly blessed. War Pigs is a WWII based action adventure film much like the WWII movies of old– like Kelly’s Heroes and The Dirty Dozen. The script had a lot of those same fun gritty elements from all those war movies I watched growing up as a kid. I suppose the idea for War Pigs, this rag tag group of misfits that go behind enemy lines, really stemmed from those old WWII movies and the fun adventures the men would go on to bring down the evil Nazi war machine.

It was a lot of fun to write and it was amazing to be able to bring those characters to life through the movie. The script went through about 10 revisions and took about 9 months to completely finish. It’s always a labor of love when writing a feature film. You have a lot of character arcs and story plot points you have to tell and keep track of. I also think the hardest challenge to writing a movie, is not knowing if it will ever get made on the big screen. I was fortunate enough to be able to Produce the movie as well, so I knew I could give the script the best chance of being made. That is very rare for a writer to be able to do.

What cast did you have in mind when writing?

Andre Relis, my producing partner and really good friend, had  a previous produced feature film called Blood of Redemption with Dolph Ludgren, he mentioned that he very much enjoyed working with Dolph and would love to get him into our WWII era movie.  From this I grab a fun unique character—Captain Peter Picault of the French Foreign Legion,  and pegged it as Dolph Ludgren, his character was so much fun to write and Dolph played him amazingly! I think people will be impressed and amazed with Dolph’s performance in War Pigs—He brought the whole character to life.  I had seen Luke Goss in the Death Race movies and always thought he had an amazing look and acting talent.

I talked to my former cast mate Doug Jones about Luke Goss, which they had worked together in Hell Boy II, he had nothing but amazing things to say about him… so when I penned the lead of Lt. Jack Wosick, Luke was always in the forefront of my mind as playing that part. I was so happy when he agreed to play the role when we were casting. It is always fun to see actors play the parts you wrote because of them.

How would you describe War Pigs and were there any major influences behind it?

War Pigs is a fun action adventure movie set in WWII. It follows the story of disgraced former Captain Jack Wosick, who is tasked to lead a rag tag unit of misfits behind enemy lines to destroy one of Hitler’s last ditch wonder weapons. Some of the major influences on the story are my love for history and the WWII time period in general. WWII was such a black and white war; there was good and bad, and it is always fun as a story teller to be able to tell those kinds of tales.  Plus it is always fun to kill Nazis, which seems to be a common cinema theme.

For those who don’t know, as a producer what kind of challenges did you face in getting the film made?

Producers face many challenges on getting a movie made. I think one of the biggest challenges is just being able to get someone to believe in the story you want to make. A lot that a Producer has to do hinges on the story he is trying to tell.  I think it is also really hard to surround yourself with good and talented people. I believe in building a team and always keep that team ready to make movies with you. Once you find those guys, never let them go. Independent film producers have so much more obstacles in their way today. Distributors are always wanting bigger names, more action, more production value—and the budgets are getting tighter and tighter, it can be a real challenge. To me though, that is the art side of things; how can I make this movie and tell this story for the amount of money that investors are willing to give you.

You’re a trained historic military technical adviser & supplier to the movie industry; how did you get involved in that?

I went to college and got a History degree from South Dakota State University because I have always loved people past and the stories in history. My other love was movies, so I thought what better way then to combine my two loves. With this love of history in mind I started a small business called ManTheLine.com I reproduced and sell WWII WWI and other historic related uniforms and equipment. I have helped supply movies such as Fury and The Pacific for HBO. I have been really blessed in being able to work my hobby in an industry I love.

How have you used those skills on War Pigs?

YES! It is hard to bring a period piece to life, let alone a WWII era war movie. With my resources and contacts I was way more prepared to make a WWII era movie than most others.  Plus it always helps to be able to give real answers to questions that actors or directors have about things that soldiers did during the war, such as holding a rifle or saluting or even just the period slang the men would use.

What made you want to be a producer as well as a writer and actor?

I started my love of producing because I love the business side to movies. I love how every film has its own unique challenges. It really is my love for running business that stems my love for producing. Writing is my ability to express my self with story telling. I have always been a big reader and just love to tell stories, writing allows me to do that. However Acting is my first love, I love being able to perform for an audience through the lens of a camera. It is a unique  experience a film actor gets to have, we do not have any audience reaction until the finished film, so as an actor when you are performing you are always left with the question–are you doing a good job or not? Is the camera believing what you are doing? Will the audience buy it? I love that challenge as an actor.

What is a typical day for you as a producer on War Pigs? I imagine every day has different challenges…

Great question, every day is so new. The three stages a film goes through, Pre- Production and Post all have new challenges. A typical day for me is answering through all the emails, trying to answer story questions or questions from distributors or Investors. Currently I find myself giving detailed notes and watching rough cuts of different scenes, trying to find the best way to tell the story from what we shot.

You also have a role in the film as a character called Preacher; can you tell us about him?

First let me say how an amazing experience it was to get to work and study Luke, Dolph and Mickey as they acted. As a young actor getting to watch these professionals perform was just mind blowing and I consider it one of the most rewarding movie experiences I have had as an actor.  I learned so much from each of them.  As an actor that hopes to someday be big action stars like these guys it was a great  opportunity to see A-list action stars work.  Preacher was a fun character. It was unique because I wrote the part, but as an actor I decided to play him not how I wrote him. Preacher was a very shy and wholesale kid, He very much wanted to be a loud mouth of the group but just didn’t have the courage to be as cocky as the others. He was a very different role than what I usually play and it was a lot of fun to play him.

Do you see crowd funding as the future of independent cinema or just a different avenue for financing?

I am just finishing up the last stages of funding my new WWI era movie Called “Over There.” So if you know any big money investors out there, they still have a chance to get in.   I am also producing a political thriller feature film called “Social Campaign,” With one of my producing partners Hamid Torabpour. We start shooting in May in Minnesota.

Thank you very much for taking the time to chat with us and all the best with the film; really looking forward to seeing it.

Thank you for the opportunity to talk about War Pigs, we release in this summer so be sure to check us out when it is available to watch.