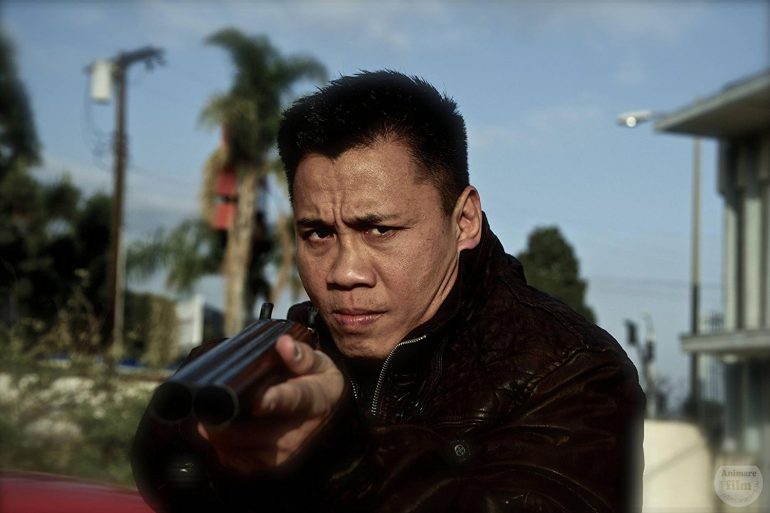 With a stand-out performance from Dolph and surprisingly developed characters, Puncture Wounds goes for the jugular and doesn’t apologize for it.

Plot: After returning home from a traumatic tour of duty in Iraq, John finds himself struggling with PTSD. What little peace he had managed to build around him is shattered one fateful day when he rescues a local call girl from a group of violent Aryan Brotherhood pimps. Having killed several of the high-ranking brotherhood during the rescue, John and his family are now the prime targets of Hollis, the ruthless criminal leader of the group.

Review: Cung Le, Dolph Lundgren and Vinnie Jones star in this hardcore action movie from director Georgio Serafini; I have to say I’m a big fan of this director’s style of movies. They don’t have huge budgets or spectacular action but they have plenty of hand to hand fight scenes and well developed characters.

Vinnie, Dolph and Gianni Capaldi have been working on a few movies together now with Georgio Serafini and I’ve enjoyed each of them thoroughly. I’m a big fan of Capaldi for the simple fact that he’s a fellow Scot so I gotta support my boy.

Gianni Capaldi plays Vin and is one of my favourite characters; he’s getting tired of the killing and violence in their trade and wants out. Hollis isn’t too pleased but sadly Vin’s story doesn’t really get any closure; he gets injured and that’s it but we never find out what happens to him, which was a shame.

Cung Le plays the hero John, who is suffering from PTSD; it looks like this was written by someone who has actually fought in the military (or at least researched it) as there is a lot of attention to detail with fight moves, etc. Le plays John as a man on the edge and after the shocking murder of his family he goes on a vengeance fuelled rampage.

One of the best developed characters is  Sgt. Terry Mitchell (James C. Burns) who pretty much knows that John is the man killing all of Hollis’ men. As far as he’s concerned John is doing the world a favour. Mitchell spends his spare time by his dying wife’s hospital bed, which is a nice touch as it shows us what a good man he is and that he’s essentially the incorruptible hero.

Vinne Jones doesn’t have that much to do and is a little wasted, but he’s always fun to watch on screen as he’s great at playing a scary badass… no acting required.

The script by James Coyne doesn’t have any clunky dialogue and the whole film has a real and gritty approach. It’s brutal and quite disturbing in places and shows us more than we probably need to see.

The pedophile character is excessive and leaves a nasty taste in the mouth; it’s not like there isn’t plenty of other awful stuff going on like rape/violence, so I would have cut that… but that’s just me.

The final 20 minutes are pretty much one man army time as John heads to Hollis’ compound and takes out his goons with knives and guns. Actually, it’s technically a two man army as he does have some help from his crippled war buddy as a helpful sniper.

If you’re looking for Transformers style action scenes with exploding buildings and CG then you best move along as this isn’t for you. However, if you’re looking for a Hard R, adult oriented revenge story then you’ll have a blast with Puncture Wounds. With a stand-out performance from Dolph and surprisingly developed characters, Puncture Wounds goes for the jugular and doesn’t apologize for it.