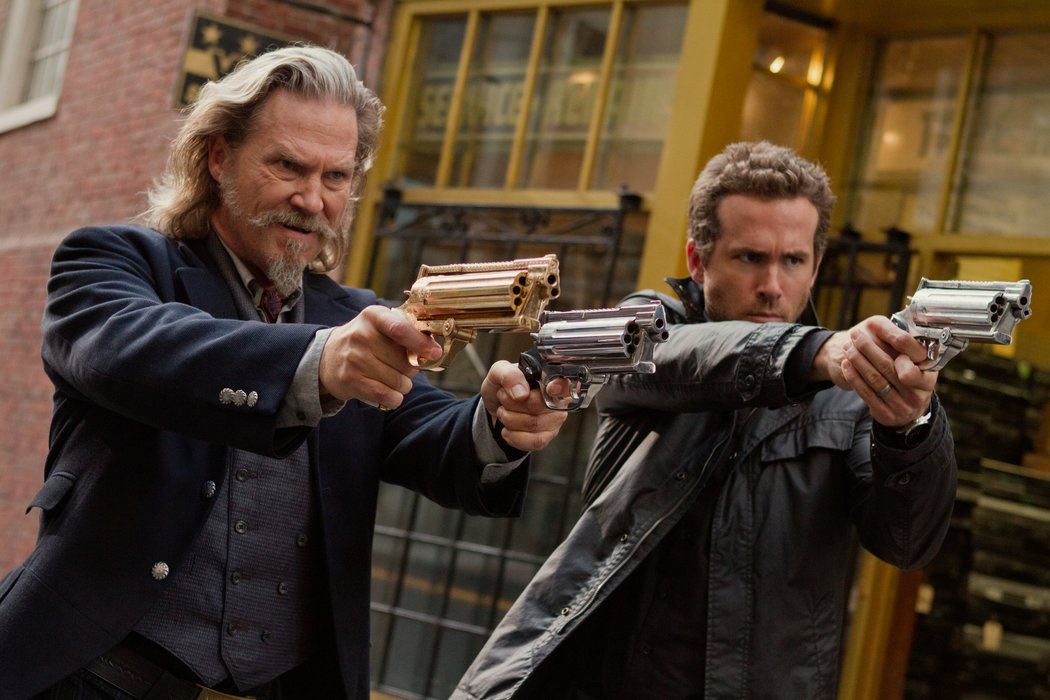 R.I.P.D. is a pretty bad film with some awful special effects and a story that’s pretty much exactly the same as Men in Black.

Plot: Veteran lawman Roy Pulsifer (Jeff Bridges) works for the R.I.P.D., a legendary police force charged with finding monstrous spirits who are disguised as ordinary people but are trying to avoid their final judgment by hiding out among the living. When Roy and his new partner, Nick Walker (Ryan Reynolds), uncover a plot that could end all life, they must discover a way to restore the cosmic balance or else watch the tunnel to the afterlife start sending angry souls back to the world of the living.

Review: From the trailers I thought this just looked like a generic rip off of Men in Black; I knew it was based on a comic book but nothing from what I’d seen had sold me on this film adaptation. I was scrolling through Netflix last night and thought I’d give it a shot and do a review… so here we are.

My fears were proven sadly correct pretty much from the first few minutes when we are introduced to one of the worst pieces of CGI I’ve seen in a long time; the effects don’t get much better for the rest of the movie and you wonder when the film was released how anyone could have been satisfied with the finished product. Obviously there are sometimes behind the sense issues but it’s a shame the film turned out so poorly as I thought it was an interesting concept and there were some cool ideas too.

I used to not like Ryan Reynolds but I’ve become a big fan over the past few years and I hope Deadpool is the hit he deserves. Both he and Jeff Bridges do the best they can with what they are given but the script lacks any real spark with no memorable dialogue.

There were a few amusing moments but not enough for what I believe was meant to be an action comedy. Jeff Bridges has been more of a caricature in recent movies and this is up there with Seventh Son in terms of mumbling and slightly crazy old men. He does at least look like he’s having fun in this which makes things more tolerable.

At only 90 minutes it’s well paced and takes no time in getting going but I feel like there is a better film in there somewhere which gives us more of an exploration of the (after)life of the R.I.P.D.

Kevin Bacon is always good value as a villain but he isn’t given much to chew on and I wonder if when the cast signed on for this if they were maybe expecting something a little better.

The biggest flaw aside from the poor visuals is the mixed tone; is this a kid’s film? If so it deals with quite a dark subject matter and during various scenes you aren’t quite sure how to feel.

Overall, R.I.P.D. is a pretty bad film with some awful special effects and a story that’s pretty much exactly the same as Men in Black. Personally I would watch that instead as there’s not much to recommend here.