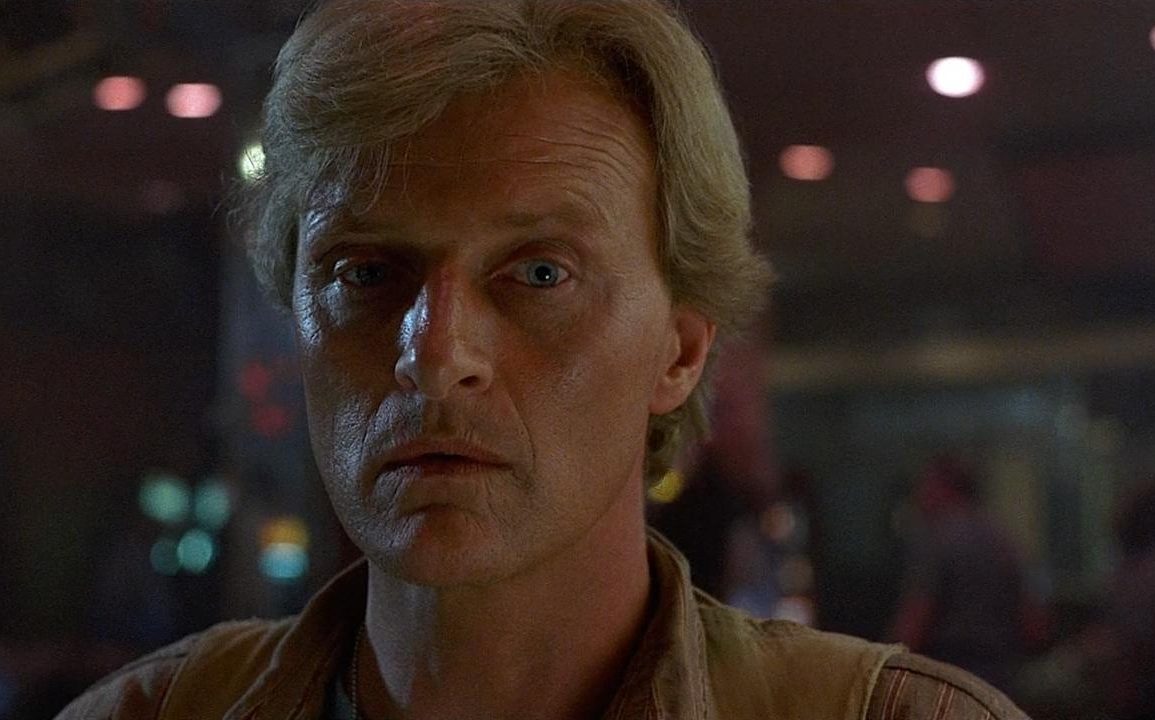 I just got back from lunch to discover the awful news that legend of action Rutger Hauer has passed away at the age of 75; he was supposed to coming to FanExpo in Toronto next month and I was excited to finally meet him but sadly it isn’t meant to be.

Hauer played many amazing characters in his career but I think the replicant Roy Batty in the classic Blade Runner is his most iconic as he had the fantastic speech at the end which now feels even more poignant.

“I’ve seen things you people wouldn’t believe. Attack ships on fire off the shoulder of Orion. I watched C-beams glitter in the dark near the Tannhäuser Gate. All those moments will be lost in time, like tears in rain. Time to die.”

Although known for playing many villains in movies like The Hitcher, Sin City, Surviving the Game and Batman Begins Hauer also was a more unconventional action hero with roles in Split Second, Blind Fury, Hobo with a Shotgun, Wanted: Dead or Alive and many many more.

I can say without a word of a lie that he was one of my favourite actors and he will be sadly missed in cinema.

R.I.P. Mr. Hauer and thanks for the memories.