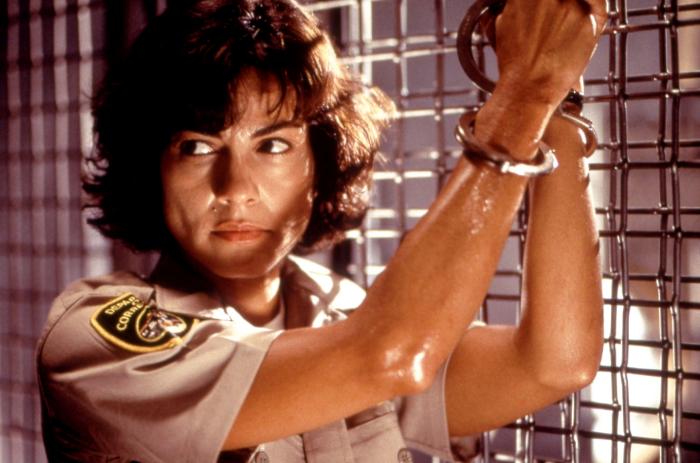 Rachel Ticotin may not be an A-list name but you’ve seen her in some of the best action movies of all time; I’ve always found she really sticks out in the movies she’s in as she is a master of playing tough women who are also likeable.

Who can forget her as Melina in the classic Arnold movie Total Recall? Her fight with Sharon Stone was hardcore, with them literally kicking the Hell out of each other. Rather than waiting to be rescued by our hero, she was kicking just as much ass, if not more!

She has always played strong female characters and never the annoying squealing sidekick that so many women were lumbered with during the 80’s.

She can play tough but it doesn’t feel forced; you believe every character she plays and she always brings authenticity to her roles.

Guard Sally Bishop in Con Air was one of my favourite characters as she was a genuinely good person who is trapped in a terrifying situation; convicts have taken over a plane… and she’s stuck on it. She has to work with parolee Cameron Poe to stay alive and outwit her captors.

Rachel also starred in the Denzel Washington movie Man on Fire which is widely regarded as a bit of a classic; she doesn’t have quite as interesting a role as in Total Recall or Con Air but as usual she just stood out.

One of my favourite roles was as Sandra in Falling Down; she partners up with Robert Duvall’s Prendergast on the trail a defence worker who has gone a little crazy. It’s one of my all-time favourite movies and Sandra is one of the most memorable characters from it.

Rachel has starred in many TV shows and movies but these are just some of my personal favourites and if I see her name in the credits I know she’ll be awesome in it.