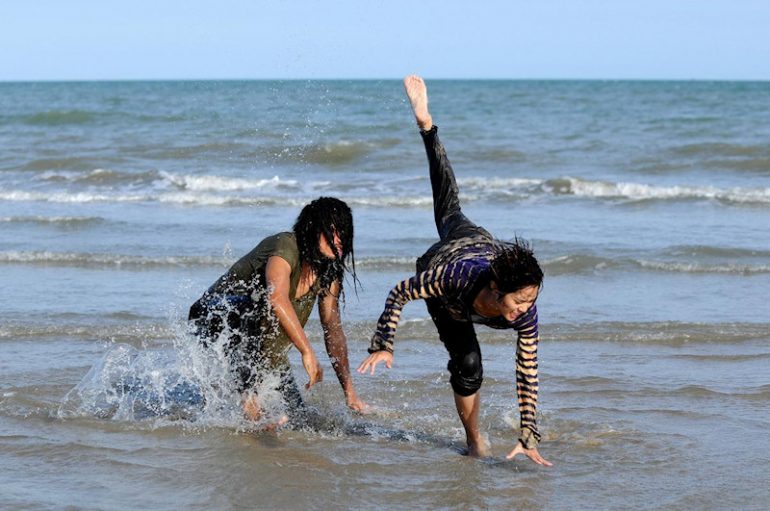 Raging Phoenix gives Jeeja Yanin some great moments to shine both with acting and fighting but the overlong runtime and depressing ending pretty much guarantees that I wouldn’t want to sit through it again.

Plot: A violent gang is abducting and killing women around Thailand. Sanim and his friends, having had loved ones abducted, have joined together to break the gang of kidnappers. In a botched kidnap attempt, Deu is saved by Sanim’s crew. After learning their unique martial arts style, Deu helps lure the gang into an epic battle to save the women across Thailand.

Review: We need more Jeeja Yanin in our action movies as she is one of the most impressive talents working today. Raging Phoenix isn’t a patch on the modern classic Chocolate but still has plenty to enjoy. Yanin gives one of her best performances as Deu; a girl who keeps making bad choices when it comes to men but when human traffickers try to kidnap her she is rescued by Sanim (Kazu Patrick Tang) and joins him and his friends in their quest to take down the evil Jaguar Gang.

There is a moment near their start where Deu is lying on the grass after being dumped by her boyfriend and thrown out of her band and she is sobbing, staring up at the clouds talking to her late father which was really quite moving and felt very believable.

Sanim and his friends Bull, Pig and Dog have all been affected by traffickers who have taken or killed their wives so they vow revenge. As we all know human traffickers are the lowest forms of life so watching them getting their asses kicked is always satisfying. Unsurprisingly the fight scenes are superlative and innovative too; when Deu is being rescued by Sanim they face off against a gang on pogo-stick style stilts with razor blades on them which I’ve never seen before and is fantastically bonkers.

Despite the dark subject matter there are some nice touches of humour throughout and it’s also beautifully shot. The stunning locations are a nice contrast with the gang’s lair which is like something out of a nightmare.

I did find though that a lot of the fight scenes went on for far too long and by the end of the movie I’d stopped caring about the outcome and just wanted it to be over; especially with the climactic battle which seemed to go on forever. At just under two hours there was a lot of weight that could have been cut just for pacing.

If you haven’t seen the movie then don’t read this next paragraph as I talk about spoilers towards the end.

I hated how they killed off Sanim; you spend the whole movie invested in him finding his beloved girl Pie and when they eventually rescue her he dies so they don’t get to be together. What kind of shit is that? Sure, they stop the bad guys but the movie pretty much leaves you with nothing and was frustratingly downbeat.

Overall, Raging Phoenix gives Jeeja Yanin some great moments to shine both with acting and fighting but the overlong runtime and depressing ending pretty much guarantees that I wouldn’t want to sit through it again.