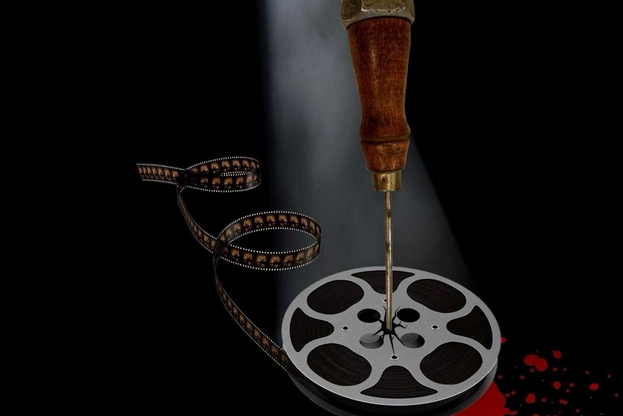 Random Acts of Violence is packed with action as well as an engaging story and memorable characters so if you are looking for something new to read it’s definitely worth picking up.

Plot: While in Toronto shooting his comeback action vehicle, former A-list actor Robert Franklin’s life is turned upside down by tragedy. Reeling from his loss, the line between fiction and reality blurs…and then breaks. Now Robert Franklin is a new man with a new purpose – to make everyone pay, just like his character does in his new movie. Homicide detectives Parker and Palmer are working a new case — a series of robberies and murders, punctuated with an explosive finale. The press label the killer “Mr. Kaboom” and the city waits in thrall for the next victim to be chosen…seemingly at random…

Review: If ever there was a book that would appeal to me it’s a story called Random Acts of Violence; written by our very own Stephen Ball I finished reading this epic tale a few weeks back so thought I would do a write up and let you know that this is a book worth checking out.

As you can see from the synopsis above this is very much within our wheelhouse and isn’t short on action with a truly explosive finale. Robert Franklin’s transformation from broken down actor to the psychotic killer known as Icepick is at times horrifying and engaging as he starts to commit murders that just might mirror his latest movie called Random Acts of Violence.

At no point will you actually empathize with Franklin/Icepick as he is a genuine monster and you’ll want to keep turning to the next page to see what happens next and how this story will come to its end. He takes over a smalltime group of thugs known as the Bloodhounds and becomes their leader but not without pissing off their current boss Ronnie. So a power struggle ensues but Icepick never seems too concerned and somehow always manages to be one step ahead of everyone.

Palmer and Parker are two likable cops who are good at their jobs and they want to nail Icepick before his crimes spiral out of control… but can they catch him in time? They are the true heroes of the novel but there also Robert’s lady Irene who can’t believe what has happened to him and refuses to believe he has become the killer known as Icepick.

There are some imaginative set-pieces and I would love to see this made into a film or TV series; it would certainly be rated R as this is adult fare with no shortage of violence but there is also an unpleasant rape scene which is the kind of thing I detest normally but it is important to the story and thankfully isn’t protracted too long.

The pacing moves along well and the story is exciting with characters that stick with you long after you put the book down.

Overall, Random Acts of Violence delivers exactly that with some great characters and no shortage of action; it’s a tale I’d love to see given the big screen treatment as it could be genuinely scorching entertainment.