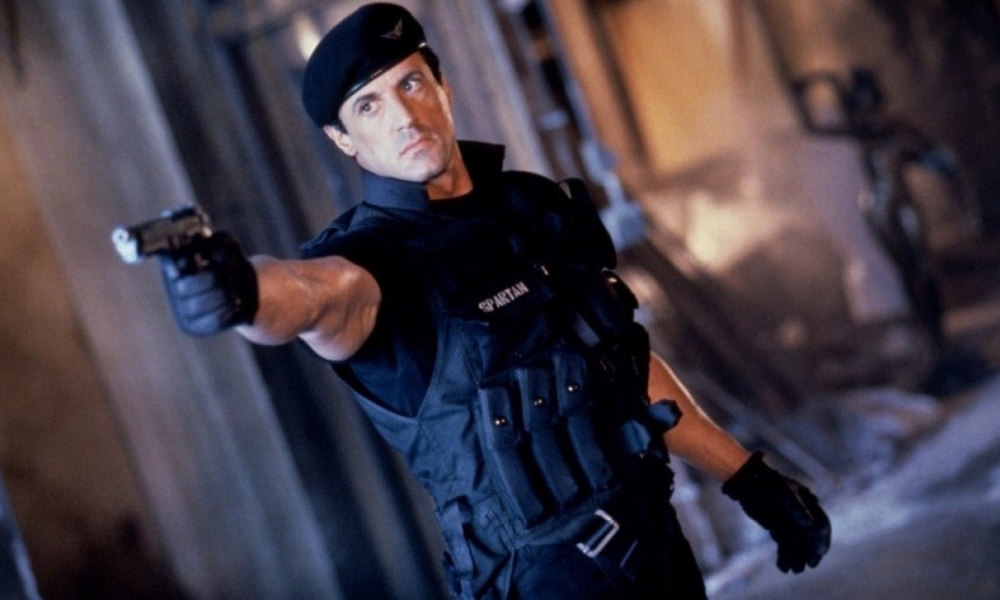 Following on from my review of Demolition Man recently I thought I would do a post about some random behind the scenes info, some of which I’m sure you’ll already know but some I found surprising.

SYNOPSIS: With innocent victims caught in the crossfire in Los Angeles’ intensifying war on crime, both cop John Spartan (Sylvester Stallone) and violent thug Simon Phoenix (Wesley Snipes) are sentenced to a state of frozen incarceration known as “CryoPrison.” When Spartan is finally thawed 36 years later, it’s 2032, and Los Angeles is now a pacifist utopia called San Angeles. But with Phoenix again on the loose, Spartan must team up with future cop Lenina (Sandra Bullock) to apprehend the killer.

Sometimes IMDB has more than trolls after all…