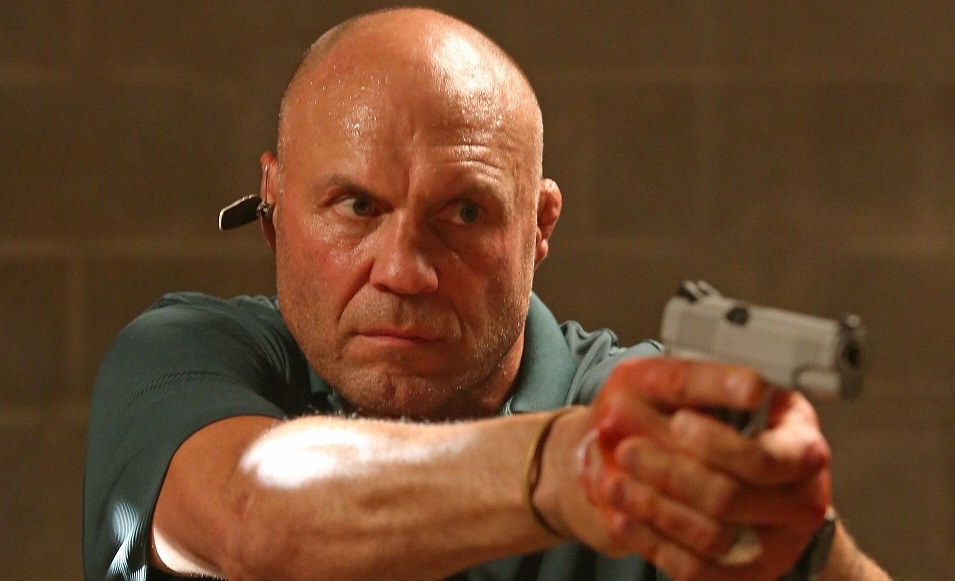 Randy Couture’s transition from UFC Fighter to action star felt like a natural career progression with roles in movies like The Expendables franchise, The Hard Way and many more. His latest movie is called Final Kill and tells the story of a mercenary who is hired to protect a couple in Costa Rica, but must get them out alive when ruthless gangsters descend upon their tranquil village.

Randy stopped by The Action Elite to talk about the movie as well as some upcoming projects including the fate of the Expendables 4.

How did you get involved with Final Kill and what appealed about it?

It was a chance for me to be onscreen with guys like Danny Trejo and Billy Zane which is always good. They’re great actors who have had long careers and those are the guys you want to try to work with. Even though I didn’t get any real scenes with them it was great to be in a picture with those guys. So I was happy to get that opportunity. The character himself is fairly small but he’s kind of a pivotal character at the same time. He’s kind of a mean guy to be honest; he’s cold and just gets the job done and I really liked that.

We don’t really find out Deacon’s fate; would you be interested to see him return in a sequel?

Yeah, we never really know if he survives so I would love to read and see what a sequel would look like and see what we’re gonna do with the story. I would certainly be interested in seeing that.

I think there are some interesting directions you could take it.

Oh yeah, for sure. 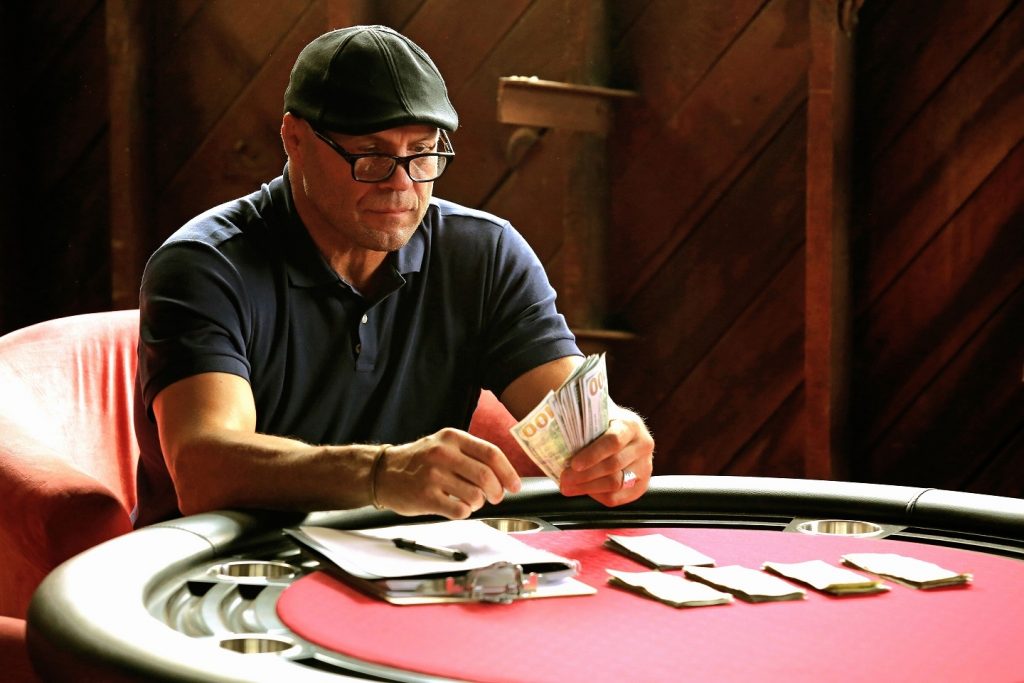 How did you find working with director Justin Lee?

Just was great; we still communicate on a semi-regular basis and I enjoyed working with him; I think he had a clear vision as did his director of photography. I felt very comfortable and I think the whole thing came out really well.

How was the atmosphere on set? Looked like a fun shoot judging from the outtakes.

I had a blast; I thought it was fun shooting in an interesting place. My scenes were in a dingy warehouse in Culver City (laughs) but yeah it was cool and a lot of fun.

Did you get to improvise at all or did you stick to the script?

For the most part we stuck to the script but you always end up tweaking something and trying to make it more colloquial so it’s how you would actually speak so it fits you a little better. There wasn’t anything major so no changes there; just a few tweaks to make it flow the way you want it to flow.

When you get a script what has to jump off the page for you to be interested?

You want to be involved in telling good stories; that’s what film-making is and unique stories are certainly more fun. So yeah, I think it has to have an interesting story or good message or maybe no message at all but just a fun film to make. I think one film that comes to mind was a film I did with Bruce Willis a few years ago called Setup. We shot in Grand Rapids with 50 Cent and my character where we are playing with guns and my character ends up shooting himself in the face and kills himself. When I read it I laughed out loud as it was such a ridiculous but funny thing. Even though it was a small role it was a lot of fun to play. 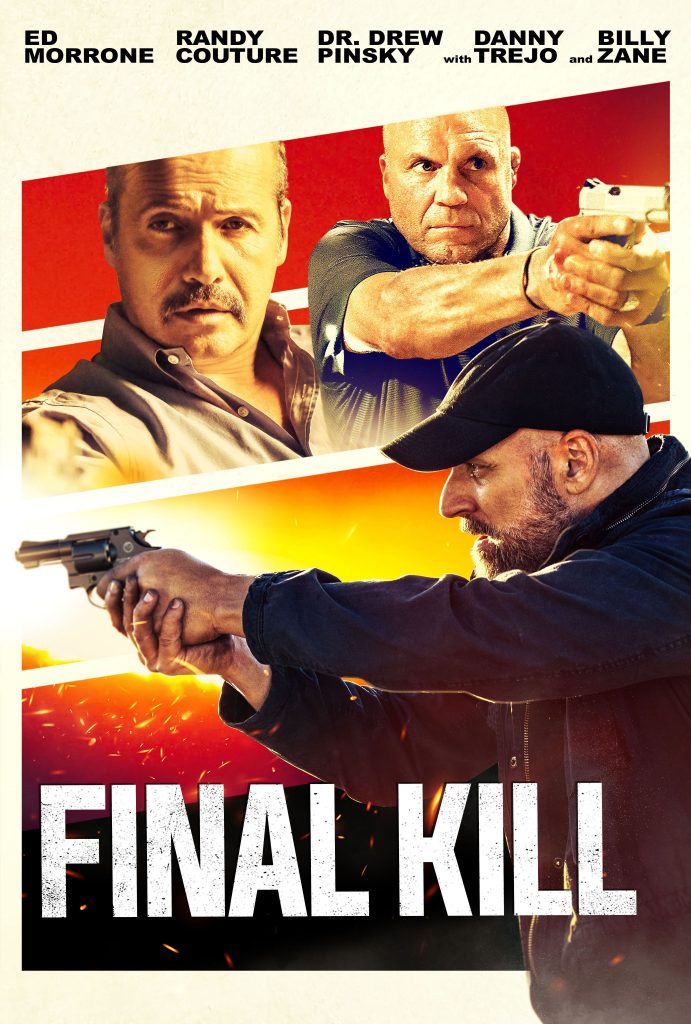 Final Kill has more comedy than I expected; does a lot of humour appeal in a script?

I’m interested in it for sure although if I was trying to be funny it probably wouldn’t be funny but if you put guys like me in the right circumstances or the right place it’s gonna be funny.

You’ve worked on both television and films; do you have a preference or do you enjoy both?

I enjoy both; TV in a lot of ways is like film on steroids as it’s much faster and you’re literally shooting much quicker. It’s a condensed version of the same process and I think that makes it interesting. Getting to play a character that returns who finds himself in different circumstances and places like playing Jason Duclair on Hawaii Five-O was an absolute blast trying to find a way to portray this character and be what he was, that was a lot of fun.

What did you take away from working on Final Kill?

Well I got to meet Justin Lee and I got to be onscreen with Billy Zane and Danny Trejo who are two formidable and successful guys in this industry so I think those were all positives. Justin did a great job and like everything else in life it’s all about relationships. You get to know people, you work with people and you try to be easy to work with and I think you develop relationships that way. I think that was my take away from Final Kill.

Following on from that what do you want audiences to take away from it?

You have several upcoming projects like The Outlaw Johnny Black; can you give us some more details?

Yeah, Outlaw Johnny Black was a blast; we shot that one last Fall here in the LA area. Michael Jai White wrote, directed and starred in that film and it’s a sequel to a movie he did 10 years ago called Black Dynamite. It’s the first Western that I’ve been involved in and it was a comedy on top of that. The Western genre has always been my favourite genre of film and this was my first opportunity to play in one so it was exciting to do that. Michael Jai White is a great guy, very smart and a very, very good martial artist and a fun guy to work with. I look forward to working with him again; we’re actually on pre-production now on a film called Dark Angel and hopefully Michael Jai is going to be playing a lead character in that with me and I think we’ll have a lot of fun on that one as well.

Are you able to spill the beans on story details?

I can tell you that this is a supernatural thriller where all the female characters from every major religion in humankind come together. They’re kind of fast tracking bad people to Hell so it’s gonna be fun.

What a cool idea!

Yeah! My girlfriend Mindy wrote the script and I fell in love with it; everybody I send it to really likes it too. It’s got a ton of action but also brings in the play of human morality and what that is and I think that’s a question we can all ask ourselves these days…

Do you have any plans to write or direct in the future?

I got to direct a music video this last year for a country singer called Chris Turner who is an up and coming kid. He does a great job and was a former marine; he and I became good friends and he was trying to put together this music video which has this veteran message which appealed to me as well. We lose way too many guys to suicide these days so anything we could do to turn that tide I wanna be on board with so I was happy to direct and play a role in this music video so it’s certainly something I’m interested in moving forward.

So Expendables 4… is that still a thing?

It is a thing! I got a script last year and really enjoyed reading it. It was very well done but where we are on the production scale and getting it moving I’m not sure. There are a lot of things going on behind the scenes with the producer to make a film that big so I’m hoping this Spring we get the greenlight but I’m not hearing anything definitive right now.

(laughs) He would be a great fit; he’s certainly a very explosive and talented martial artist.

Thanks for taking the time to chat with us today and all the best with your upcoming ventures.