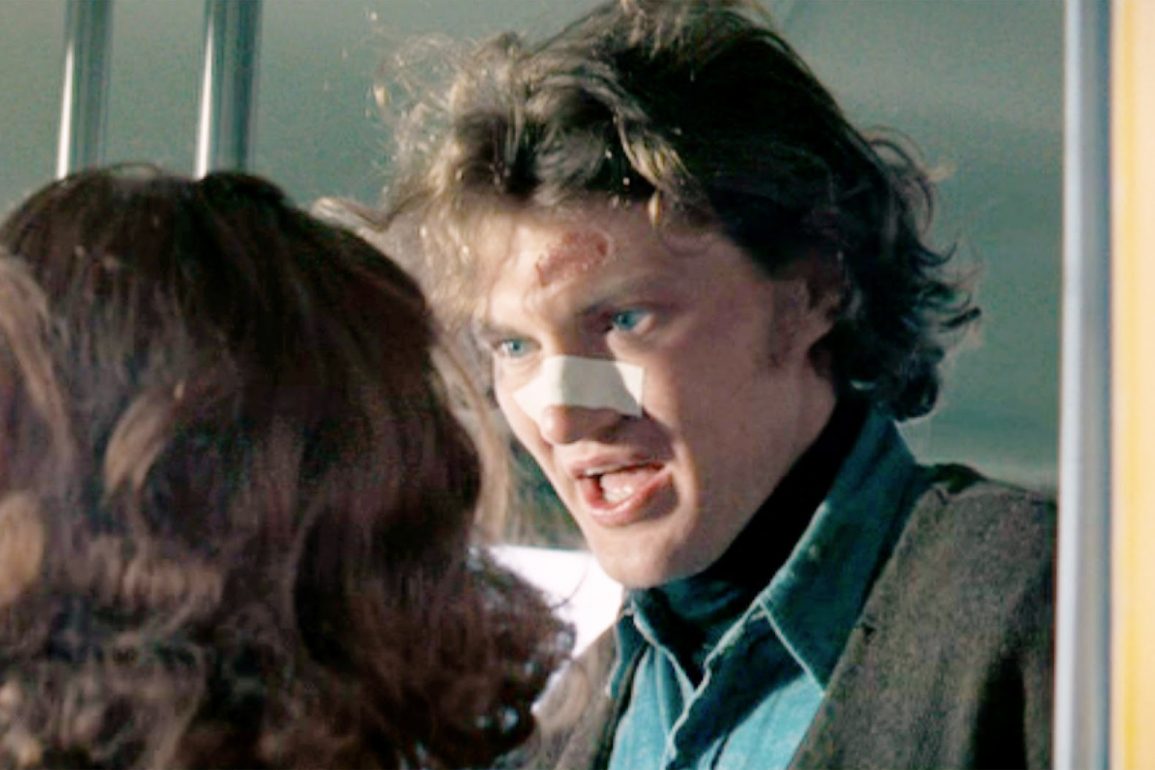 Ranking the Villains of the Dirty Harry Movies

To this day the Dirty Harry franchise remains one of the most iconic and entertaining of the genre; Clint Eastwood is at his one-liner spewing best as the cop who hates authority and plays by his own rules but he gets the job done. As great as Eastwood is as Callahan I thought today we would look into the various antagonists he has faced off against and rank them. 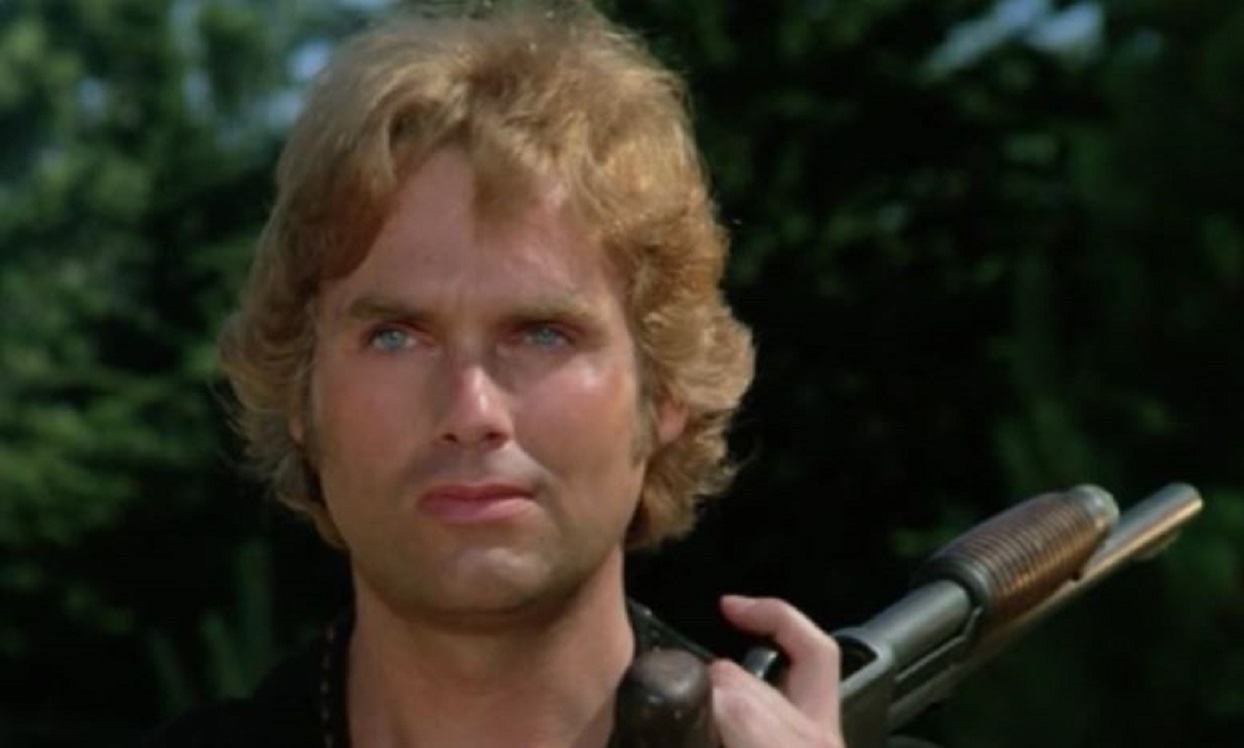 The Enforcer has some of the best dialogue of the franchise and Robert “Bobby” Maxwell is still a nasty piece of work; he’s a ruthless terrorist who is the leader of the People’s Revolutionary Strike Force (PRSF); he doesn’t really care about the people and is just in it for the money but he also just enjoys killing.

The opening scene has Bobby kill two men in cold blood so we are never in any doubt that this is the bad guy. I think it would work better if he had a bigger role so we never quite hate him the way we do Scorpio or Mick. He is still a scumbag though and his death is spectacular as Harry blows him up with a rocket launcher. 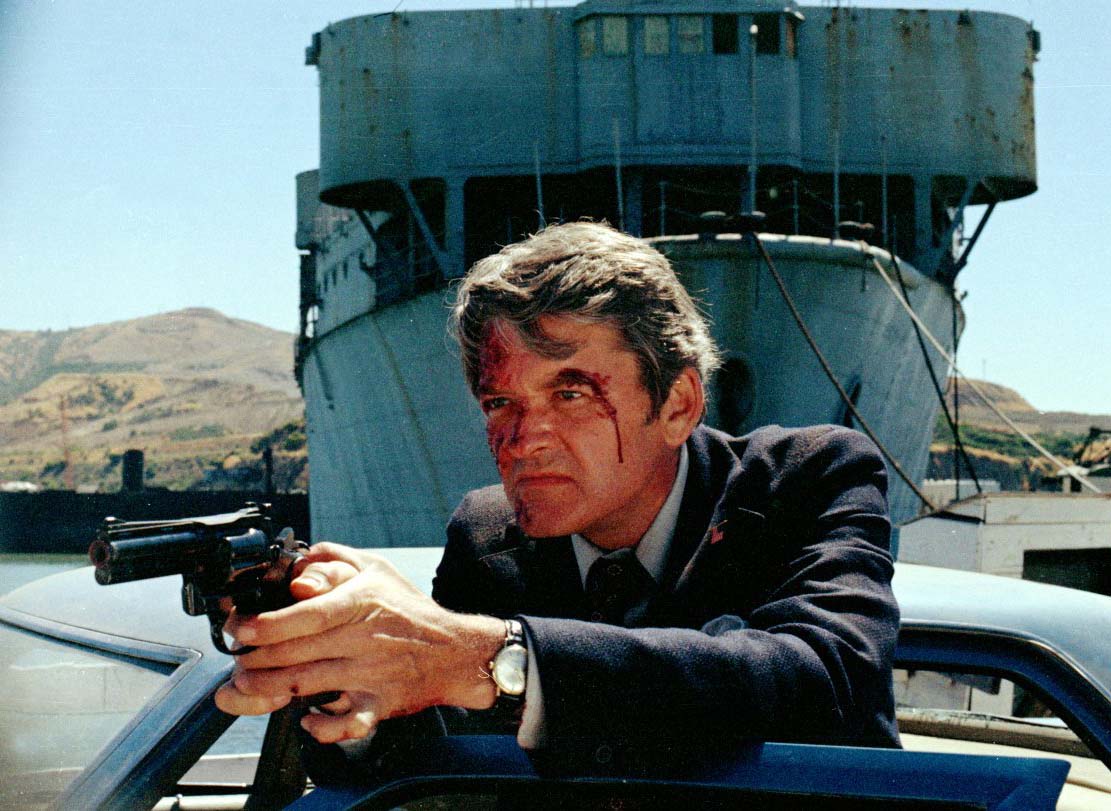 Magnum Force has multiple villains including a group of rookie cops called John Davis, Philip Sweet, Michael Grimes, and Alan Astrachan who take “justice” into their own hands but the primary antagonist (spoiler alert) is Lieutenant Briggs (played by Hal Holbrook); for the majority of the movie he just comes across as a bureaucratic asshole who hates Harry’s tactics but as the story progresses we discover that he is the mastermind behind all the vigilante killings in the city.

He has lost faith in the system and thinks this is the only way to bring true justice to the city. Holbrook is perfectly cast as the insufferable Briggs who is unlikeable from the start constantly reprimanding Harry and generally being unhelpful.

“A hundred years ago in this city, people did the same thing. History justified the vigilantes, we’re no different. Anyone who threatens the security of the people will be executed. Evil for evil, Harry. Retribution.”

What’s interesting about the story to this one is that the bad guys want Harry to join them as they feel like he is just like them with his somewhat hard hitting tactics but as much as Harry hates the system he still believes in the law and refuses to do things their way. Admittedly no one in the movie really lives up to Scorpio as he was just terrifyingly unhinged but I like how it goes in a different direction with Harry having to take down his own people.

After a fantastic showdown around a shipyard where Harry faces off against the rest of the Rookies he disposes of Briggs by leaving an explosive in his car. A man’s got to know his limitations… 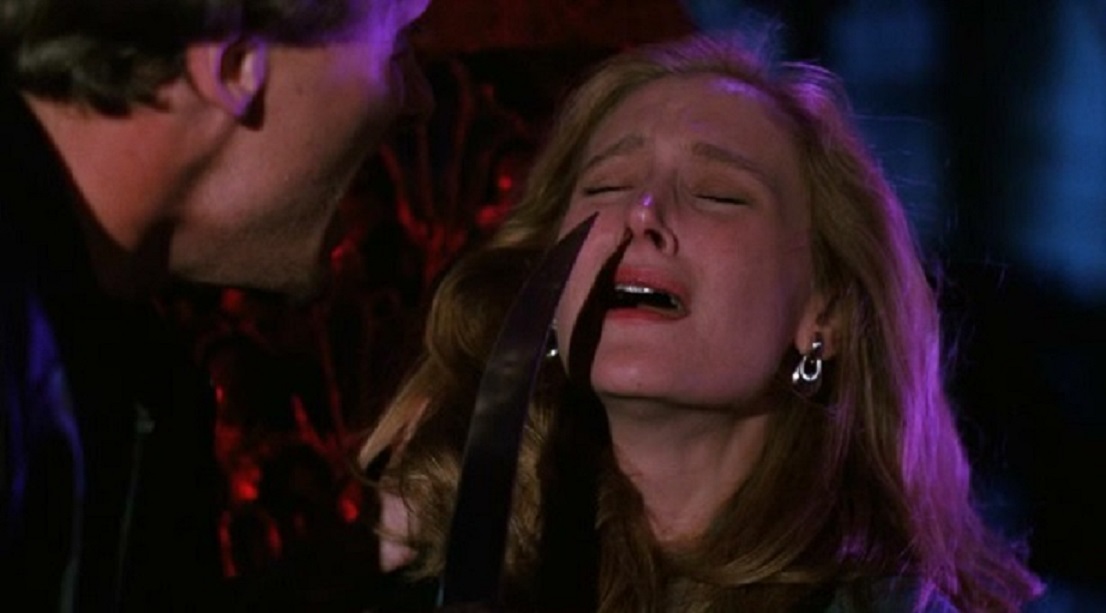 The Dead Pool was the last Dirty Harry film and I consider it rather underrated with early roles from Liam Neeson and Jim Carrey; the villain Harlan Rook (David Hunt) is nearly up there with Scorpio in terms of how utterly batshit crazy he is. He’s a psychopath who takes on multiple personalities and is a vicious serial killer.

You’re out of bullets. And you know what that means… you’re shit outta luck.

For the first half of the film we are led to believe that Liam Neeson’s character (filmmaker Peter Swan) is the killer but it ends up that Rook is trying to set him up; when Harry exonerates Swan, Rook takes that personally and goes after him. It climaxes at the docks (like all great action movies) and Rook is disposed of by a massive harpoon gun impaling him on a door. Swell.

2. Mick and his Gang 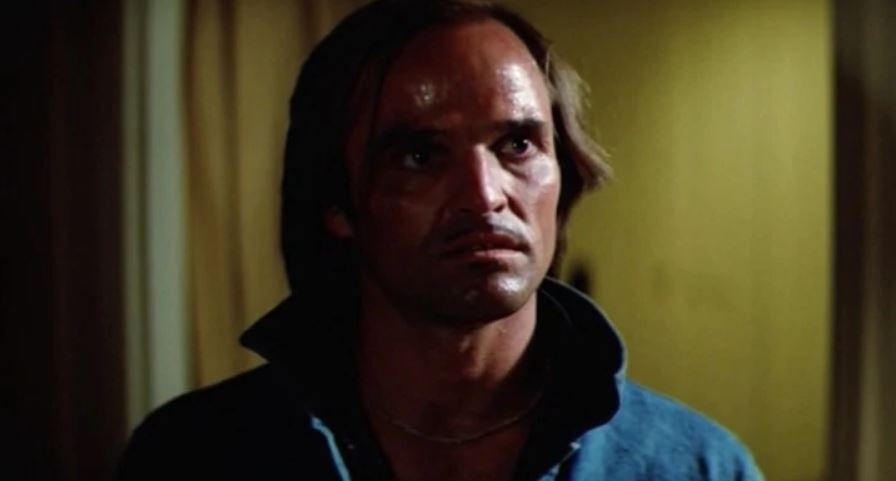 Sudden Impact is the toughest Dirty Harry movie to sit through due to the subject matter of rape/revenge and the villains are utterly despicable. Our primary antagonist Mick (Paul Drake) is a monster and nearly rivals Scorpio in terms of pure evil. He has no redeeming features at all but his gang are equally as awful especially the female Ray Parkins (Audrie Neenan) who is pure trash. Several years ago they gang raped a girl named Jennifer Spencer (Sondra Locke) and her sister but now she wants revenge killing each of his men one by one and then going after him.

Mick has maybe the best death of the entire franchise due to how over the top it is – he is holding Jennifer hostage on top of a rollercoaster but he gets shot by Harry then falls through some electrical cables and is impaled on a unicorn’s horn on a carousel. Marvelous. 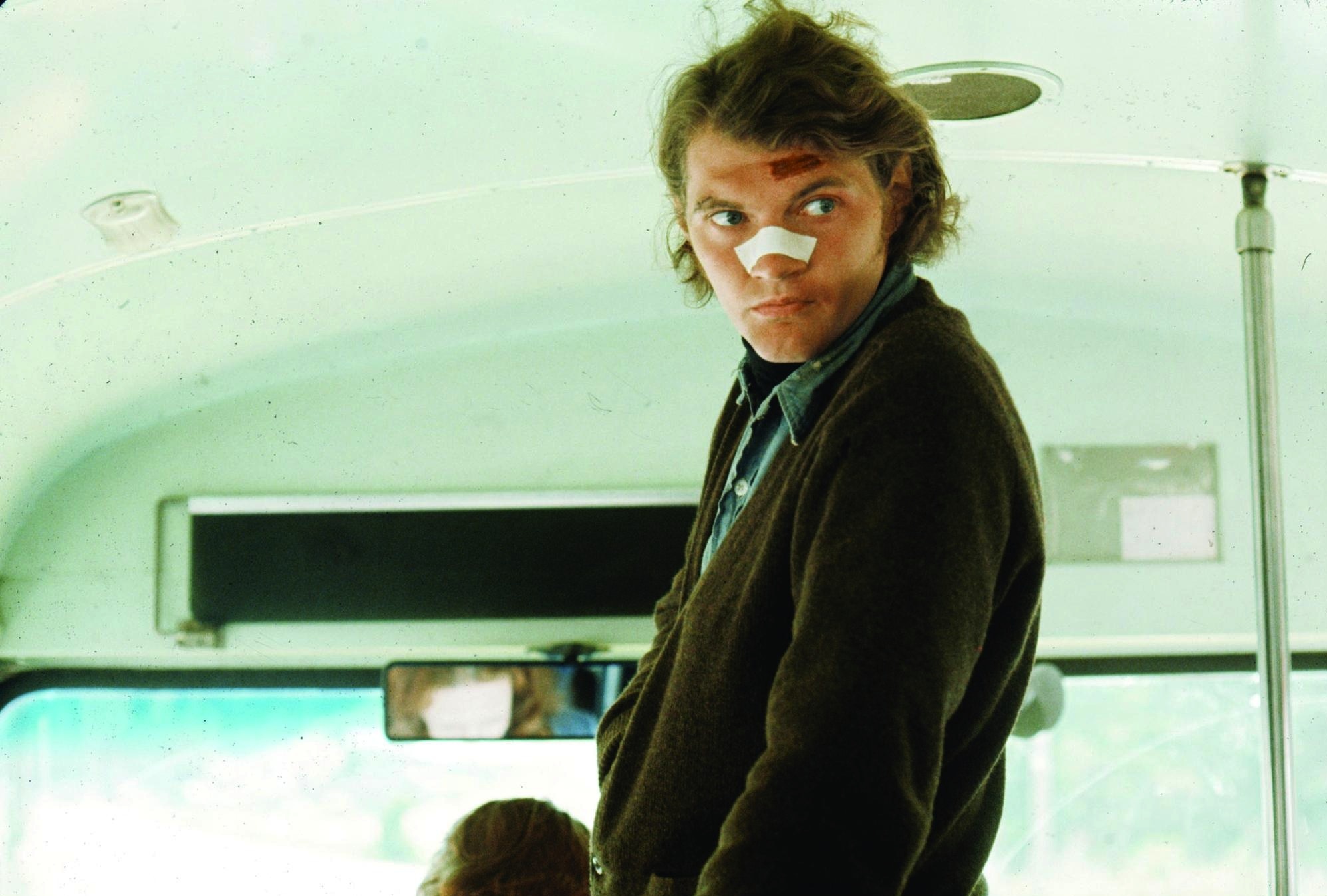 This was always going to be number one. In the original Dirty Harry the primary antagonist is Charles “Scorpio” Davis played by Andrew Robinson; to this day I think he is one of the more underappreciated villains of the genre as he is genuinely unhinged where no one is safe around him (even a school bus full of kids).

In the original script Scorpio was an escaped mental patient but that was changed for the film to a groundskeeper at a football stadium where he moved on to killing people while extorting the city of San Francisco.

Movies from the 70’s had that gritty edge to them where they almost felt like documentaries due to the grainy film look and it only adds to the realism. There isn’t anything about Scorpio that’s unbelievable and it’s his sheer lack of remorse or empathy which is what makes him still stand out as the best villain of the Dirty Harry franchise.

Scorpio makes you feel uncomfortable every second he is on the screen and it’s Robinson’s performance which is what makes it so memorable. What’s funny is that the actor hated guns in real life and would apparently flinch any time he had to use a gun in the film but you’d never notice.

He has officially ruined “Row, Row, Row your boat” for me and any time I hear it I just think of him on the bus with those kids. The fact he paid someone to beat him up just to try and set up Harry shows far he is willing to go and that there are no limits to his madness; he’s almost Joker-esque in his lack of empathy which is why he’s one of the all-time great movie villains.