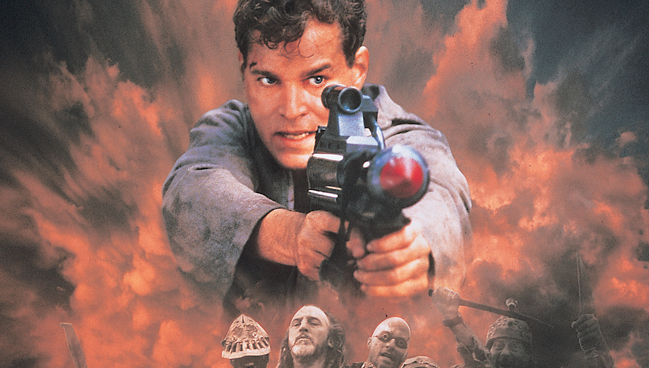 I literally only discovered that No Escape is also known as Escape From Absolom and it is also finally getting the Blu-ray treatment courtesy of Umbrella Entertainment.

SYNOPSIS: In the year 2022, society has created the ultimate prison – ABSOLOM, a remote jungle island where you’re abandoned and left to the mercy of the other inmates. Sentenced to life for murdering his commanding officer, Marine Captain John Robbins (Ray Liotta) has been banished to the island prison. There he finds himself in the middle of a bloody battle between the Outsiders, led by the brutal Marek (Stuart Wilson, Hot Fuzz) and the Insiders, led by the benevolent Father (Lance Henriksen). Robbins wants nothing of their fight and only one thing – to escape!

ESCAPE FROM ABSOLOM (AKA No Escape) hits Blu-ray for the first time worldwide July 4. Stay tuned for further announcements regarding final artwork and special features!