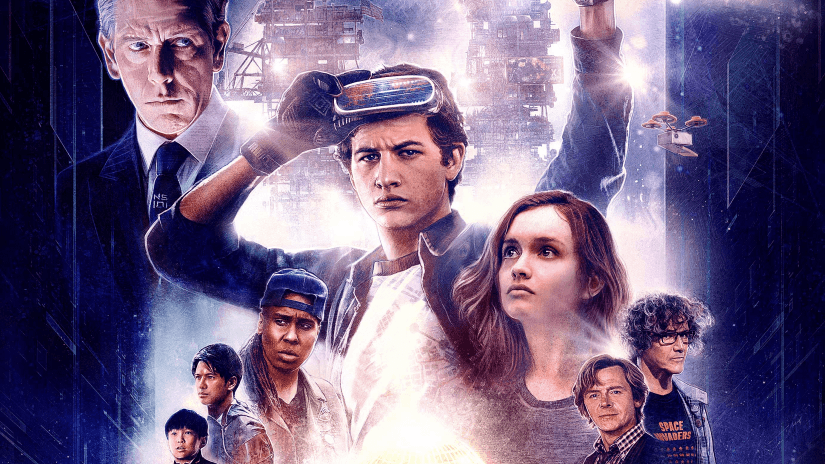 Ready Player One is Spielberg back at his best; it has genuine heart, stunning visuals and most importantly awesome action.

Plot: In the year 2045, the real world is a harsh place. The only time Wade Watts (Tye Sheridan) truly feels alive is when he escapes to the OASIS, an immersive virtual universe where most of humanity spends their days. In the OASIS, you can go anywhere, do anything, be anyone-the only limits are your own imagination. The OASIS was created by the brilliant and eccentric James Halliday (Mark Rylance), who left his immense fortune and total control of the Oasis to the winner of a three-part contest he designed to find a worthy heir. When Wade conquers the first challenge of the reality-bending treasure hunt, he and his friends-aka the High Five-are hurled into a fantastical universe of discovery and danger to save the OASIS.

Review: I haven’t genuinely loved a Steven Spielberg film for many years; in fact, I’d go as far as to say the first Jurassic Park was the last truly fun movie he did. So many of his other movies have been about war and lacked the magic of his earlier works. Thankfully, Ready Player One is classic Spielberg and a welcome return to form.

I never read the book so I could just enjoy the movie for what it was; a nostalgia trip essentially for my generation who grew up in the 80’s. There are so many references to classic movies that I couldn’t mention all of them but in terms of action we get nods to RoboCop, Mad Max, Excalibur and Terminator 2 to name but a few. It’s essentially a tribute to great directors like Kubrick, Spielberg (obviously) and Zemeckis and their most famous works. The “Zemeckis Cube” is one of the film’s many highlights but there are so many amazing moments that remind us what a genius filmmaker Spielberg is.

There are various themes at work here like our over-reliance on technology (our phones), friendship, variations on reality, competition and perseverance.

It doesn’t take long before you know you are watching a Spielberg film as we have the usual broken home, a likable outsider as our protagonist and a genuine sense of wonder.

Tye Sheridan looks and feels like a young Richard Dreyfuss and his character Wade is immediately appealing and sympathetic.

Ben Mendelsohn is one of my favourite actors working today and as usual he is on villain duties… and yes, there is even a reference to Rogue One too. He is great at playing a bad guy who isn’t a complete monster and he is perfectly cast as Sorrento.

As you’d expect the performances from the entire cast are flawless but I especially enjoyed when our young heroes all unite about half way through as it feels like The Goonies or that type of classic 80’s flick.

This isn’t just an homage to an era of better movies however, Ready Player One has genuine heart and it is especially relevant today. So much of the tech I can see becoming a reality, especially all the drones delivering pizzas which we are practically doing now.

There are some amazing visuals as you’d expect and despite the action being entirely in CG form there is real energy to it with a few fights, chases and an amazing climactic battle which was truly epic.

I was surprised when I found out John Williams wasn’t scoring as he is usually Spielberg’s partner in crime but this time Alan Silvestri was on scoring duties and it’s one of his best in years; we get hints of his Back to the Future theme and it hearkens back to the classic days of memorable music scores. I will be buying it ASAP.

In term of flaws at 2 hours 20 minutes it is far too long and after the spectacular final war sequence I was ready for it to be over but it went on for another 30 minutes. It could have done with some judicious editing just to keep things tighter.

The story was also rather predictable and you knew exactly how it would all go with few surprises at the end. Some may find all the references get tedious after a while but I really loved that aspect and it gives me an excuse to watch it again and again.

Overall, Ready Player One is a love letter to the 80’s with likable characters, spectacular action scenes, a genuine sense of fun and some entertaining references to classic action movies. Welcome back, Mr. Spielberg, we missed you…