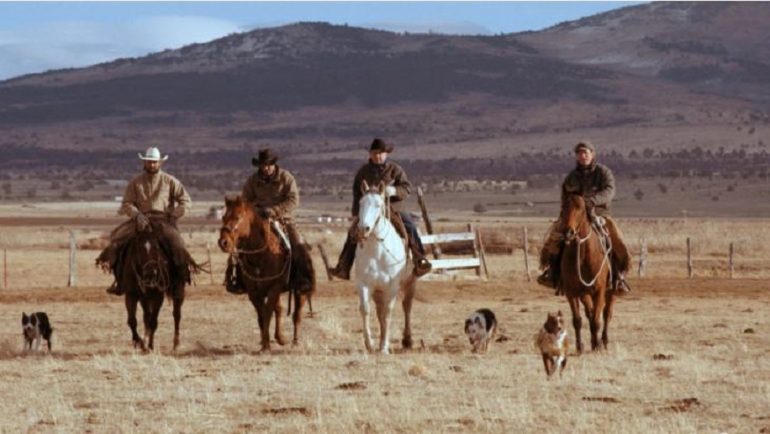 Real Men is an insightful and well researched documentary on masculinity and how it is portrayed in Hollywood; the interviews with Scott Adkins, Michael Dudikoff, Luke Goss and the other action stars are the highlights but it’s not something I would watch more than once.

Plot: This documentary traces the development of the Tough Guy from the beginnings of Bogart to the role models of today while offering a new critical assessment of macho cinema. The film is a stunning reexamination of how manhood works for the big screen and its influence on men around the world.

Review: I recently got sent this documentary called Real Men which explores masculinity in movies (especially action movies) and how it has been portrayed on screen over the years. We get interviews with the likes of Fred Williamson, Scott Adkins, Luke Goss, Michael Dudikoff, Thomas Jane and George Lazenby to name just a few and they all talk about the types of characters they have played in their careers thus far.

Fred Williamson brings his usual effortless cool and cheeky sense of humour as he talks about the roles he has played while Scott Adkins and Luke Goss also mention the dangers of being overly politically correct. Scott is one of the last true action stars who keeps the spirit of old-school action alive when there are few others working today who do.

The documentary looks at the influence of Sylvester Stallone and Arnold Schwarzenegger and especially how Rocky has been such a huge inspiration to people worldwide. We get clips to First Blood: Part II, American Ninja and some other classic movies which is guaranteed to appeal to genre fans.

We also get to hear about Jean-Claude Van Damme and how he hung out in the lobby of Cannon until someone offered him a movie… and they eventually did.

I think my favourite interview has to be with the military adviser Dale Adam Dye Jr. who talks about how in modern movies there are very few masculine icons to look up to now saying there are either superhero movies or “Millennial Weenies” but very little in between.

It’s not just about action movie stars though; real cops and cowboys are interviewed about their jobs and how they are often portrayed as real men in movies but they say how they are never especially realistic depictions.

We also get interviews with women and how they saw Stallone in Rocky but also their roles in action movies and how they have evolved to become action stars in their own right.

It’s well edited and always fascinating hearing from an international audience of fans about who their favourite action stars were and how they influenced them. It’s just under 80 minutes too so it’s a brisk watch that never drags.

Overall, Real Men is an insightful look at masculinity in movies and how it has changed over the years; the interviews with Scott, Luke and Fred are hugely entertaining but one of the highlights is Michael Dudikoff saying we shouldn’t try to recapture the classic 80’s action movies as it just wouldn’t work today which is kind of depressing but true.