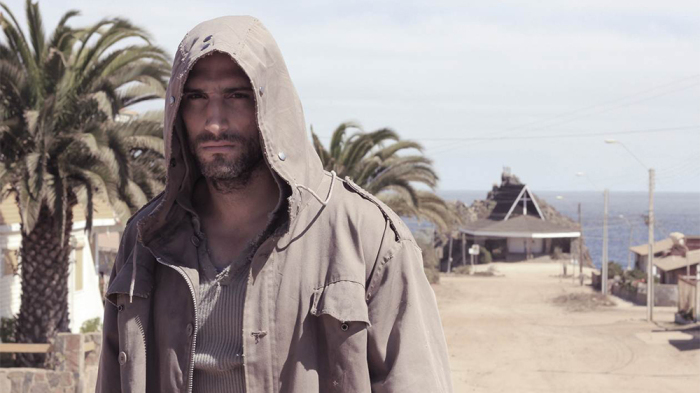 I found Redeemer profoundly satisfying with some fantastic fight scenes that make this essential for genre fans.

Plot: A former hit-man for a drug cartel becomes a vigilante to pay for his sins and find redemption.

Review: If I were to review this movie like a normal critic I could no doubt find plenty of flaws; there isn’t much in the way of story and some of the acting is a little ropey too, however I’m not a normal critic and in my movies I look for fights galore and hard R violence.

Redeemer I’m pleased to say delivers in spades and has some of the most bone crunching and thrilling fight scenes of the year. The violence is fabulously imaginative with bad guys being disposed of in casually brutal fashion and we have ourselves a new action star in Marko Zaror.

He is a towering powerhouse in this movie and although he doesn’t say much, he really doesn’t need to; his fists and feet do most of the talking.

Noah Segan is pretty entertaining as the villain Bradock even if his exit from the film was a little disappointing. There is also just a bit too much humour from him which takes away any intimidation factor but I guess that’s because there is another player known simply as Scorpion.

There are a few moments where Redeemer is quite disturbing, mostly involving the women but the camera thankfully moves away before anything too awful happens.

The rest of the violence is just great though; Zaror pounds through the villains like they are made of paper and we also get we get hooks and boat rotors in faces… it’s like Christmas come early!

Redeemer also looks fantastic with an almost dream like quality in the scenes next to the ocean; it creates a serene atmosphere where we get the calm before the storm.

At just under 90 minutes long it’s well paced too but we quickly sympathize with our main characters and even have (a little) characterisation.

Overall, I found Redeemer profoundly satisfying with some fantastic fight scenes that make this essential for genre fans.