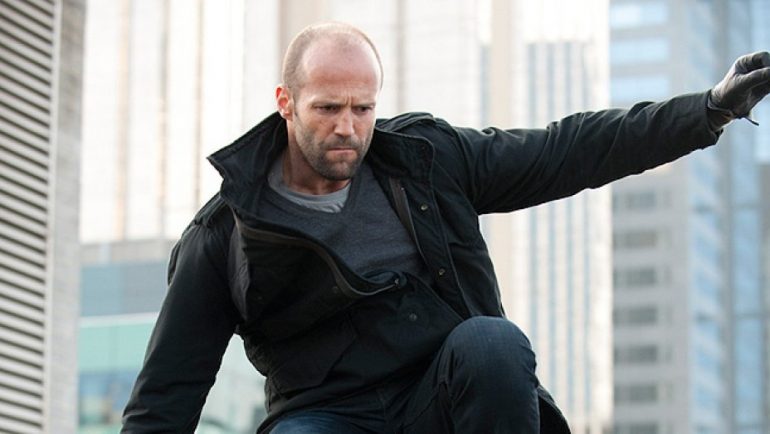 I think the one thing everyone remembers about Killer Elite was the epic 80’s style trailer featuring The Scorpion’s Hurricane 2000 to amazing effect. It promised Jason Statham as a badass action hero facing off against an evil Clive Owen… except that’s not what the movie was about at all and it remains one of the greatest pieces of false advertising I’ve ever seen (see below).

I remember enjoying Killer Elite when I first saw it but I was a little bummed that it wasn’t the movie I had been expecting. I just watched it for the first time in a few years the other day and it really deserves a reappraisal as it’s one of Statham’s better pictures.

Killer Elite is anything but formulaic having you guessing which way the story will go and it turns conventional action movie tropes on their heads. In this movie there are no real heroes and villains but only shades of grey where men follow orders and have to pay for the consequences later.

The plot is quite complicated and it takes several viewings to pick up everything that’s going on but it’s about Danny Bryce (Jason Statham), one of the world’s deadliest special-ops agents, who returns from self-imposed exile after his mentor, Hunter (Robert De Niro) is captured. Danny reassembles his former team of skilled commandos to launch a rescue mission, and also to infiltrate the highly feared military unit, the British Special Air Service. The mission will not be easy, for Danny and his team must cut their way through Spike (Clive Owen) and a team of assassins known as the Feather Men.

Based on the Ranulph Fiennes book The Feather Men, Killer Elite is action-packed but its biggest flaw has always been the lack of anyone to really invest in. You like Danny because it’s The Stath and Robert De Niro provides a few one-liners but they are far from heroic so when Clive Owen’s Spike appears you expect him to be a villain but he really isn’t and is essentially the good guy so are we meant to like everyone? *brain explodes*

It certainly has more depth and sophistication than the majority of Statham-led actioners where you question the morals of our protagonists and the characters are far from one-dimensional. The only person who feels out of place is the addition of Danny’s love interest Anne played (by Yvonne Strahovski). I couldn’t help thinking that the only reason she is in this is so she can be used as leverage late in the story which is exactly what happens; she has zero development and apart from being gorgeous and appealing we know nothing about her.

There is a first rate supporting cast including Dominic Purcell complete with epic mustache and he’s a total ladies’ man but still ruthless at the same time. We also have an early role for one Ben Mendelsohn sporting what appears to be some kind of awful Scottish accent. Thankfully, he doesn’t say much so it’s not a massive issue.

Clive Owen’s Spike is essentially a good guy but he’s not all that sympathetic a character even if you do understand his motivation.

The action is hard R, slick and practical with no computer effects that I noticed; there are real explosions and the hospital fight between Statham and Owen is the film’s action highlight climaxing with the most painful dickpunch in history. It’s a little shakily done but for once it added a sense of chaos to the battle and didn’t bother me.

By the time the film ends it does admittedly leave you feeling a little cold as you have to wonder if Danny really deserves to live happily ever after. It is allegedly based on a true story so perhaps that is how it ended in real life; as we all know nobody lives happily ever after in the real world so I’m sure it all got even murkier.

Overall, Killer Elite is an unconventional action thriller with characters we aren’t normally used to and a story that is thoroughly unpredictable; it’s also well shot with an entertaining script and occasional impactful violence making it a Statham movie worth re-watching.