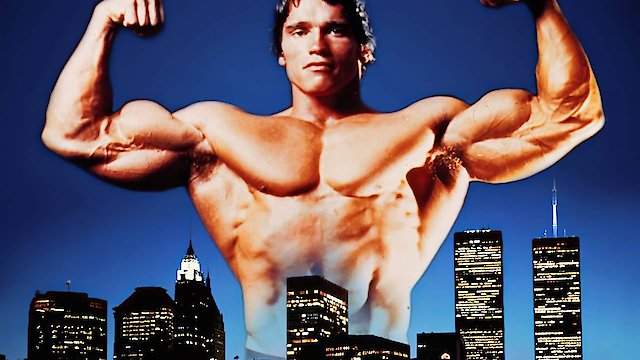 Plot: Hercules is sent from Mount Olympus to modern-day Manhattan, where he takes up professional wrestling before getting mixed up with a gang of mobsters.

Before he was Conan, before he was The Terminator Arnold Schwarzenegger (or Arnold Strong as he is listed in the credits) was Hercules. It isn’t really an action movie but Arnie does fight a bear in it (or at least a guy in an unconvincing bear costume) and he does beat up a few mobsters along the way so I thought I’d cover it anyway.

Believe it or not I had deliberately never seen this movie as I thought it looked horrible; it is but least on Amazon Prime you can watch it without Arnie being dubbed which makes the movie more entertaining due to his horrendous acting. Admittedly he could barely speak English at this point but he came a long way in terms of performances; to this day he was still faultless in 1984’s The Terminator. His delivery of every line in this movie is so wooden it is almost embarrassing to watch and yet like any good trainwreck you can’t take your eyes off it.

It is a strangely enjoyable movie just of the sheer harmless fun and his interactions with the people of New York… although Lou Ferrigno still wins in the bear punching department.

Arnold Stang is quite endearing as Pretzie, who becomes Hercules’ friend as they explore New York; he’s sort of a pathetic character with no friends but Hercules makes him feel like somebody.

It never takes itself seriously and is meant to be enjoyed as the lighthearted tale that it is… however, I still think Juno should have been punished more for what she did to Hercules.

Overall, I’m not going to waste any more of my or your time writing about this movie; it’s generally awful but strangely enjoyable mostly just to see Arnold in his first big role and any movie which involves someone punching a bear should be viewed as the high art that it is.