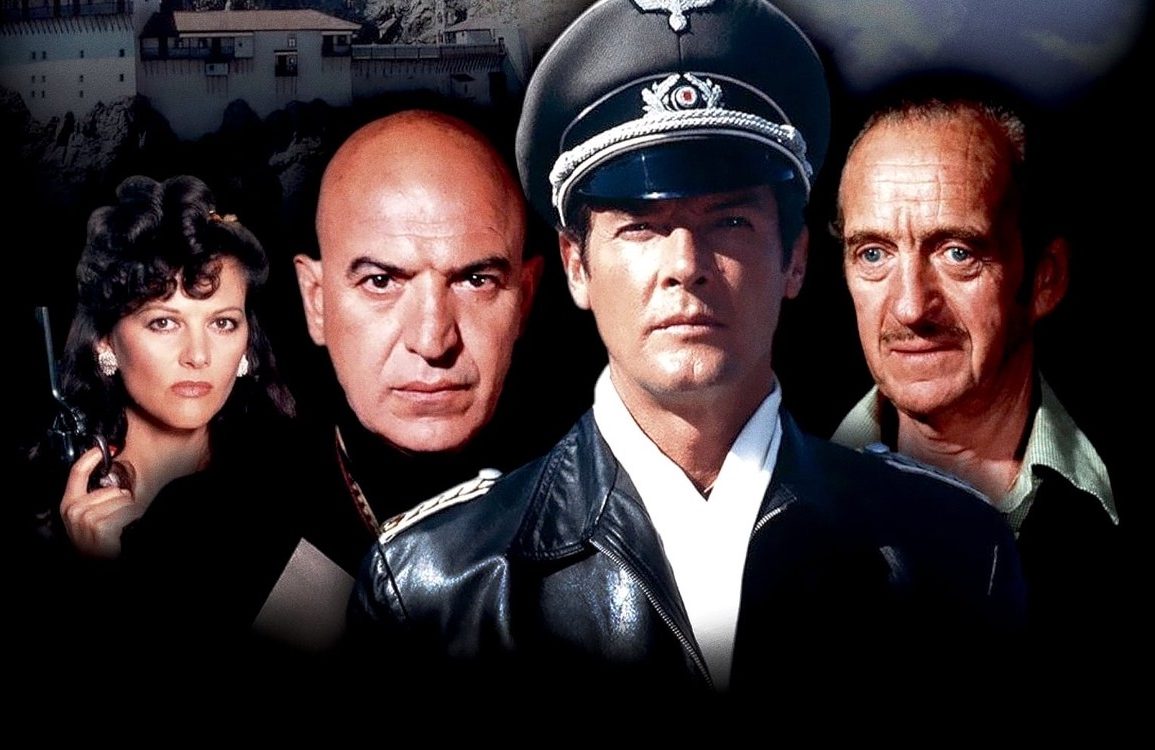 With the lack of anything new hitting theatres any time soon I’ve been enjoying going back and watching older films that some may not know about or haven’t seen for a while. Last night I watched Escape to Athena which has an incredible cast that includes Roger Moore, Telly Savalas, David Niven, Claudia Cardinale, Richard Roundtree, Sonny Bono and Elliott Gould. It’s also directed by George P. Cosmatos who helmed Tombstone, Cobra and Rambo: First Blood Part II so you know the action will be awesome. It never quite lives up the promise of the stellar cast but it’s still a fun adventure.

This is a very different kind of role for Roger Moore who plays an art loving Nazi but he manages to make him sympathetic and still has that undeniable charm. Telly Savalas is well cast as the no nonsense Greek resistance fighter Zeno who is tough as nails which makes him feel authentic; it’s the type of role he excelled at and it’s hard to picture anyone else playing him.

I thought the pacing was a little uneven at times and it got a little convoluted but Escape to Athena is still filled with humour, adventure and memorable characters with some spectacular action scenes.

There are some incredible explosions in this movie but there are a few fistfights too as well as a hair-raising motorbike chase through the cobbled streets; the stunts still hold up and the final half hour is genuinely thrilling.

Despite the subject matter of the war & Nazis there is a rather light tone to the movie and the PG rating means it’s never particular shocking, but it also has a surprisingly uplifting ending.

Elliot Gould’s money hungry Charlie Dane is only interested in stealing the treasure from the monastery and after a while he starts to grate, and I was hoping his greed would have been his comeuppance, but he ends up not learning anything at all.

Richard Roundtree felt a little underused and I wish he had more to do as he was always a great presence on screen as well as just being unspeakably cool.

Overall, Escape to Athena is a fun men on a mission movie with a phenomenal cast but the uneven pacing makes it feel longer than it is. There are some jaw dropping action sequences however, so it’s definitely worth checking out.