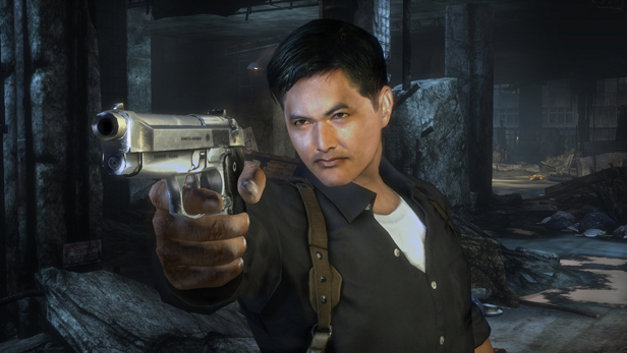 Plot: Chow Yun-Fat reprises his signature role as Inspector Tequila, pitting gamers as a take no-prisoners cop waging a personal war with Hong Kong crime lords. Tequila’s loyalties to the force are tested when his ex-wife is kidnapped by the Russian mob in Chicago. Tequila struggles to balance his duty to uphold the law with doing what it takes to save his family.

I haven’t been much of a gamer in recent years; I still have my X-Box 360 but never bothered with the more recent consoles. I did however, pick up a copy of John Woo’s Stranglehold a while back which is a spiritual follow-up to his classic Hard Boiled. I played it again over the weekend and forgot how much fun it is.

It’s a third person shooter where you actually feel like you are in a John Woo film as his trademarks are all there with plenty of slow motion, double gunplay, lots of ammo and of course doves galore.

Not only does Chow Yun-Fat provide his voice but Russell Wong, Arnold Vosloo and John Woo himself all make an appearance.

I love how you can just destroy everything including the scenery and it really is the perfect cure for a bad mood; it’s satisfyingly violent and when you get to dive in slow motion firing two guns at your enemies you will have a big smile on your face.

The plot gets a little convoluted at times but really, it doesn’t matter; all you’re looking for is to shoot the living shit out of your enemies and you get plenty of opportunities. Admittedly it can get a little samey and exhausting after a while but the fact you actually get to be Tequila from Hard Boiled is an action fan’s dream come true.

11 years later Stranglehold remains a massively entertaining action videogame and a fitting tribute to the maestro himself. Even though the graphics may be a little dated by today’s standards it’s still worth picking up.