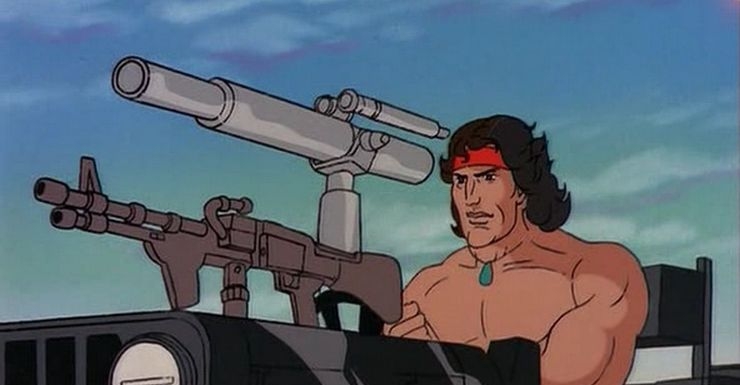 Remembering Rambo: The Force of Freedom (1986)

Plot: On Colonel Trautman’s request, John Rambo leads special unit The Force of Freedom against paramilitary terrorist organization S.A.V.A.G.E. (Specialist-Administrators of Vengeance, Anarchy and Global Extortion) all over the globe.

Ahh the 80’s when adult oriented R-rated properties were marketed towards children to sell toys… good times. I think we can all agree that Rambo: The Force of Freedom may well be the most ill-advised of these cartoons as it wasn’t really anything like Rambo with characters like Turbo or Kat who have nothing to do with the movies.

Actually, outside of Rambo and Trautman none of the characters will be familiar but you’ve gotta love General Warhawk and his henchmen Gripper and Sergeant Havoc (voiced by Peter Cullen Transformers fans).

Frank Welker also shows up as Mad Dog so it’s nice to hear some familiar voices. I never thought Neil Ross particularly sounded like Sylvester Stallone but he does okay. This is the chattiest you’ll ever see John Rambo who is now all of a sudden, a team player.

The best thing about the show is that it lifts the music from the movies and just puts it in so we regular get to hear Jerry Goldsmith’s epic theme as Rambo kicks ass with his squad.

In the movies Rambo will kill bad guys like they are nothing but this being for kids I don’t think anyone ever gets killed and instead after their tank explodes with them inside they get out and shake it off… phew! That was a close one. 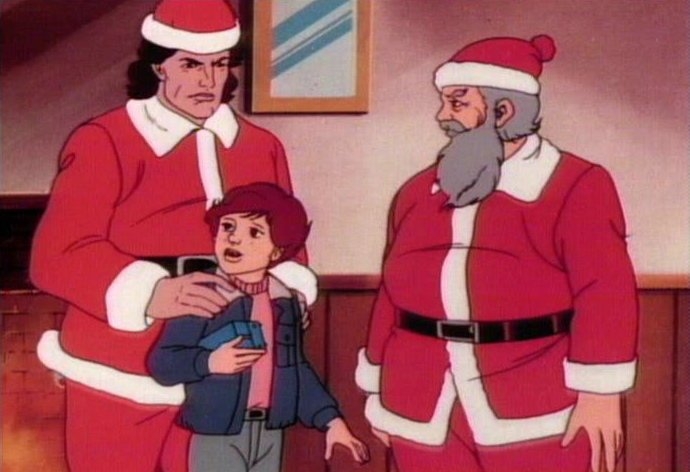 In a new low there’s an episode where S.A.V.A.G.E. steals Santa Claus and it’s up to Rambo to save the day and at one point he even dresses up as Santa (see above) yeah… and people complained about Last Blood.

As lame as this show was it was still awesomely entertaining and who can’t help but cheer with the epic opening sequence “get me… RAMBO!” Hell yeah!

In fact I’ll just leave it below to brighten your day.