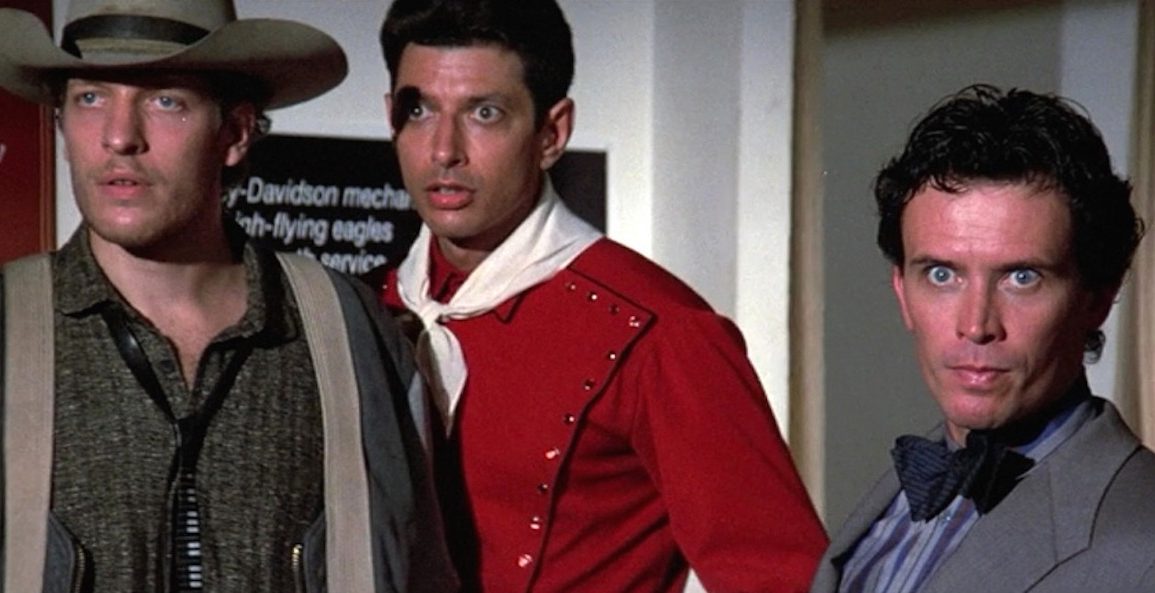 Arguably one the most ludicrously 80’s movies ever made The Adventures of Buckaroo Banzai Across the 8th Dimension is a mixture of multiple genres including action, comedy, sci-fi and even romance. I admit I only watched it for the first time recently and I’m glad I did as I found it hysterically funny and to me it’s a movie that is really beyond criticism.

It is meant to be silly nonsense with ridiculous characters and scenarios but the amazing cast seem game and knew exactly what they were doing. It’s like the filmmakers just smoked a bunch of weed then wrote the most out there script imaginable and for some reason it just works.

The cast includes Peter Weller, Jeff Goldblum, Christopher Lloyd, Jonathan Banks, Ellen Barkin, Clancy Brown, Vincent Schiavelli and a scene stealing turn from John Lithgow. This is Lithgow as we have never seen him before and I forgot just how good he is at comedy. The fact that his character is know as Lord John Whorfin and Dr. Emilio Lizardo just cracks me up and I adore the framed picture he has of himself in his spacecraft.

This movie is nothing but pure entertainment designed to make you laugh and it does just that with its imaginative story, crazy characters and memorable theme tune that sticks in your head long after watching.

In terms of action there are various chases and shoot-outs but none of it is to be taken seriously and is the kind of movie that is best viewed drunk/stoned.

Overall, The Adventures of Buckaroo Banzai Across the 8th Dimension is one of the most bonkers films you’ll ever see and it’s too bad we never got the sequel that was promised during the end credits as we need more movies like this in our lives which are just sheer harmless fun.