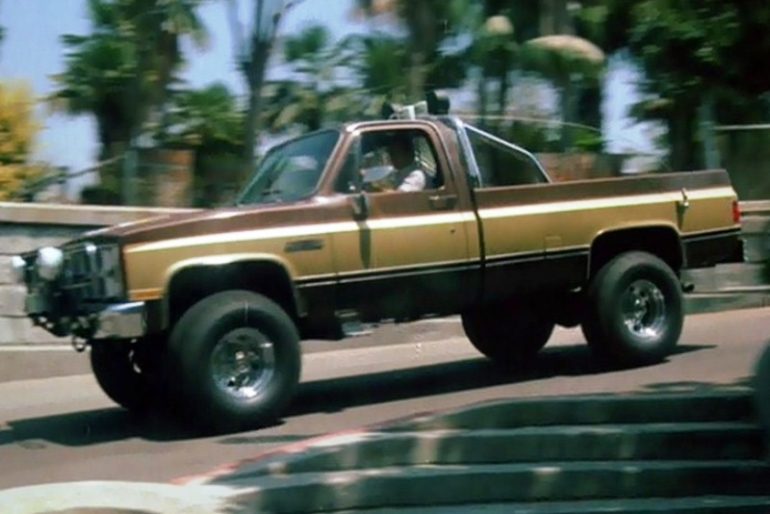 There’s no denying that Lee Majors is a Legend of Action with roles in Ash vs The Evil Dead, Walker: Texas Ranger, The Six Million Dollar Man and my personal favourite The Fall Guy which we are tipping our hat to today.

I was watching it recently and forgot just how awesome it was with some fantastic stunt sequences the like of which we rarely see now.

Just check out the classic helicopter stunt which is still spectacular.

In the show Majors plays the awesomely named Colt Seavers which is arguably the manliest name you’ll ever hear. Seavers is a film stuntman who moonlights as a bounty hunter when movie work is slow. It’s essentially an excuse for plenty of awesome action scenes and excellent stuntwork with Majors always the likable hero.

Sure, it’s cheesy by today’s standards but it’s still a lot of fun and who can forget that opening theme song?

It had some great guest stars too including the late, great Doug McClure from Warlords of Atlantis, Tom Selleck, Heather Lockleaer, Sid Haig & Dennis Fimple (House of 1000 Corpses), Lou Ferrigno, and Marshall Teague to name just a few.

One must always tip the hat to his GMC pickup truck which was involved in multiple awesome stunts.

There are a few episodes of the show on YouTube… not entirely sure if they are legal or not but there you go; I would give them a watch for some sweet nostalgia and because Lee Majors was the King.