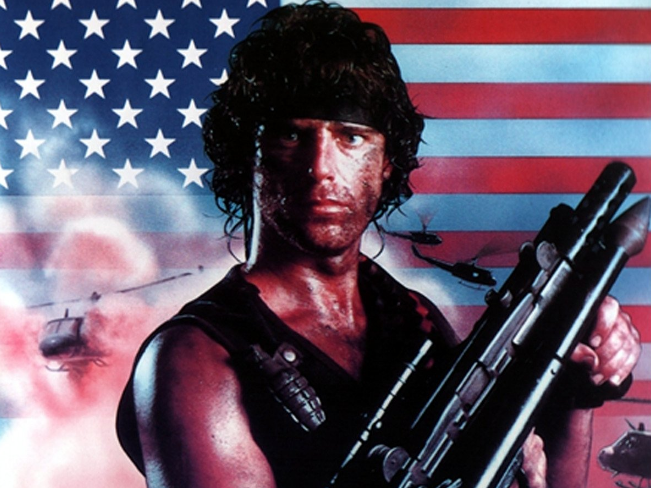 Plot: Commander and his small band of freedom fighters make life difficult for the VC after the Vietnam War is over. They free Vietnamese prisoners, and destroy enemy convoys every chance they can get. This severely upsets the evil Russian Vlasov, who is working with the VC in various nefarious enterprises.

I don’t know what it is about cheap 80’s Rambo knock offs but I just eat them up; The Last American Soldier AKA Commander is one of said rip offs with our hero Sgt. Roger ‘Commander’ Craig (Craig Alan) very much looking like Rambo with his long hair and headband.

The last movie I heard Craig Alan was in was back in 1994 called Endangered but since then there is nothing on his IMDB. He wasn’t especially memorable as Commander showing little in the way of emotion so we never really get the feeling that he is upset by anything, even the death of his wife.

Aside from that this movie has everyone I’d want from it with exploding huts, lots of firepower and nameless goons being destroyed like they were nothing. There is some awful acting and dubbing but let’s be honest that’s all part of the entertainment value. I love bad movies as you know so this is right up my street.

The story is all very familiar with Commander taking on the Russian Vlasov as well as various Viet Cong; no one is given any particular depth and you’re just waiting for Commander to take out the trash. The finale delivers plenty of explosions and a high bodycount but every second feels just a bit too familiar especially with the climax taking place in a helicopter so it’s just First Blood: Part II all over again.

The music is almost distractingly bad and very dated sounding feeling like it belongs to another movie altogether.

Overall, The Last American Soldier AKA Commander is yet another in a long line of Rambo rip-offs but if like me you enjoy these movies for what they are then you may have a good time and just enjoy watching things explode for a while.