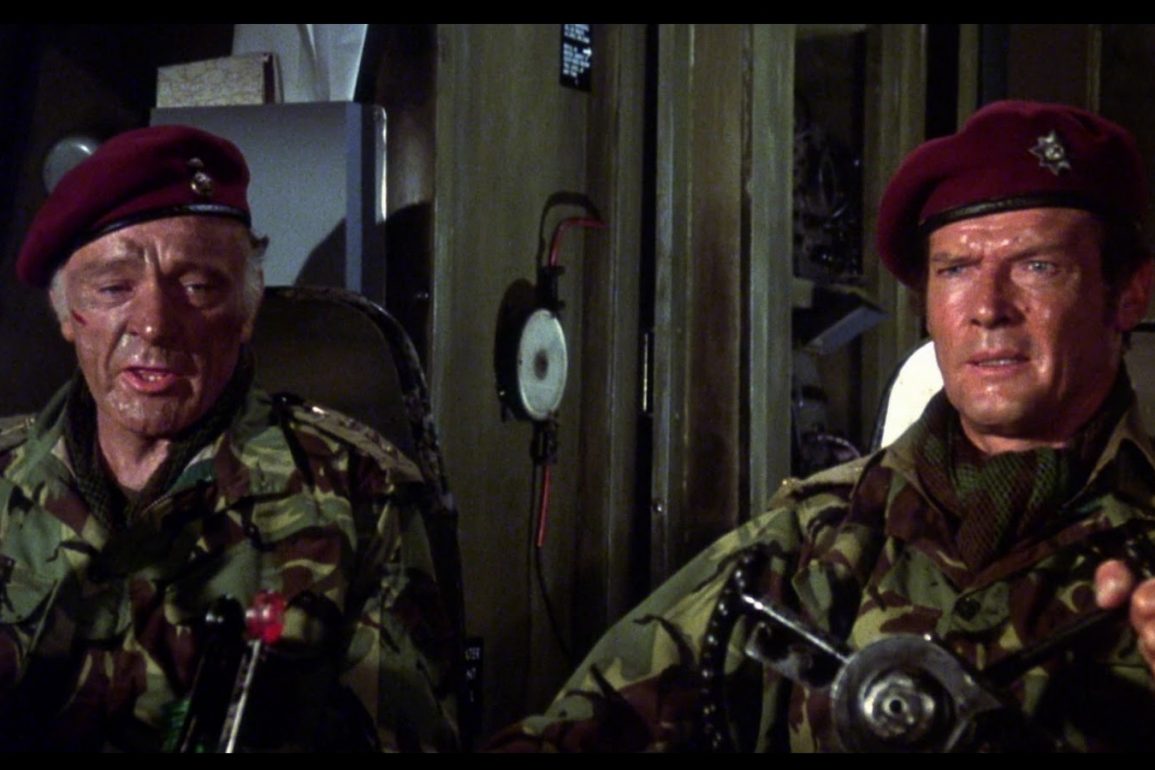 Plot: A British banker hires a group of British mercenaries to rescue a deposed African President from the hands of a corrupt African dictator.

I go into MAJOR SPOILERS in this article so if you have never watched this movie then read no further.

Richard Burton, Roger Moore and Richard Harris star in this classic Men on a Mission movie that is easily one of the best of the genre.

Burton was great in these types of roles and in The While Geese he plays Colonel Allen Faulkner, a mercenary with little sense of humour who barks orders at people to make him a drink and yet he is always so believable that he has the authentic military bearing.

Although Roger Moore has a few one-liners this isn’t James Bond; he is mostly serious and is in more of a supporting role with most of the drama featuring Burton and Harris. You also just know that as Rafer Janders (Harris) mentions that if he should not survive the mission he wants Faulkner to ensure Jander’s son is looked after so it’s pretty much a given that he is doomed from the start.

The performances are faultless with each character getting a moment to shine and we grow to truly care about them and their mission. When they are betrayed by their own people we root for them all the way and it’s obvious that not everyone will make it home alive.

Like The Great Escape this is surprisingly a rather downbeat tale but every team member feels like a real person and the mercenaries are every bit as ruthless as the soldiers they are up against. By the time it’s over you wonder what it was all about (as do they) as they don’t really achieve their ultimate goal.

The Wild Geese has a huge bodycount so no action fan should be disappointed as we get shoot-outs, explosions and more making the lengthy runtime move quickly. I’ll admit it does take a little while for things to get going on the action front but every moment is about build-up and characterisation so there were few moments I think you could trim.

The Wild Geese was criticized at the time of release by anti-apartheid protestors due to the nature of the story so it has more going on than just your typical boys’ own adventure flick; we have characters questioning the morality of going to another country to kill people they don’t know so you’re wondering if what they are doing is the right thing or not.

Overall, The Wild Geese would make for a great double bill with Where Eagles Dare (which also stars Burton) as both are filled with great characters, memorable dialogue and some spectacular action. If you’ve never seen it, it’s on Prime now which has been keeping me sane during this tedious year so I highly recommend checking it out.